The Le Mans 24 Hours-winning Team Goh squad has withdrawn from this month's Suzuka Intercontinental GT Challenge event and played down its plans for a full-season campaign in 2020. 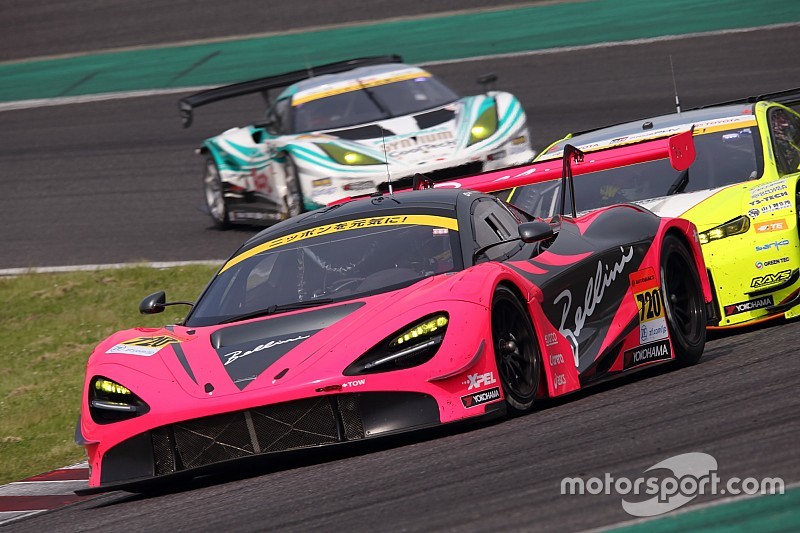 Goh has axed its Suzuka 10 Hours assault with a pair of 720S GT3s entered under the McLaren Customer Racing Japan banner, citing concerns over the Balance of Performance.

Team boss Kazumichi Goh told Motorsport.com that he believes the BoP is behind the poor form of the solo McLaren the team is fielding in the GT300 category of the SUPER GT Series after a 10-year layoff.

He explained that he wasn't expecting to be any more competitive at Suzuka because IGTC organiser the Stephane Ratel Organisation also sets the BoP for the GT300 class in Super GT.

"SRO have been very conservative with the BoP and we haven't got the boost pressure we need to be competitive," said Goh.

"I'm not blaming SRO, because the problem they have is that there aren't many McLarens racing in its series around the world.

"They don't have the same data about the car, which is why they have been so conservative."

SRO boss Stephane Ratel stressed that the BoP in SUPER GT is complicated by rules that allow for multiple tyre manufacturers, whereas his other series all run on control Pirellis.

"If you look at the British GT Championship, the McLaren has done well and been on the podium [with Balfe Motorsport]," he said.

"It is difficult to make judgements about the BoP in SUPER GT because some cars are on development tyres and some are on customer tyres."

Goh revealed to Motorsport.com in January that he intended to contest the full five-round IGTC in 2020, but he has now backed away from a firm commitment.

He explained that he is reconsidering that plan and will only compete if there were McLarens competing in SRO's Blancpain GT Series, which will be renamed the GT World Challenge Europe Endurance Cup in 2020.

Its preparations for the 10 Hours included five days of testing on the Pirelli control tyre mandated in the IGTC at Suzuka in the first half of the year.

Palou and Ara's best class result so far in Super GT is 13th at Suzuka in May.

The team missed the most recent round of the series at Buriram in Thailand last month, but is due to contest this weekend's Fuji event.