Endurance-Info's Laurent Mercier takes a look at the soaring costs of racing, specifically endurance racing, and how much it is to insure it all.

Never has an edition of the 24 Hours of Le Mans had so many ups and downs with another withdrawal only a week away from the start of the race. For many teams, budgets are getting tighter and tighter, and we could still see more teams calling it quits by the end of the year in various championships.

Sponsorship is difficult to find without including possible mechanical breakdowns or incidents. It’s obvious that racing cars cost a lot of money, but just how much? We won’t even go into the costs associated with an LM P1-H (Audi, Porsche, Toyota), but as a general idea, an LM P2 costs around 370,000 Euros, a little more than a GT3. In GTE, a Ferrari F458 Italia sells for 500,000 Euros and nearly 1 million Euros for a Porsche 911 RSR. To this you still have to add various ancillary costs. As a comparison, the winner of the Roland Garros mens tennis tournament final will take home 1.65 million Euros. First round losers are awarded 24,000 Euros each. And those are tennis sums, which are far and away much higher than the prize money given in endurance racing. 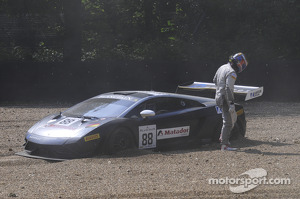 After writing about the costs associated with running an LM P2 over a season-long campaign, we turned our attention to insurance, more specifically what it takes to insure cars and teams. It’s a cruel dilemma for many drivers and teams.

“In case the car is damaged, there is an exemption to pay,” explains a full-time driver entered in LM P2 for this year’s 24 Hours of Le Mans. “We always race with that on our minds because one off track excursion can lead to big problems. We can’t deny that we are led to drive a little under the maximum because of the consequences. It’s up to us to find solutions. The exemption we must pay is 25,000 Euros up to 140,000 Euros in damage. But when you take into account that the smallest carbon fibre piece costs 25,000 Euros… If the damage costs more than 140,000 Euros, you add another 25,000 Euros, and so on and so forth. Before, we could buy back the exemptions, which is no longer possible. In short, we are forced to find backing to pay for damage. To compare, the exemption in GT3 is 20,000 Euros.

“It’s becoming so expensive that it’s complicated to find an insurer,” the LM P2 driver continues. “There are even teams that don’t insure the cars. Motor sport is like a drug. Once the adrenalin gets pumping it’s hard to ignore.”

In racing, insurance prices are high. The cost of a season in European Le Mans Series and at Le Mans is around 850,000 Euros, while the Blancpain Endurance Series and 24 Hours of Spa cost 550,000 Euros.

“Insurance companies that cover competition vehicles are getting more and more rare,” explains a team principle. “There are only two or three that are reliable. You have to give the price of the car when new, as well as the amount to be covered. The total depends on the amount to be reimbursed. You can also get an insurance that will cover the car in its entirety. The exemption remains the driver’s responsibility. Depending on what type of damage, the cost raises.” 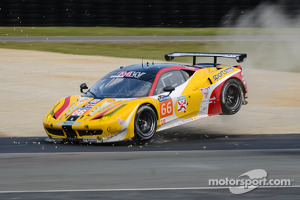 To make a claim with the insurance company, you must first have a document from the race director that certifies the accident. Same thing for the driver, who must also confirm that he/she was driving at the time. Then you have to show photos of the damaged car, as well as the work being done to make repairs. Then the team must make an inventory of all the parts used with an option to include labour costs. An expert analyses everything before an money is paid out.

We will continue this series soon with a look at personal insurance for the drivers through Racecare.

Stevens starting to “prove himself” with Le Mans Am win