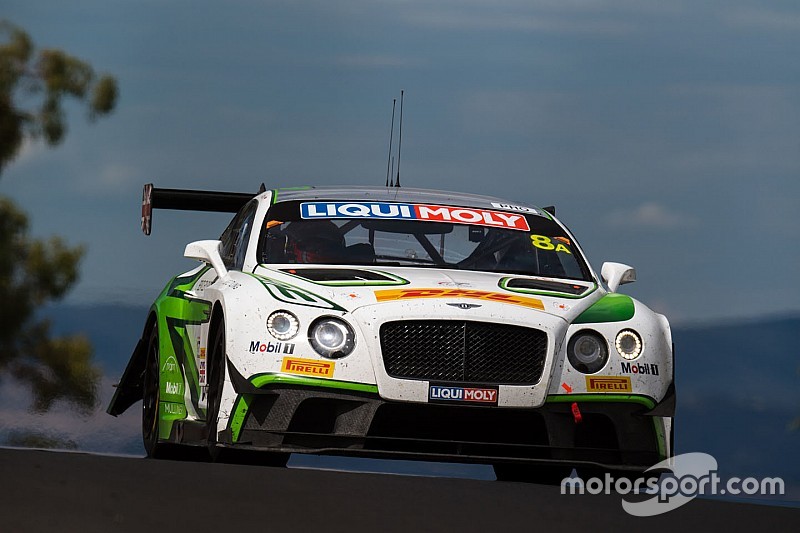 Oliver Jarvis says he’s never seen a race as “brutal” as yesterday’s Bathurst 12 Hour, after the Briton finished on the podium on debut for Bentley.

Jarvis, Steven Kane, and Guy Smith combined to finish third in the M-Sport Bentley, a spot earned largely on keeping out of trouble after a difficult build up saw the trio qualify down in 23rd.

Having survived the carnage, Jarvis later reflected on what he thought was one of the more brutal races he’s been a part of, particularly in the early stages of the 12-hour affair.

“This is an incredible place and I don’t think I have ever been in a race as brutal as that,” said Jarvis, who recently switched to Bentley after a lengthy stint as a factory Audi driver.

“I have been involved in a lot of endurance racing but I have never seen so much carnage within the first three or four hours of a race, and some of the top drivers sticking it into the wall.

“We had a game plan simply to stay on the lead lap. We didn’t have a great run up to the race with a lot of issues with the brand new car but the team did a fantastic job.

"It didn’t stay issue-free throughout the race, but coming out third is a great result and a credit to my teammates."

Smith added that the unlikely podium was something all three drivers should be proud of, despite not being able to challenge the Maranello Ferrari for the win.

“We had a couple of issues throughout the race and basically were just trying to stay on the lead lap,” he said. “Ultimately we didn’t have the pace.

"[But] if you had told us last night after qualifying 24th that we would be on the podium tomorrow we would have taken it all day long.

“We are very happy; the team did a fantastic job and congrats to all the guys here for a great race.”