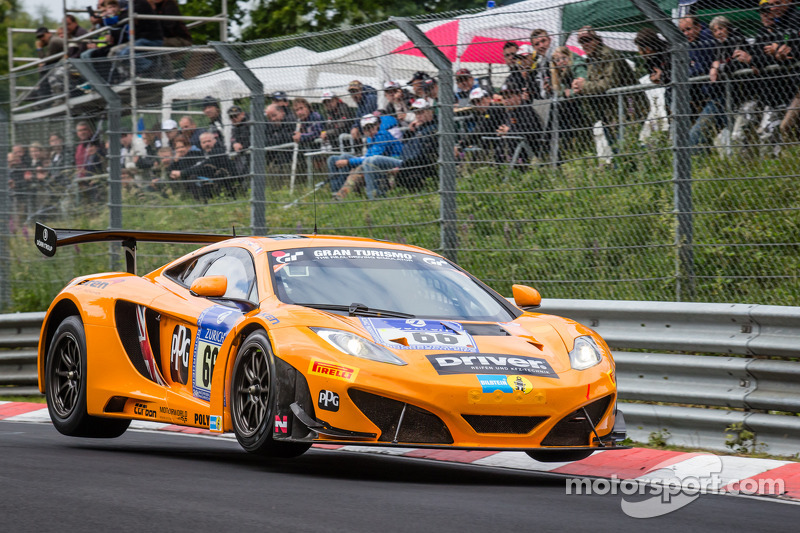 The lineup for the 24 Hours of the Nürburgring has been set.

During Friday's Top-30 Shootout at the Nürburgring, Dorr Motorsport's Kevin Estre threw down a time that no other team could match. His lap of 8:10.921, is the fastest ever in qualifying for this event, which has taken place since 1970. He will share the car with Peter Kox, Tim Mullen and Sascha Bert in their search for victory. 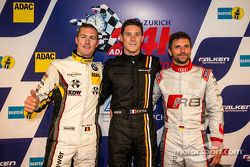 This marks the first Nürburgring 24 pole for both Estre and the McLaren MP4-12C. The No. 25 BMW Sports Trophy Team Marc GT3 machine of Maxime Martin came the closest to the blistering fast MP4, but he was still 2.576 seconds adrift of the pole lap.

Christian Mamerow drove the Phoenix Racing Audi R8 to third on the grid, followed by the No. 14 Black Falcon team. Their No. 9 Mercedes SLS AMG took overall honors in 2013. BMW rounded out the top five with Dirk Werner in the No. 19. The session ran without incident.

This grueling 24 hour endurance race on the Nordschleife will get underway at 4pm local time tomorrow.

CLICK HERE to see Motorsport.com's growing photo gallery for the 24 Hours of the Nürburgring

Top ten qualifying for Aston Martin at the Nürburgring