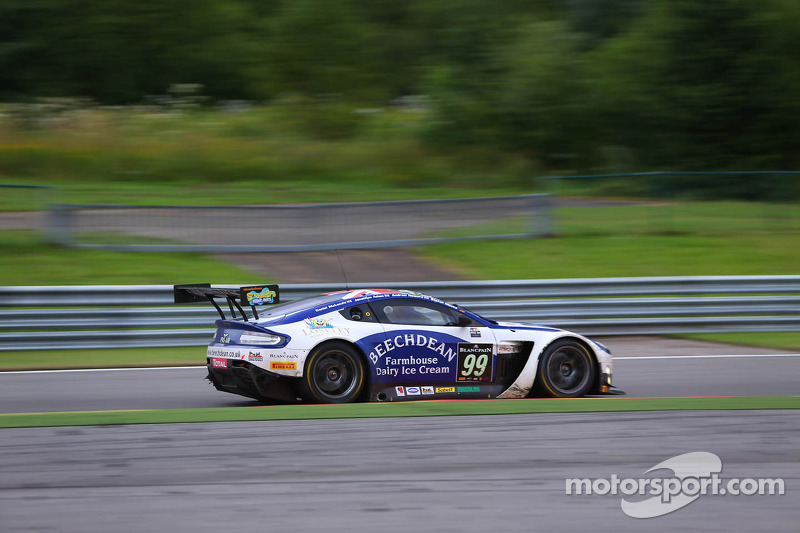 The Aston-Martin customer team Beechdean AMR were really unlucky at the 24 hour race in Spa-Francorchamps (Belgium). 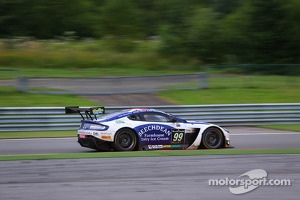 In the end there were overall ranking 28 on Sunday afternoon (28th of July) and position ten in the Pro-Am class.

The German Aston-Martin works driver Stefan Mücke, who scored the pole position in between the field of the about 70 cars on track on Friday evening (26th of July), was able to stick to the top group of the field right after the start in a double stint. After position nine after the first pit stop, he made his way up to overall position three and led in his class.

"But during the night, when one of my driver colleagues was behind the wheel, the Front splitter of the car loosened and slashed a tire“, the 31 year old explained. "Early morning, the team had to fix the Vantage in the pit again, because the incident made more damage and we lost almost one hour.

So there was no chance anymore to get a position at the front of the field." But it was very important to show the great performance of the Vantage.

Stefan Mücke will be on his way to South Korea already on Tuesday (30th of July). The first season event of the Asia Le Mans Series with the three hour race of Inje (about 130 km off the capital city Seoul) is scheduled for coming weekend (2nd to 4th of August).

This will be the first season run and the Berlin will be behind the wheel of the Aston Martin Vantage GT3 together with Frank Yu (Hong Kong).