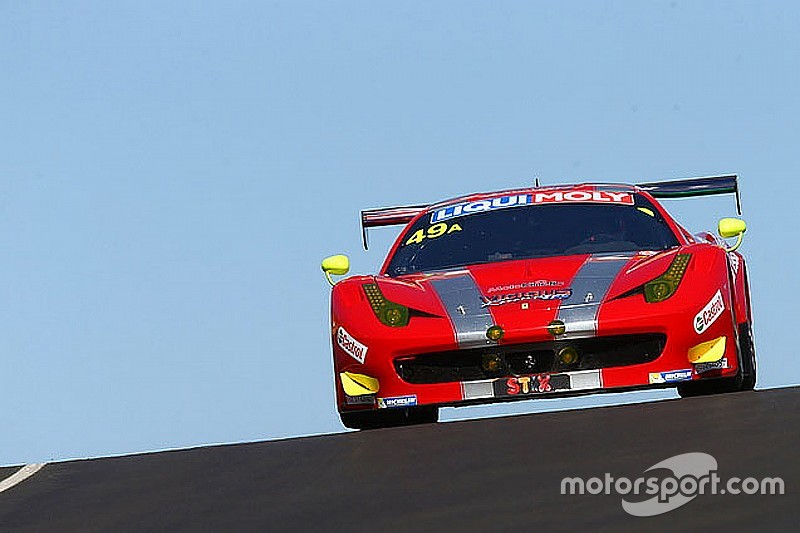 While D’Alberto has a history with the team, having run the majority of the Australian GT Championship with them in 2015, the Bathurst event will be Pye’s first outing in top-flight GT3 machinery.

“Everyone talks about the fact that every time you get to drive at Bathurst its special and I’ve been wanting to drive a GT car for a long time. I’m really excited and grateful for the opportunity,” said Pye.

“I’m going to grab it with both hands and do the best I can. Enduro time in the V8 Supercars is always fun – difficult, but fun, and I always enjoy teaming up with a co-driver.

“This race something I have wanted to do for a while now, but probably didn’t feel like I was completely ready last year and I wanted to focus on what we were doing in the main series.

“So I thought I’d wait another year and this has come at the perfect time. You could say I have unfinished business at The Mountain and the 12 Hour is a race I want to win. Maranello has done that in the past and I think it’s the right team with the right drivers to do just that.”

“The last time I drove a car lots of downforce was during my season in Formula 3 in 2011. Any time you go across the top of the Mountain it feels good and I’m looking forward to doing it in a car with lots of grip like the Ferrari.”

The team has a mixed history with the 12 Hour race; after winning in 2014, its 2015 campaigned ended in tears after practice when D’Alberto was involved in a weekend-ending crash.

Plenty of novelties and capacity grid for 24H Dubai