Mercedes muscle to the front early in 24 Hours of Dubai 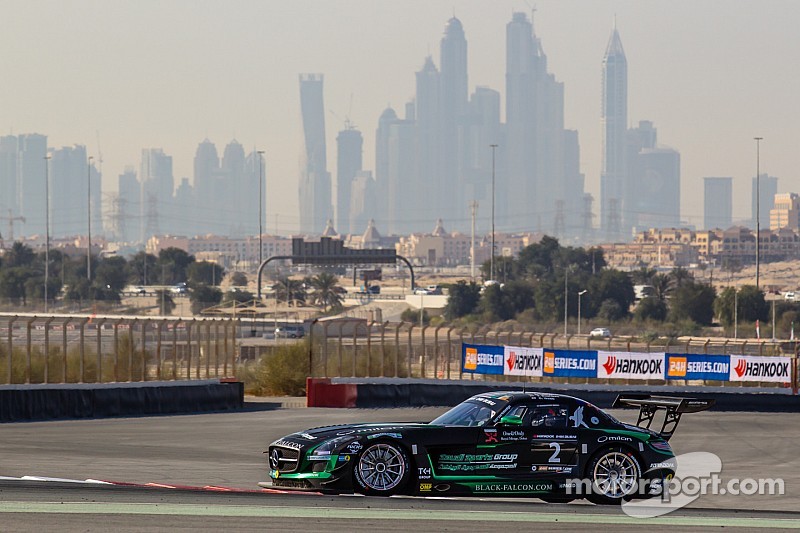 The Fach Auto Tech Porsche started the race from pole position and led early on, but within the first three hours Mercedes took control of the race.

At 14.00 local time, His Highness Sheikh Juma al Maktoum and Dr. Mohammed Ben Sulayem president of the ATCUAE each waved a United Arab Emirates national flag to unleash the field of 89 cars for this year's tenth running of the Hankook 24 Hours of Dubai held under the patronage of His Highness Sheikh Hamdan Bin Mohammad Bin Rashid Al Maktoum, Crown Prince of Dubai and Chairman of Dubai Sports Council.

UAE based teams battling in all classes

UAE based teams and drivers were battling it out a the sharp end of their respective classes, with the Memac Ogilvy Duel Racing SEAT leading the A3T class and the Lap57 Honda slugging it out among the top three in the A2 Class.

The race will run until 14:00 on Saturday when the chequered flag will wave to bring proceedings to an end, followd by the traditional podium ceremony.

Throughout the two race days the Dubai Autodrome paddock will be a hive of activity with a myriad of off-track entertainment and attractions for the whole family, with free entry to the circuit - including access to grandstands and paddock area.