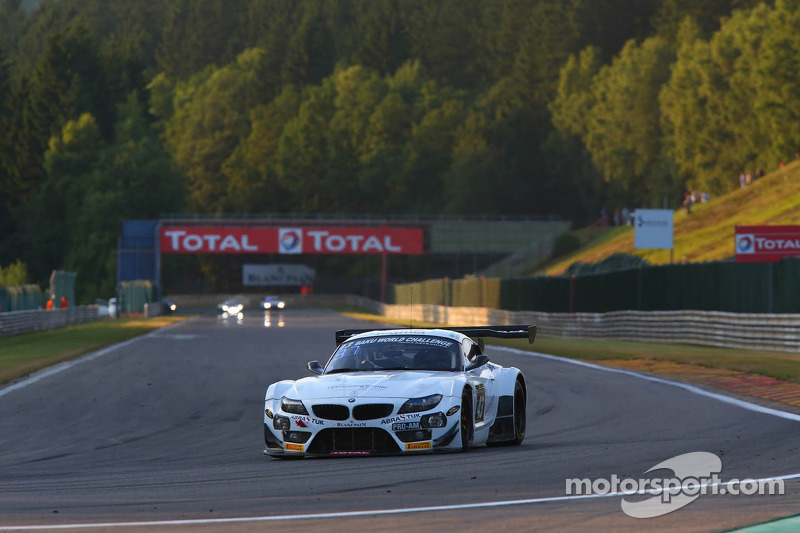 The Italian female racer had to surrender early in the night when a tire failure sent her car spinning.

It's been a second experience to forget for Michela Cerruti at the 2013 24 Hours of Spa-Fracorchams. The Italian female racer, who lined-up in the classic Belgian race aboard a BMW Z4 GT3 prepared by ROAL Motorsport, had to surrender early in the night when a tire failure sent her car spinning at the exit of the Eau Rouge-Radillon complex. 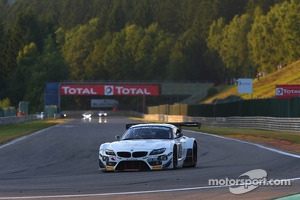 At that point, Michela was forced to park her car at the end of the Kemmel straight, in a bitter finale for the driving trio which also included Stefano Comandini and Luca Rangoni.

After the first three hours of the races, that had brought the Italian squad from the 39th place on the grid to the 19th place overall (4th of the Pro-Am class), the night brought some bad news as a sudden increase in the rear tire temperatures gave some hard times to the drivers.

After a contact with the barriers by Rangoni, an one-hour stop for repairs made the team fall down the order. Then, after being back on-track, the last, tough break came and it stopped the team's hopes for good.

"I've been lucky because I realized that something was wrong with the car, so I had adapted my pace accordingly and when the right rear tire went down at the exit of Radillon, I was ready to lift.

I spun out, and after being narrowly missed by two other cars, I found myself back in the right direction but, unfortunately, our race was over.

We still haven't figured out what caused the tire pressure increase after three hours, but definitely it's been a key factor also in Rangoni's exit.

"From a driver's perspective I found myself well suited. I was at my second run so not everything was completely new. Especially at night, the team was pleased with the pace and the first stints had brought us to a competitive position.

Despite the issues we still have in understanding the tires in qualifying, we showed that we can definitely be competitive on Race Day so we can look forward to the next rounds with confidence...".