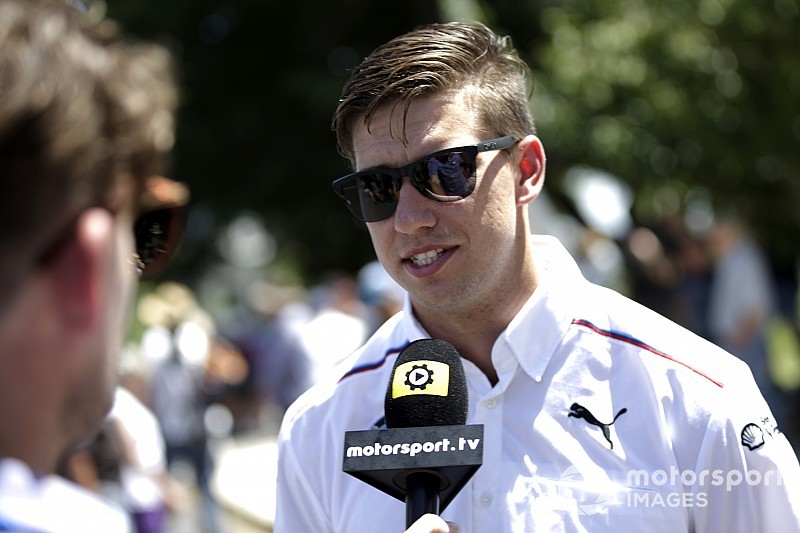 Chaz Mostert is set to form part of BMW's line-up for the second round of the Intercontinental GT Challenge at Laguna Seca.

The Supercars star will continue his flirtation with BMW's GT programme with a spot in the California 8 Hours line-up.

The outing will be his third for the German carmaker this year, Mostert having raced an M8 GTE at the 24 Hours of Daytona and a Schnitzer M6 GT3 at last weekend's Bathurst 12 Hour.

He's expecting to team up with BMW's only two fully-confirmed IGTC drivers Martin Tomczyk and Augusto Farfus, reprising the line-up that finished fifth at Mount Panorama.

It could be his last appearance in BMW colours for the season, though, with the busy Supercars schedule set to rule him out of any other major GT races this year, except perhaps a return to Macau in November.

"As far as I know [it's] just Laguna, and that’s the end of my year with BMW, unless something pops up at Macau," Mostert said.

"But yeah, it’d be awesome to get to Laguna. I’ve never been there before, it looks like a wicked racetrack.

"Martin and Augusto, they’ve been absolute legends, they’ll be able to hopefully teach me the ropes at Laguna. And I’m always excited to race with the Schnitzer team, the guys are really, really professional."

BMW's motorsport boss Jens Marquardt said he'd love to have Mostert involved in as many races as possible, but that his Supercars commitments with Tickford Racing makes it difficult.

"He has a schedule [in Australia] that we have to respect," he said. "But wherever we have a possibility to have Chaz in the car, we will try and do so.

"There are Asian races, we look at America – he was at Petit Le Mans last year as well.

"[It's] not only the speed, but also the type of guy he is. He is just really a pleasure to work with. And he is super quick."

Supercars Bathurst pre-season test "not off the table"