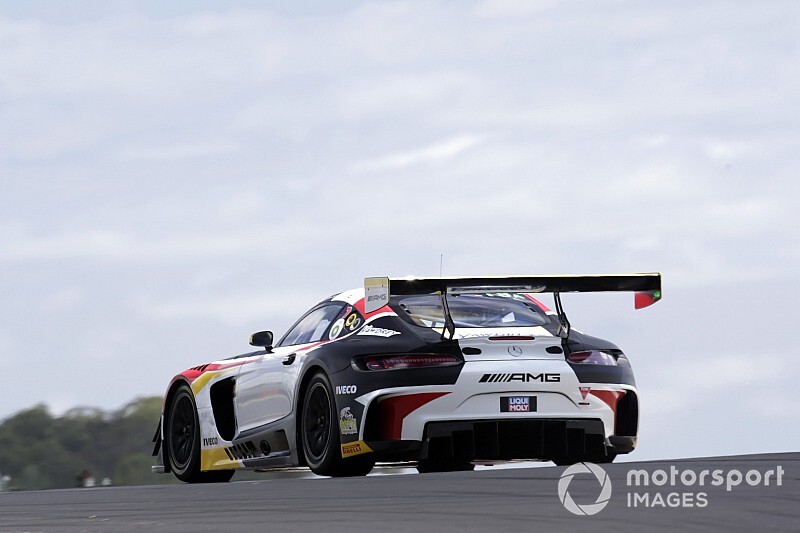 Harrison Newey and Dirk Muller will both make their Mount Panorama debuts this weekend after being named as late additions to the Bathurst 12 Hour grid.

The pair will join team owner Mark Griffith in the Nineteen Corp Mercedes AMG GT4, one of two Class C entries in the 39-car field.

For Newey the Bathurst debut comes just days after he teamed up with Ben Hanley, Colin Braun and Henrik Hedman to win the LMP2 class in the Rolex 24 Hours at Daytona for DragonSpeed.

"Straight after the win [at the Rolex 24] I'm heading to [the Bathurst 12 Hour] this weekend," he wrote on Twitter. "Two of the biggest endurance races in the world in the space of a week is pretty darn cool.

“I won Daytona now I need to go and win Bathurst so let’s see how it goes."

Former Ford factory ace Muller, meanwhile, added: "Really grateful that I will be racing in Bathurst for the first time!

"I’m really looking forward to this new challenge with a new team, track and a new teammate."

Track action for the Bathurst 12 Hour kicks off on Friday, with Sunday's race to be streamed on Motorsport.tv.