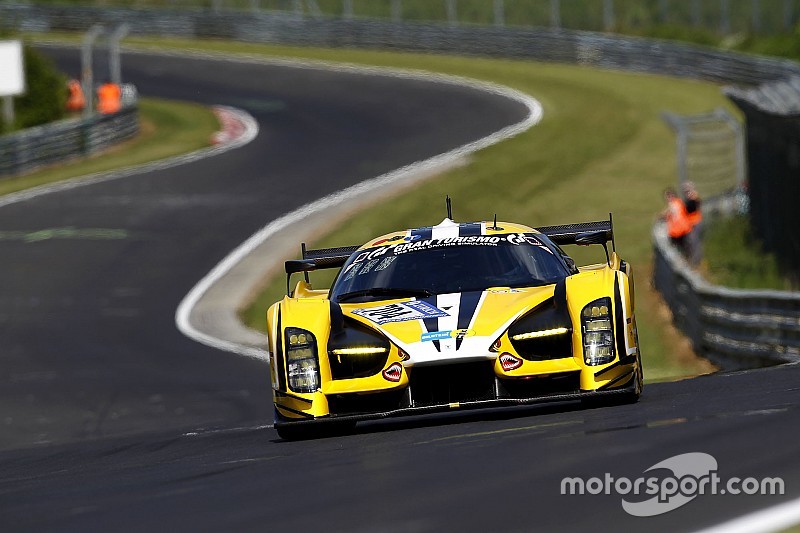 After an average first lap around the infamous Nordschleife, American racer Jeff Westphal took the #704 SCG003C to a lap of 8m15.427s, the biggest surprise of the weekend so far.

"This lap was at the limit," Westphal said. "I had a lot of oversteer in the car. But for us it was about all or nothing today. My first lap was okay already but I had a few corners I knew I could do better."

This earned team boss James Glickenhaus the "Glickenhaus Trophy", an award Glickenhaus himself had brought about in 2016.

"The Nurburgring 24h is like Woodstock," he said. "It's a festival of motorsports. I'm proud that by achieving this pole position our team is now part of the myth."

Robin Frijns in the #9 WRT Audi rounded off the top three, another tenth down on the surprise polesitter.

"Maybe I should have saved my tyres for a second flying lap," de Phillippi said.

Frijns added: "I didn't want to crash so I brought the car home safely. Our starting position is nice but there's a 24h race ahead of us. And we all know a lot can happen during the race."

The #22 WTM Racing Ferrari 488 GT3, the sole car of its make in the 157-strong field and the pacesetter in Friday's second qualifying session, lines up fourth on the grid in front of the #10 WRT Audi.

Reigning champion Maro Engel and the best-placed Mercedes-AMG GT3 of Black Falcon will start from seventh, with Sven Muller and the fastest Porsche 911 GT3 R of Manthey Racing starting from eighth.

The #43 Schnitzer Motorsport BMW M6 GT3, which led Thursday night's first qualifying session in the hands of Augusto Farfus, had to settle for 10th place, nearly three seconds off the pace.

Canadians Spengler and Wittmer are teammates at the Nürburgring