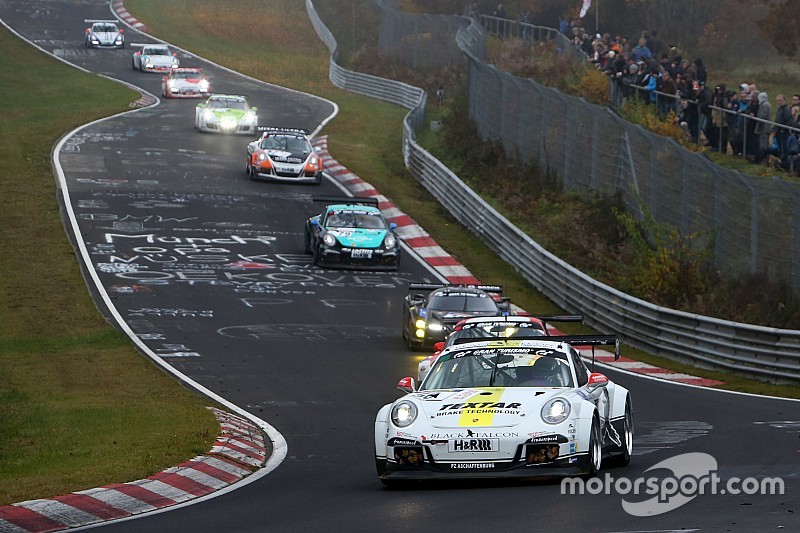 Leading racing teams at the Nurburgring Nordschleife came together to form an alliance to try to push the German motor racing federation (DMSB) to amend its rules for the 2016 season.

A drivers' task force with Nordschleife expert Dirk Adorf at the helm had made several suggestions to DMSB about how to make racing at the infamous track safer and less bureaucratic for everybody involved.

However, in a recent press release, DMSB took up only a few of these suggestions, resulting in strong opposition from the drivers' task force.

Now, leading racing teams at the Nurburgring joined them in crying foul at DMSB.

"As long as there is no agreement on the suggestions of the drivers' task force we will not participate in any race," says Olaf Manthey, the teams' spokesperson.

Manthey Racing, Frikadelli Racing, Black Falcon, Car Collection and several other teams that claim to already make up "more than 100 race cars together" would go as far as boycotting both the 2016 24-hou4 race at the Nordschleife and the VLN endurance races.

Race organisers ADAC Nordrhein and VLN support the teams' cause, the focus of which are new regulations for code 60 periods and a less bureaucratic approach for DMSB's Nordschleife permit.