Only at The Ring: Unique cars competing in the 24 Hours 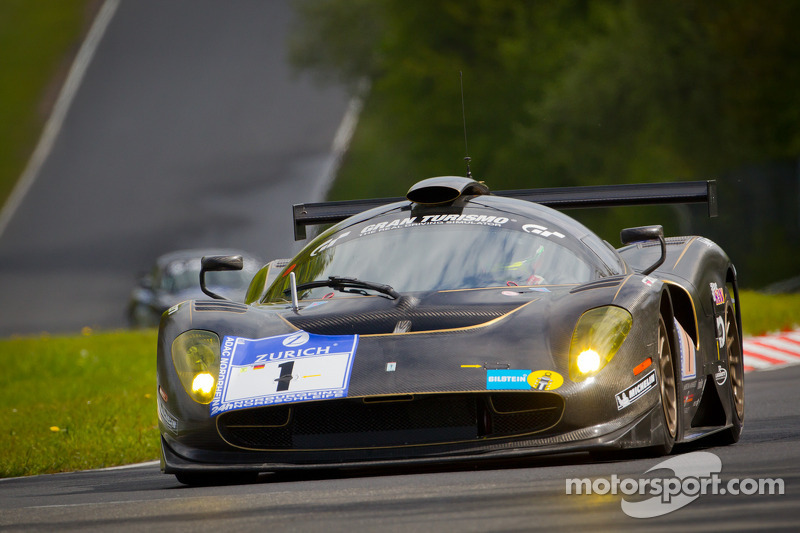 Much of the attention at the Nurburgring 24 Hours these days is focused on the top-flight GT machinery piloted by some of the world's best pros. Seeing these cars and drivers tackle the Nordschleife with maximum commitment is a huge part of the race's attraction, but there's another, equally fascinating side to the Ring 24 Hours, and one that goes back to the event's roots. The bulk of cars on the huge entry list are lower-budget, privateer entries, sometimes just groups of enthusiasts out to enjoy their racing and make it to the finish. Others have even more interesting twists – here are just a few:

The pet project of New York investor and former film director Jim Glickenhaus, the P4/5 Competizione is a truly unique racing car based on the owners' one-off Ferrari P4/5 road car. That creation was itself inspired by the beautiful P series Ferrari racers of the 1960s, but whereas the Glickenhaus' road car was built on a Ferrari Enzo chassis, the Competizione version of the P4/5 uses the mechanicals of a Ferrari 430 GT2 machine. This year, the Competizione has been further upgraded with aero improvements and the addition of a Magnetti Marelli KERS energy recovery system. It'll be raced by former Ferrari works driver Nicola Larini, Italian touring-car star Fabrizio Giovanardi and German GT racer Manuel Lauck. 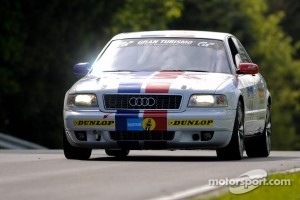 Audi A8 – a touching tale

Looking a little out of place amongst the low-slung, purpose-built race cars, this huge Audi luxury saloon has more to it than meets the eye. A similar car, prepared by former F1 engineer Erwin Derichs, raced at the Nurburgring in 2010, but this year's running has a poignant tinge to it, as Derichs sadly passed away suddenly just eight weeks ahead of the race. His friends and colleagues have decided to give this newer A8 one last run on the Nordschleife before handing it over to his family as a memorial gift. Nearly 850kg has been shaved off the Audi compared to the old version, but it still weighs a hefty 1,650kg and sports some wood trim on the dashboard and gear selector! Yet with 500bhp on tap from its W12 engine, the A8 is not short of speed in a straight line. And quattro four-wheel-drive gives it plenty of traction, especially in the rain. “We can leave the GT3s standing in the wet,” laughs Keith Ahlers, the former Morgan GT driver who is sharing the car with three German privateer drivers. He says the car is deceptively relaxing to drive thanks to its automatic gearbox and power steering and also believes it will make it through the race on a single set of brake pads on its upgraded Porsche 996 brakes and just one, or possibly two, sets of tyres. This will help the team them climb up the order as other spend more time changing parts in the pits.

Jaguar works teams have a long and proud history in endurance racing, but the smart XF-S saloon seen at the Nurburgring 24 this year is a project with a difference. It has been built and run by a team of Jaguar factory employees working in their spare time, but with the blessing of Jaguar UK. Ian Carver, one of the mechanics on the team, says the plan to enter the race was simply cooked up over lunch in the factory one day. “We felt that this was race Jaguar needed to have a presence at,” he said. “We've tried to keep the car as close to standard as possible, but there are a few tweaks, like the large rear wing for extra downforce in the high-speed corners.” The car is running in the region of 300bhp and the team are hoping for a consistent and reliable run to the finish.

Opel Manta – Classic among the moderns

Respected German race team Kissling Motorsport usually runs more up-to-date Opel racers in the Nurburging VLN series, but every year for the 24 hours, the fan favourite Opel Manta from the 1970s is wheeled out. Although there is a three-hour race dedicated to classic cars on the Friday of the event, Kissling always like to test themselves against more modern machinery and over a longer duration. The sight of the retro coupe raises a cheer from fans at every corner on every lap of the race, and the team will be looking to repeat their performance from 2011, when they completed the 24 hours and finished ahead of all the other, more modern Opels entered in the race.

The Gazoo Racing team has become a familiar sight at the Nurburgring 24 Hours over the past number of years. Formed of Toyota factory staff from Japan, they have run prototype versions of new Toyota and Lexus performance cars in the race as part of the cars' development progress. The much-anticipated GT 86 rear-wheel drive sports car was raced at the Ring in a VLN event before it even made its official public debut – much like the Lexus LF-A several years ago. Now the GT 86 is officially on sale, participating in the race gives Toyota a chance to show off the car's capabilities to the 250,000 car enthusiasts gathered at the Ring. The drivers include professionals Masahiko Kageyama, Hiroaki Ishiura, Kazuya Oshima and Takuto Iguchi, as well as Toyota employees Yoshinobu Katsumata and Minoru Takaki. The two race-prepared Gazoo Racing GT 86s will be joined by a pair of Toyota Motorsport Europe-prepared cars in close to showroom specification, entered by the brand's Swiss importer. A single Lexus LF-A supercar returns this year, piloted by the all-star lineup of Takayuki Kinoshita, Akira Iida and Junichi Wakisaka.

Action aplenty in the opening hours of the Nurburgring 24