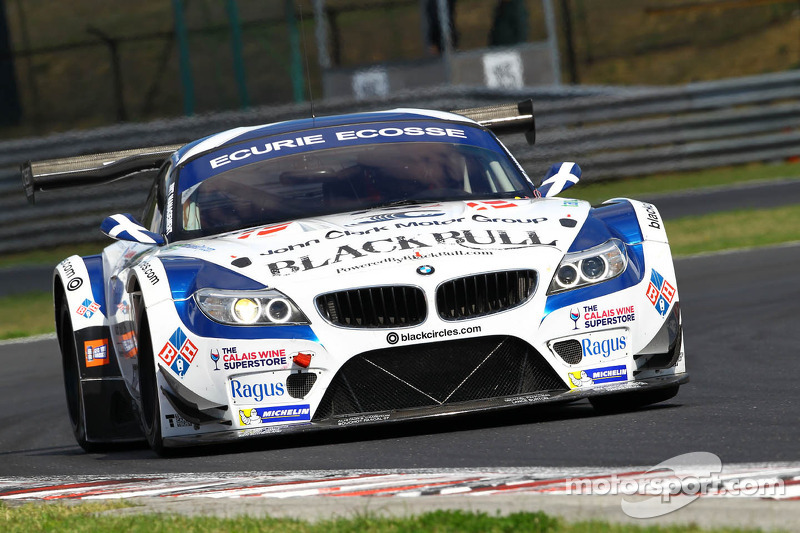 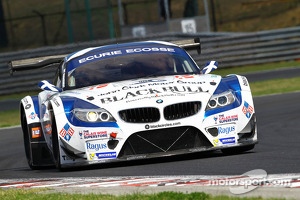 Unfortunately, the youngster’s good work for the legendary Ecurie Ecosse powered by Black Bull outfit was undone when a rival car eliminated their Barwell Motorsport-run entry from the race just 15 minutes before the chequered flag, robbing the team of a near-certain top-three finish.

Millroy arrived in Hungary as the GTC class Drivers’ Championship leader following three successive podiums at Silverstone, Imola and the Red Bull Ring. And with his extensive knowledge of the Hungarian Grand Prix circuit – accrued as a scholarship driver during the 2009 Formula BMW Championship – Millroy travelled to the venue confident of extending his podium streak.

These would prove irrelevant however when they arrived at the circuit for GT qualifying on Saturday, with heavy rain turning the session into a lottery. As such the team elected to run Millroy's team-mate Joe Twyman in the monsoon conditions, allowing him to gain valuable circuit knowledge ahead of the race, while Ollie would take the controls for a single installation lap at the conclusion of the 20-minute session.

Alasdair McCaig was behind the wheel when the team lined up fifth on the grid for Saturday's race and, after producing a fantastic start in the tricky damp conditions, delivered a consistent 45-minute stint before handing the car to Millroy.

Though the circuit was now starting to dry the team decided it was still too early to send Millroy out on slick tyres for the start of his 85-minute stint, so the youngster completed five laps on wets before pitting to make the switch. He then delivered an outstanding shift aboard the Z4, setting the GTC class pace and eventually pitting in P2 with 45 minutes remaining.

Twyman took over the car with the team's fourth podium of the year on the horizon, only for a GTE-class Ferrari to make heavy contact with the BMW just 15 minutes from the chequered flag. The damage to the front suspension was severe, and despite the Barwell Motorsport crew's best efforts there was not enough time to carry out the required repairs. As such, the outfit suffered only their second retirement in two seasons of competition.

Ollie and the team are now focussed on preparations for the season-closing ELMS race at Paul Ricard in France (27/28 September) where they will attempt to regain lost ground and secure the GTC title.

Ollie Millroy: "It is a real shame to have retired from the race this weekend after such a strong showing from the whole team. We made some set-up changes on Saturday night and the car was a dream to drive for my stint. I really thought we were on for another podium but sometimes motorsport can be cruel. We now need to do everything we can to try and win the championship at Paul Ricard in a fortnight's time."

Mark Lemmer, Barwell Motorsport Team Principal: "With 20 minutes to go we were just 30 seconds off the leader and looked set for another top result. To be so carelessly taken out by another competitor at such a late stage was a really cruel blow. All we can do now is look ahead to Paul Ricard."

VLN: Audi TT RS victories in SP4T and SP3T at the Nürburgring