Michael Schumacher, Ayrton Senna and Jackie Stewart could each make strong claims to the ultimate rainmaster title, but the best single drive might have come outside Formula 1. In the week that Pedro Rodriguez was killed 50 years ago, we look back at his finest moment with a piece first published in Motorsport.com's sister magazine Autosport on 17 August, 2017.

“Finesse. His precision and sensitivity were fantastic. A day like that was made for him.” So said David Yorke, famed team manager at the JW Automotive Engineering/Gulf sportscar team, about Pedro Rodriguez’s drive in the 1970 BOAC 1000Km at Brands Hatch.

Even outside of F1, there have been many performances that could be considered the finest wet-weather drive of all time.

Stirling Moss’s domination of the 1950 Dundrod Tourist Trophy and 1956 Daily Herald International Sports Car race at Oulton Park, JJ Lehto (among several star McLaren drivers) at Le Mans in 1995, Mark Blundell’s dramatic CART Indycar victory at Portland in 1997, and both Allan McNish and Tom Kristensen at Le Mans in 2008 were just some of those mentioned when Autosport asked journalists and fans for suggestions. But none are quite as legendary as Rodriguez’s magnum opus.

Although the Porsche 917 would go on to dominate the 1970 International Championship of Makes, that wasn’t yet clear when the teams arrived for round three. Porsche and Ferrari had won a round each and the Italian 512S qualified 1-2 (in the dry) courtesy of Chris Amon and Jacky Ickx. Vic Elford’s Salzburg-entered 917 completed the front row, but Rodriguez lined up only seventh in his JWA version.

In conditions Autosport described as “really diabolical”, Elford grabbed the lead at the start. Then Barrie Smith crashed his Lola along the start/finish straight and brought out yellow flags. Rodriguez, who later claimed not to have seen the yellows, overtook cars right in front of the furious clerk of the course Nick Syrett, earning the Porsche driver a black flag.

After a quick spin, Rodriguez came in to receive his grilling – and returned having lost nearly a lap.

Now Rodriguez began his charge. At the end of lap seven he was fifth and he climbed further when Ickx, who had taken the lead from Elford, pitted with windscreen-wiper issues. 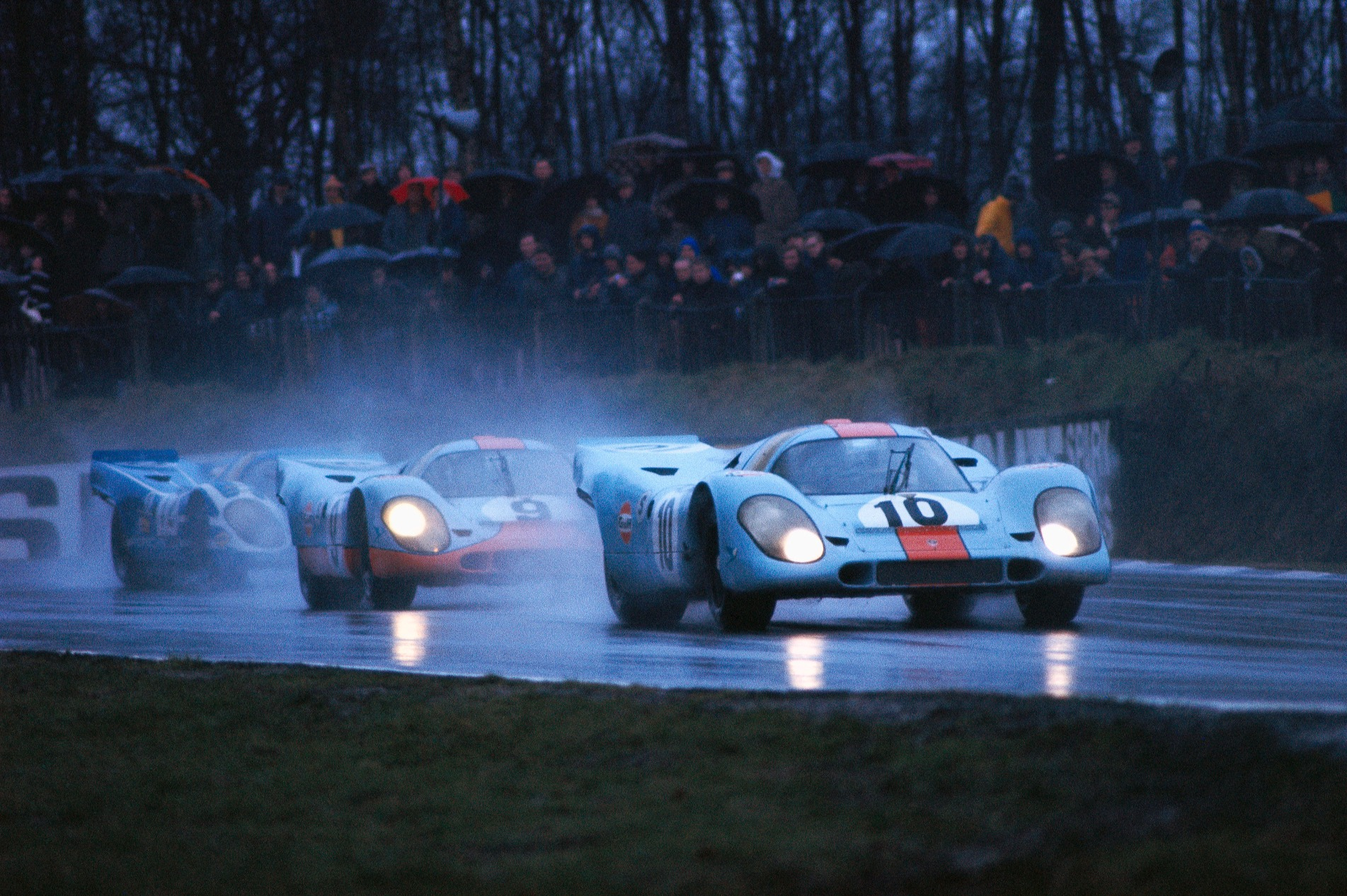 It appeared the combination of his own wet-weather ability – along with Ickx and Jackie Stewart he was the best of his generation – and the anger from his reprimand put Rodriguez on an entirely different level.

“The black-flag incident had made Rodriguez drive all the faster,” reckoned Autosport. “He was tackling the treacherous track, the poor visibility and the troublesome traffic with incredible panache.”

Autosport’s future F1 reporter Nigel Roebuck, a spectator that day, later wrote: “Only rarely do you appreciate something of legend as it happens before you.”

Rodriguez overcame teammate Jo Siffert, Amon and Elford with audacious moves into Paddock and then headed off into the distance, the 917 dancing and drifting across the shiny surface. Ferrari’s challenge crumbled as Ickx continued to experience wiper trouble and Amon had to change a punctured tyre after contact with a backmarker.

"It was a virtuoso performance. On that day in those conditions he was completely unbeatable. It was a personal triumph" John Wyer

Rodriguez kept extending his lead and after three and a half hours – having built a two-lap lead – the Mexican finally handed over to Leo Kinnunen. But the Finn’s driving was kept to a minimum before Rodriguez climbed back aboard.

As the track dried, the delayed Ickx matched Rodriguez’s pace, but the Porsche’s overall lead continued to grow. After 6h45m of racing – and around 5h30m with Rodriguez at the wheel – the #10 917 crossed the line five laps clear of Elford/Denny Hulme.

In the end-of-season film, ‘A Year to Remember’, JWA boss John Wyer said: “It was a virtuoso performance. On that day in those conditions he was completely unbeatable. It was a personal triumph.” 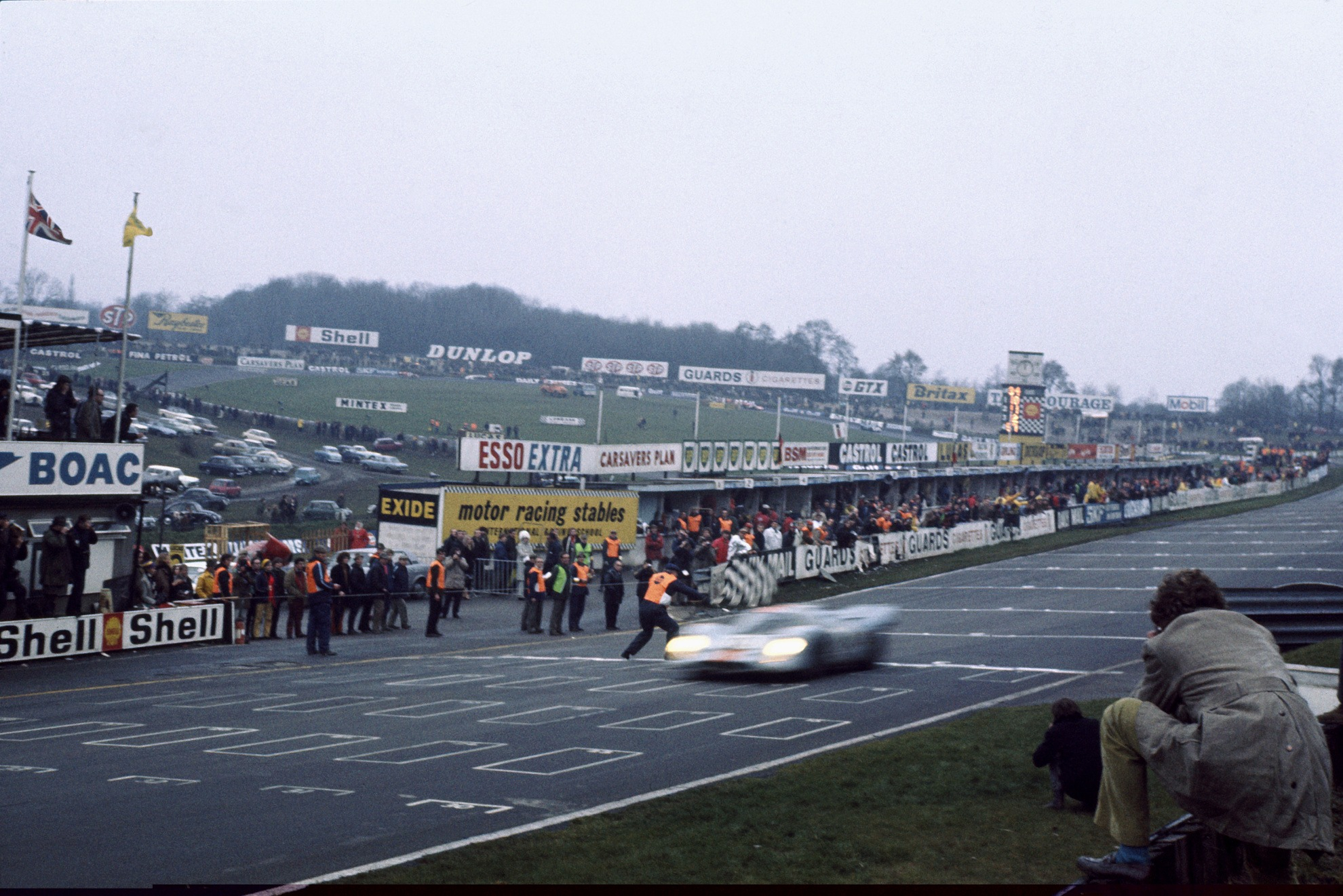 Adding to the legend was the reputation of the 917, which had been something of an animal when it first appeared in 1969. But Elford points out that the revamped, short-tailed K version, had turned the 4.5-litre Porsche into a jewel.

“If there were any doubts about the 917, Pedro and I answered the question,” says Elford. “It wasn’t a monster at all.

“People get the 917 wrong – the short tail was a fantastic car; it was balanced and inspired confidence. Its limits were so high most drivers couldn’t get to them.”

But Rodriguez could. His handling of the 550bhp icon on that soaking day in Kent remains an outstanding example of the art of wet-weather mastery. 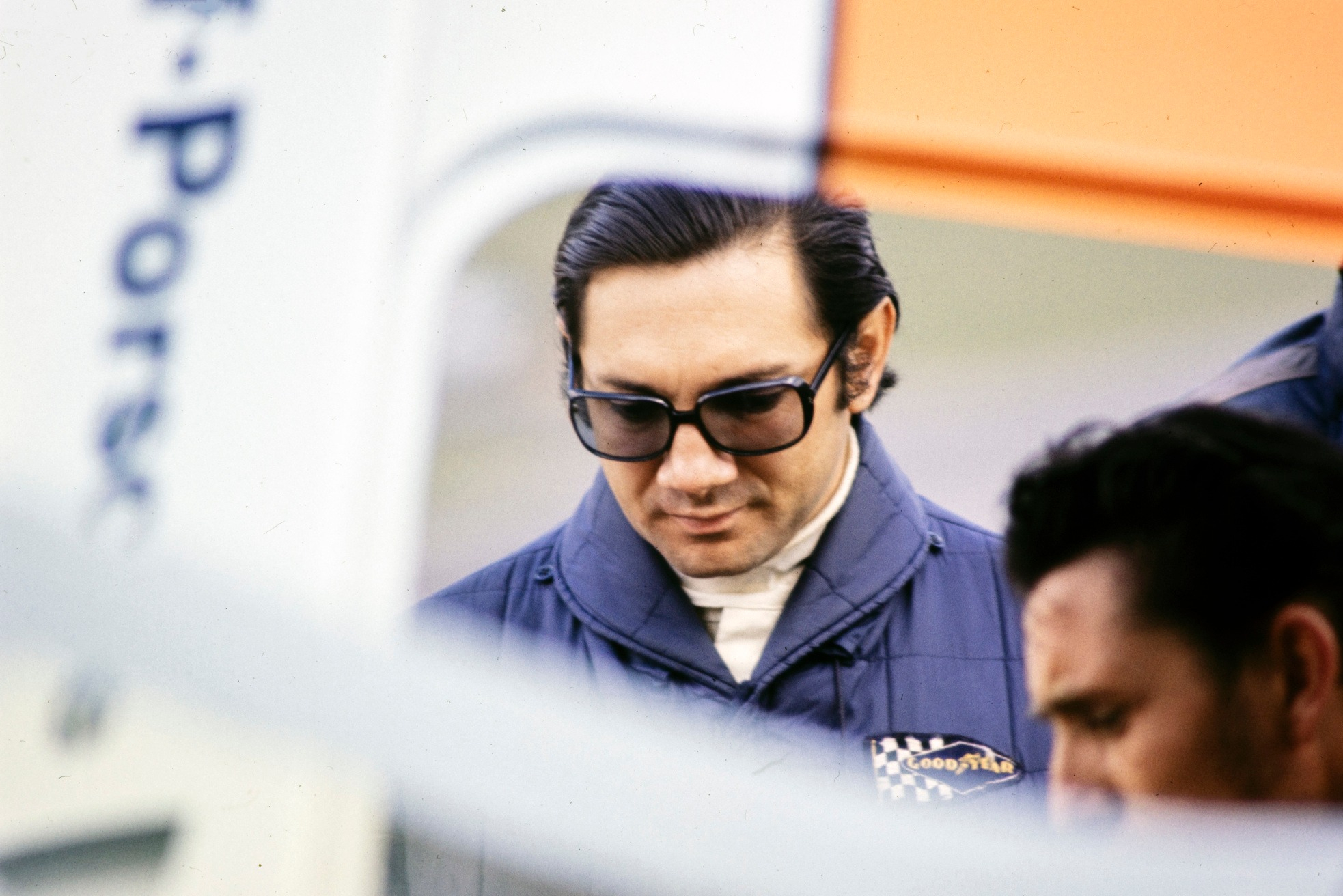 Why Formula One’s return to Mexico is a huge deal

Expressions of interest have opened for support categories to join the Bathurst 6 Hour undercard next year.

Porsche factory driver Laurens Vanthoor says his "nightmare" early crash out of the Nurburgring 24 Hours following contact with his brother Dries was "a black day in my career".

The 50th edition of the Nurburgring 24 Hours could be decided by tyre choice as mixed weather conditions are impacting the final hours of the event.