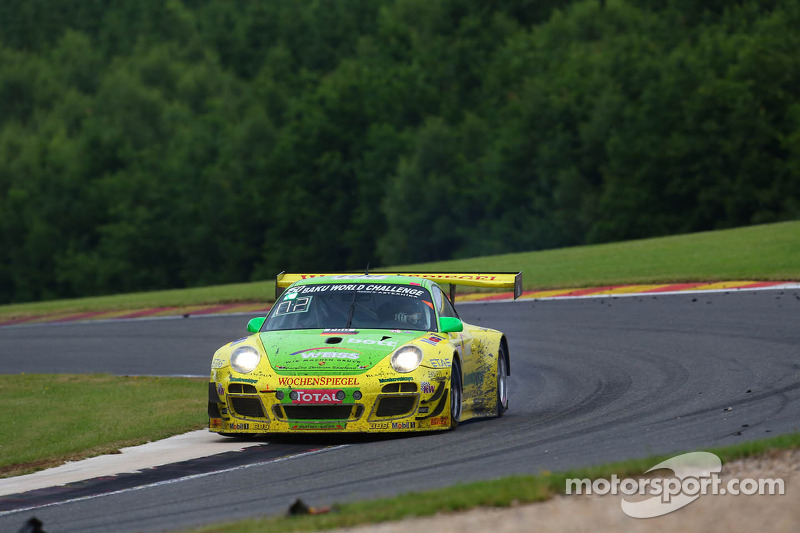 Stuttgart. Changing weather conditions, 66 GT race cars from nine different manufacturers, 70,000 spectators: The 65th running of the 24 Hours of Spa-Francorchamps on the famous Ardennes roller-coaster circuit had all the ingredients for success – and offered suspense from the first to the last minute. 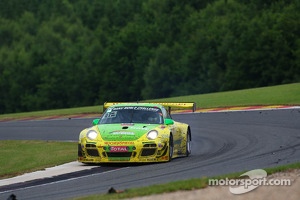 In the Porsche 911 GT3 R fielded by the Porsche customer team Manthey-Racing, the trio clinched second place. The ProSpeed Competition squad achieved the second best Porsche placing with ninth on their home turf. Four 911 finished in the top 13 at the supreme sports car classic.

The Manthey-911 with the starting number 150 ran smoothly over almost the entire race distance – and even looked possible to win. For much of the race the experienced Porsche driver trio lay either in the lead, on second or third. But on Sunday midday a necessary pit stop inopportunely coincided with another safety car phase and cost the Manthey-911 a lot of time.

In addition, Patrick Pilet was handed a drive-through penalty when he overtook slightly too early at the end of the safety car phase. “We’re pleased with second place,” said Richard Lietz, who secured second for the third time in Spa. “After the qualifying we didn’t expect to be able to run at the front but we were within striking distance of the winner the entire time.”

A problem with the electrics on the number 75 Porsche early in the race resulted in smoke entering the cockpit and prevented a better placing. Added to that was a puncture during the night.

A string of bad luck plagued the racing crew of the ProSpeed car that bore the start number 911 in honour of the 50th anniversary of the 911: the two Porsche works drivers Marco Holzer (Germany) and Nick Tandy (Great Britain) and the Italian Marco Mapelli. At the start, the 911 was hit by a car that was avoiding a spinning competitor making the first, unscheduled repairs necessary.

Then they were almost one lap down due to an early safety car phase and further repairs in the night when Mapelli touched an opponent. Possibly as a late consequence of the accident, the race ended for the three at noon on Sunday with an engine problem. However, Tandy’s second fastest lap behind the winning car underlined just what might have been possible. “That was one of the craziest races of my life,” said the Briton.

The driver quartet of the 911 GT3 R run by the French Porsche team SMG Challenge treated fans to a breathtaking pursuit through the field to finish on eleventh – just shy of a top ten placing. Because of a late-detected shock absorber problem, Nicolas Armindo, Olivier Pla, Eric Clément (all France) and Robert Renauer (Germany) took up the marathon only as 38th.

“So eleventh place is a good result for us,” said Armindo, the 2010 champion of the German Carrera Cup. “We were not a purely professional squad but had Eric in our crew as a gentleman driver. More would have been possible with a better starting position.”

One of the two 911 GT3 R fielded by the French Pro GT by Almeras team also delighted fans with a chase through the field that was rewarded with 13th. The factory pilots Timo Bernhard and Joerg Bergmeister (both Germany) had already lost almost half an hour in the first race third after their French teammate Nicolas Lapierre went off and damaged the radiator of the 911. A slow puncture in the night cost them more time.

“We had a problem with the balance and therefore didn’t have the speed for a top placing,” said Timo Bernhard. “Then the radiator damage cost us eleven laps. But we drivers worked brilliantly together and fought back to clinch 13th.” The second 911 of Pro GT by Almeras with an all-French line-up of Franck Perera, Eric Dermont, Philippe Giauque and Morgan Moulin Traffort saw the flag in 28th.

Three purely amateur teams also reached the finish of the demanding long distance classic with their 911 cars, including two 911 GT3 Cup. They concluded the race on positions 26, 29 and 33 in the overall classification.