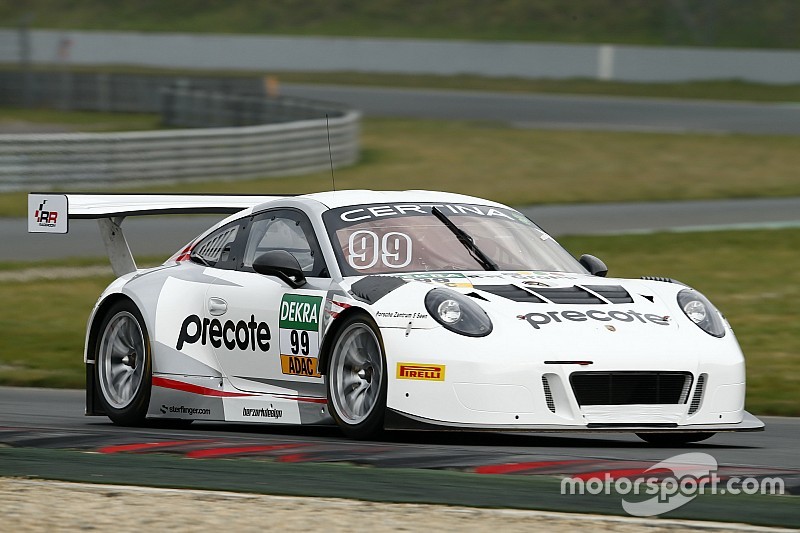 Three different manufacturers were present on this year's podium.

Zandvoort - With a remarkable four-lap-margin, the Precote Herberth Motorsport Porsche 991 GT3 R (#911, Daniel Allemann/Ralf Bohn/Robert Renauer/Alfred Renauer) won the Hankook 12H Zandvoort, the fourth round of the 2016 24H Series powered by Hankook. 476 laps on the 4.307 kilometres circuit in the Dutch dunes equal a total distance of 2,050.132 kilometres. After Mercedes had locked out the first four positions in the 2015 edition, three different manufacturers were present on this year's podium.

After the intervention after three hours yesterday, the remaining nine hours were driven today under even warmer conditions. The Precote Herberth Motorsport Porsche was the only A6 class car to overcome the second part without major issues. Finally, Ralf Bohn drove the Porsche over the line to take the victory. Slight electrical problems thwarted the Massive Motorsport Aston Martin's ambitions to fight for the win. The Hofor-Racing Mercedes' efforts to replicate last year's win came short due to time loss throughout the race, caused by refuelling problems.

The Ram Racing Mercedes AMG GT3 (#30, Tom Onslow-Cole/Paul White/Stuart Hall) managed to score fourth place, despite the ten-lap-penalty they received after the first part of the race. In the last hour, Tom Onslow-Cole tried everything to catch up to Kenneth Heyer in third place, shrinking the gap to one lap. The car finished nine laps down on the winner.

In the A2 class, the RKC/TGM Honda FD2-Civic Type-R (#99, Ricky Coomber/Thomas Gannon/David Drinkwater) fought its way back to the top and remitted the Team K-Rejser Peugeot RCZ (#171, Jacob Kristensen/Jan Engelbrecht/Jens Mølgaard), that had taken over the lead yesterday, into second place with a one-lap-margin. Third was the Team Sally Racing Renault Clio Cup III (#172, Martin Sally Pedersen/Peter Obel/Mads Christensen/Jannik Larsen).