Record field ready to rumble at 24 Hours of Dubai

This weekend, January 10th until 12th - Thursday to Saturday - Dubai Autodrome will host the eighth running of the Dunlop 24 Hours of Dubai, the first international endurance race of the year for GTs, touring cars and 24 Hours Specials. 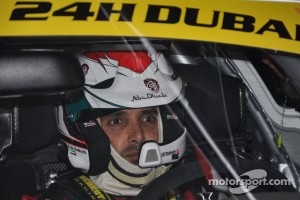 Organized by Dutch agency Creventic in co-operation with DNRT and the Dubai Autodrome Motorsports Club, the race is now one of the most international endurance events on the motorsport calendar and held under the patronage of His Highness Sheikh Hamdan Bin Mohammed Bin Rashid Al Maktoum, Crown Prince of Dubai and Chairman of the Dubai Executive Council.

The entry list for this year’s event includes a total of 82 teams from 18 countries and some 400 drivers drivers from 41 different countries, competing with 25 different car manufacturer brands. The eighth edition of the race promises to be thrilling affair once again!

No less than 27 cars have been entered in the premier A6 class, predominantly for supercars complying to international GT3 standards.

Last year, Mercedes-Benz SLS AMG GT3 cars locked out the podium in Dubai - with local hero Khalid Al Qubaisi making history to become the first Emirati to win the race - but BMW and Porsche are also past winners and both manufacturers again have a strong presence in Dubai.

Moreover, the debut of the McLaren MP4-12C GT3 at Dubai Autodrome is being eagerly awaited, the car having won the 24 Hours of Barcelona last September.

The SP2 class has eight entries, including Renault Mégane and GC Automobile silhouette cars, a Chevrolet Corvette, an Audi TT RS and two new cars: a BMW M3 silhouette and the Belgian VDS GT 001-R, which is making its competition debut. 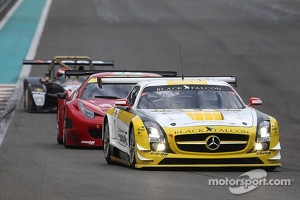 A special feat: all the winners of the various Nissan PlayStation GT Academy competitions will be on the grid for this year’s race.

The A3T class includes three SEAT Leon Supercopa cars and a BMW 320D with an all-female line-up, the five Dutch lady racers once again competing under the ‘Racing Divas’ banner.

Traditionally, the A4 class is an all-BMW affair, while various BMWs and a pair of Lotus cars have been entered into the A5 class.

In the D1 diesel class, a Volkswagen and a SEAT will be up against three BMWs and the A2 class has nine entries, with a Honda, a Citroën C2, a Lotus Elise, three Minis and as many Renault Clios.

No less than 70 cargo containers with the cars and equipment of the various teams have arrived at the Dubai Autodrome and have been unpacked by team crews who have turned the paddock into a hive of activity.

Ali Fardan Al Fardan, Dubai Autodrome chairman, commented, "I would like to start by saying that I am deeply honored that this edition of the Dunlop 24 Hours of Dubai is run under the greatly esteemed patronage of His Highness Sheikh Hamdan Bin Mohammed Bin Rashid Al Maktoum, Crown Prince of Dubai and Chairman of the Dubai Executive Council."

Al Fardan added, "The event has grown in stature over the years, almost mirroring the development of Motorcity which is the neighborhood of Dubai Autodrome.

What was once a largely amateur race has evolved into a highly professional contest with some of the best teams making the journey to Dubai and along with them comes a fantastic line-up of drivers and as a result the event has grown in stature with each passing year."

Gerrie Willems on behalf of Creventic, said, “It is always nice to welcome the people to Dubai and see the smiles on their face as they arrive here, no matter if they are first-time competitors or regulars of the event.

With daytime temperatures of around 25 degrees, it is very pleasant here in Dubai and everything looks set for a great race.

I would also like to take the opportunity to thank Dunlop, Nissan, Bilstein and Besaplast, our main event sponsors, for their great contribution towards this race.”

Khaled Al Mudhaf signs up for his Dubai 24hr debut