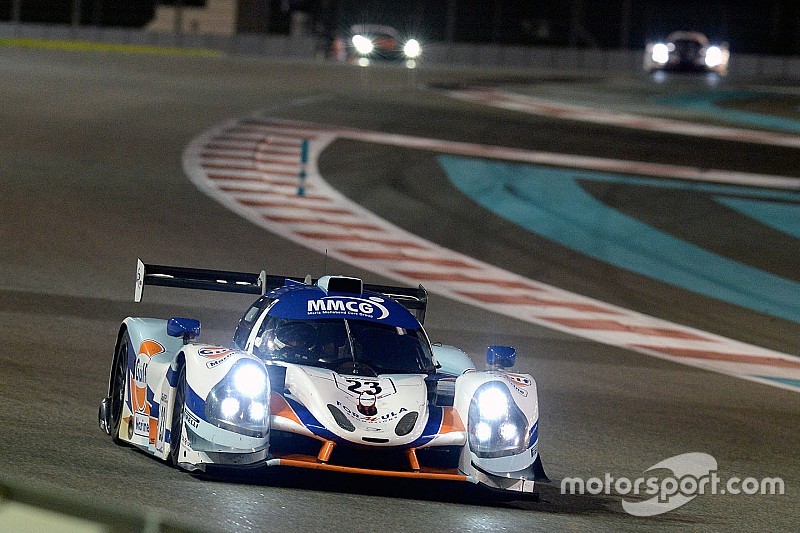 United Autosports have confirmed Richard Meins, Shaun Lynn and Jim McGuire as their first driver line up for the 2017 Gulf 12 Hours.

Richard, Shaun and Jim will pilot the #23 Ligier JS P3 as the 2017 Michelin Le Mans Cup team mates join forces for the 12-hour endurance race. They will enter the Am class of the race, reserved for gentlemen drivers.

This Ligier JS P3 is the first of three confirmed cars for the Anglo American team. They announced in July their intention to run three cars in the LMP3 class, with further driver line ups being announced soon.

The Gulf 12 Hours is one of the most prestigious endurance races in the world, where the 12-hour race is split into two six-hour events. This is the second year LMP3 cars will be eligible for the 12-hour race. It was announced in July that the Gulf 12 Hours has received backing from the Automobile Club de l’Ouest (ACO) and will therefore run to the same LMP3 regulations as all the other ACO-run series.

Richard Meins, driver, United Autosports: “Twelve months ago, Shaun and I had our first race in the Ligier JS P3 at Abu Dhabi, so it's great to be returning back to where it all started. Last year we had Alex Lynn as our co-driver who was without doubt the quickest driver on track all week. This year we are joined by Jim (Jimbo) McGuire in an all-star bronze line up. Jim will be a great addition to our driving squad, having proved more than capable at the wheel of the Ligier, and getting to know Jimbo has provided us all with great entertainment throughout the season. The Abu Dhabi event is another great race and a real challenge. The circuit is pretty demanding, but when dusk falls and the lights come on, it's got its own unique atmosphere. It's a brilliant way to sign off what has been a fabulous year racing with United. Thanks to Richard Dean and all the team for making it all happen.”

Shaun Lynn, driver, United Autosports: “I’m really looking forward to racing with Richard again in Abu Dhabi, and to have Jim join us this time will be fantastic. We have got to know Jim over the course of the Michelin Le Mans Cup season and it made sense for us to join forces and enter the Am class of the Gulf 12 Hours together as we have had a laugh this year all over Europe. We had a good result at Yas Marina last year so fingers crossed we can have a good time again this year.”

Jim McGuire, driver, United Autosports: “I began my United Autosports tenure a year ago at Abu Dhabi—and wow, what a year it has been! The team, The Flower and the crew at UAS really put out a superb car for us every week, and their professionalism has shown in the team’s ability to win the LMP3 championship for a second straight year in ELMS. Our AERO-painted Ligier JS P3s were quick and nimble, and I’m really happy that I got a chance to grow with the team this past season with a podium finish at Portimão…. Just AWESOME! And now we get to bring it all back to the desert where I started with UAS! That AERO paint will look stunning under the bright Arabian Peninsula sun. MLMC has ended, but I’m chomping at the bit to get my wheels back on the tarmac. I’m really excited about racing Yas Marina with the legends of Historic Motorsport – Richard “Macau” Meins and Shaun “Alex’s Dad” Lynn.”

Richard Dean, Team Owner and Managing Director, United Autosports: “I’m really pleased our Michelin Le Mans Cup guys have teamed up to make one team for the Gulf 12 Hours. All three of them have had experience racing around the Yas Marina circuit and they will all take part in the test day on the Wednesday so I think they will be a fully prepared as they can be. They have all had a full season racing the Ligier JS P3 now as well so fingers crossed for a good event for them.”