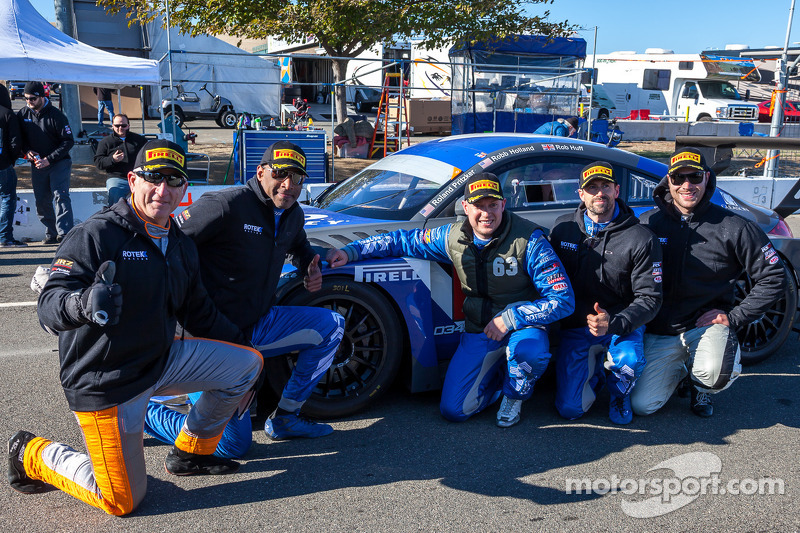 WILLOWS, Calif. - The No. 24 Rotek Racing Audi TT RS won the eleventh running of the United States Air Force (USAF) 25 Hours of Thunderhill today. Following the Rotek Audi to fill out the overall podium was the No.83 Barrett Racing Porsche GT3 Cup in second and the No. 38 Radical West Radical in third.

A field of 57 cars took the green flag at 11 a.m. Saturday morning for 25 hours of racing around the 2.58-mile, 15-turn Thunderhill Raceway. The race witnessed several leaders throughout the running including an ESR Class Wolf, ES Class Superlite and the winning ES Class Rotek Racing Audi TT RS. The Rotek team took over the lead at 5:00 a.m. Sunday morning and never looked back.

The stout team was being pressured throughout the early hours by a speedy No. 38 Radical West Racing Radical. At 8:00 a.m. the Audi began stretch its legs and had a 30 lap lead with three hours remaining. The eventual winning margin to the second place was 28 laps. The Rotek Audi TT RS was driven by Robb Holland, Kevin Gleason, Jeff Altenburg, Roland Pritzker and Rob Huff.

"It was a blast today racing here this weekend," Pritzker said. "We had a couple of little issues with contact that took a couple of kunards off in the front in the middle of the night, but we replaced them and kept going. It was smooth sailing. Really we didn't have any big issues. We kept it on the track and out of the pits and all of the drivers ran nice and clean laps. My stints in the car were really fun, I just had a blast driving this Audi TT RS here at Thunderhill."


The No. 38 Radical West Radical perservered in the ESR Class to take the category win. 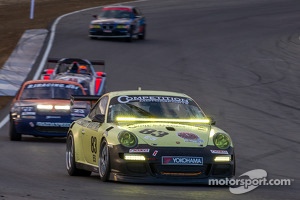 The No. 38 was driven by Randy Carpenter, Ryan Carpenter, Todd Slusher, Anthony Bullock and Scott Atchison.

"We started off with a great base car," Carpenter said. "The car handled great, we had the balance just right and the team did a great job preparing the car. We had a little damage on the front, we threw some tape on it and kept going. The team just worked through the small issues and kept grinding, that is how you win this race. It is a first for us, we won the ESR Class and getting third overall is pretty spectacular with three of the four drivers being rookies."


The No. 18 Luxury Racing Don't Crash Mustang won the E0 Class with a faultless run. 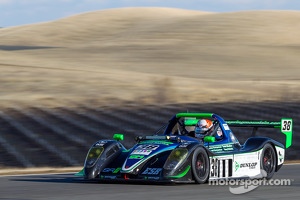 "We started the race pretty well," Martin Sr. said. "We fell back a little at the beginning and we just a kept a steady pace. The car was so well prepared by the team that we were able to run just a flawless race. Our competitors had a little trouble and here we are winners of our class. The only problem we had was a broken stud on one wheel. We were worried we would lose the others, so we replaced and kept going."


In E1 the No. 27 Team Honda Research West Acura held on to take the class win. 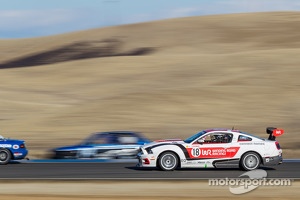 "It was a great run by the team," Marie said. "We had a little bit of drama here and there, but overall our pace was really good. The BFGoodrich tires had a lot of grip. They helped to make our pace and our pit cycles very predictable. The Acura ILX is a great race car. The THRW team did an awesome job all weekend. The only real problem we had was a slight over heating problems under the yellows and there were a lot cautions." 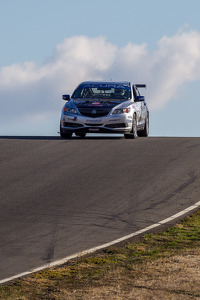 
The E2 Class was won by is the No. 78 Sector Purple Racing Mazda Miata, driven by Kyle Watkins, Dan Williams, Glen Conser and Robert W. Ames.

"The plan was to come out stay incident free and not be off the track," Conser said.

"We got good gas mileage, saved the tires and we put together a solid effort.

We had some contact in the middle of the night when Dan was driving, but that was about it for our trouble.

We had very smooth pit stops and overall just ran a great race."

"It was a really great run," said team representative Chris Hillebrandt. "Last year we blew a motor 12 hours in after winning in 2011. We had some mixed emotions coming in this year. We raced our race and we won it again. We really did not have a lot of issues. We had some small issue with our dash giving us a funny fuel reading. It would give us a number than go out. Sometimes we had to wait until it coughed to come in an fuel the car. The drivers and team did a great job."