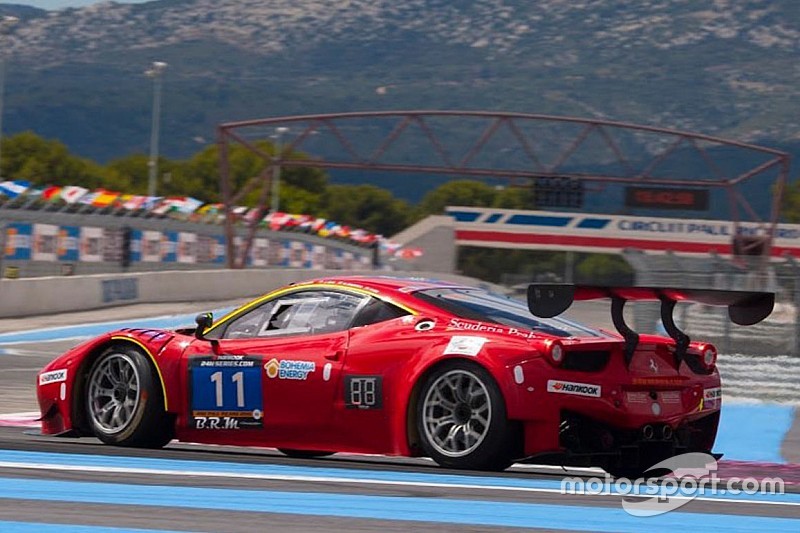 The #29 Porsche 991 GT3 R crossed the line a minute behind the leader in second place, the #21 Lamborghini Huracán GT3 is third, already two laps down.

When the chequered flag was waved after the first four hours, the Forch Racing powered by Olimp Porsche 991 GT3 R (#29, Robert Lukas/Marcin Jedlinksi/Patrick Eisemann) crossed the line a minute behind the leader in second place. Time gaps will be closed on tomorrow's grid for the race resumption though.

In third place, the Konrad Motorsport Lamborghini Huracán GT3 (#21, Franz Konrad/Marco Mapelli/Giorgio Maggi/Christopher Zöchling) is already two laps down. But due to the variety of strategies, even lapped cars are still in with a shout for the victory.

The A6-Am leaders are three laps behind the top of the overall field. In sixth overall, the GP Extreme Renault RS01 FGT3 (#27, Frederic Fatien/Jordan Grogor/Tiziano Carugati) is ahead of the Hofor-Racing Mercedes-AMG GT3 (#1, Michael Kroll/Chantal Kroll/Roland Eggimann/Kenneth Heyer/Christiaan Frankenhout) by a narrow margin only. One lap down, the GRT Grasser Racing Team Lamborghini Huracán GT3 (#963, Mark Ineichen/Christoph Lenz/Roberto Pampanini/Milos Pavlovic) is still on their heels.

During the overnight break, working on the cars is not permitted. The cars will also have to resume the race with the fuel load left after today's first part. Cars with a low fuel level are likely to lose several minutes during early pit stops. Lapped cars starting with filled up fuel tanks will have all the opportunities to make up some ground early on tomorrow.