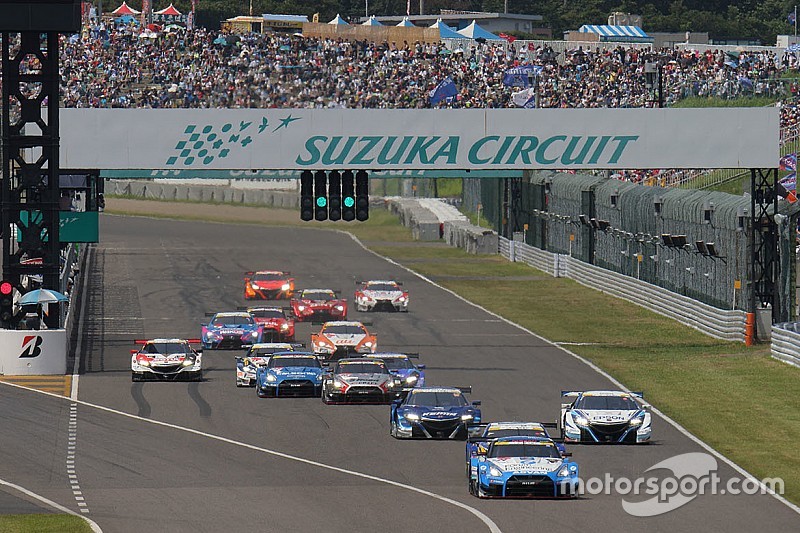 The inaugural Suzuka 10 Hours round of the Intercontinental GT Challenge in August is set for a 30-car grid after a recent boost in entries.

Reigning overall Blancpain GT Series champion Grasser Lamborghini is among the teams that have been added to the 27-strong list that was revealed earlier this month.

Grasser, which also won the Blancpain Endurance Cup crown, will field a solo Huracan GT3 alongside a pair of Lambos entered by the Japanese Lamborghini Owners' Club squad.

Factory driver Mirko Bortolotti, who was part of Grasser's title-winning line-ups, and team regular Rolf Ineichen are the two drivers confirmed so far.

GruppeM, winner of last year's Blancpain GT Asia crown, has also announced its participation in the Japanese event but has yet to confirm drivers for its solo Mercedes-AMG GT3.

The Black Swan Porsche team has become the first US entrant to commit to the Suzuka enduro, while Honda Team Motul - previously listed on the entry list as TBC - has confirmed its entry with an NSX GT3.

Elsewhere, the WRT Audi squad, which won the Bathurst 12 Hours last month, has revealed that it expects to contest the race, and appears set to take the entry slot currently listed as "Audi Team".

WRT boss Vincent Vosse said that the team could run as many as two R8 LMS GT3s.