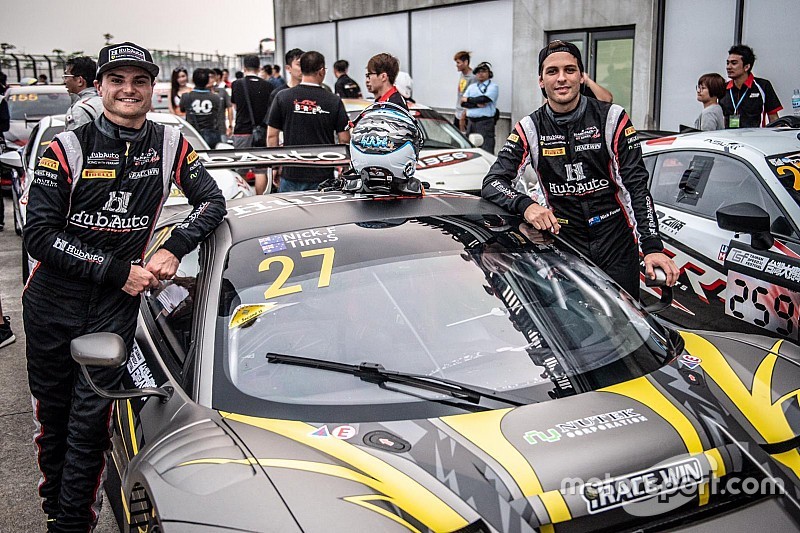 The two Brad Jones Racing aces will team up with fellow Aussie Nick Foster, who, along with Slade, is a regular in the HubAuto line-up at Asian GT events.

The trek to Bathurst will mark the beginning of the team's second season as a Ferrari customer outfit, and follows fifth in this year's Blancpain GT Asia Championship.

"I've been racing in Asia with HubAuto and it's exciting to continue that relationship," said Slade.

"It's very exciting to be in a full Pro car, which I've not done at Bathurst before. The Ferrari obviously has a lot of potential there.

"HubAuto are a really good team and I've loved racing with them this year. I have to say thanks to Foster for putting my name in the hat to drive with the team owner, Morris Chen, in the Pro-Am car in the Blancpain series.

"They're a good bunch of people, and they are lacking nothing in terms of equipment or ability to do the job."

Percat, meanwhile, will return to GT racing and the 12 Hour for the first time since clashing with Mika Salo on the opening lap of the 2016 race.

"I'm super excited, it's something I've wanted to do for a few years," said the Bathurst 1000 winner.

"After the last opportunity, which didn't end that great, I said wouldn't do it without an outright car with a proper team and good bit of kit to have a crack.

"I'm really pumped to get in Ferrari and driving with Sladey and Foster. I'm like the ring-in in that combination but I'm looking forward to getting up there, doing what I can and supporting the team."

Confirmation of the HubAuto entry follows news that the likes of Bentley, BMW, and Porsche will all have factory-backed efforts at Mount Panorama next February, while a Triple Eight/Scott Taylor Motorsport entry with an all-star Supercars driver line-up is another early favourite.