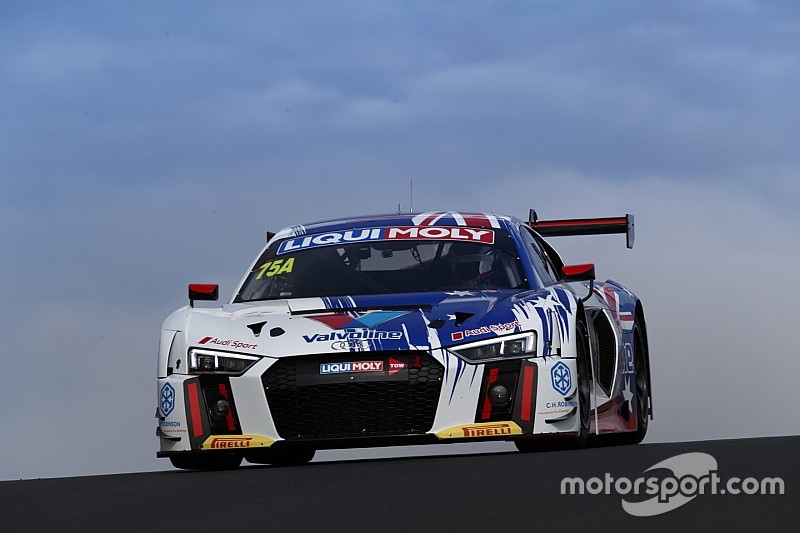 The Jamec Pem Audi squad has confirmed that Garth Tander, Kelvin van der Linde, and Frederic Vervisch will race its second all-Pro entry at the Bathurst 12 Hour next month.

Having already confirmed a star-studded line-up consisting of Chris Mies, Christopher Haase, and Markus Winkelhock for one of its cars late last year, the Melbourne squad has now revealed a second bumper all-Pro driver roster.

“It’s an awesome opportunity to be back with the factory Audi effort, I’m honoured they have asked me back again,” Tander said.

“I have great teammates in my car with Kevin and Fred and I’m looking forward to sharing my knowledge of the track with them, and having them help me get the most out of the car.

“Our other team car is very strong, and it is also great to continue with Valvoline.”

Strakka Racing has also confirmed the line-up for its second entry, with Maximillian Buhk, Maximillian Gotz, and Alvaro Parente getting the call-up.

The trio will race one of two Strakka Mercedes, the other to be piloted by Cameron Waters, Nick Leventis, Lewis Williamson, and David Fumanelli.

Buhk and Gotz will both be making their Bathurst debuts, while Parente won the 2016 12 Hour alongside Shane van Gisbergen and Jono Webb in a McLaren.

“I am excited for another challenge this year and I’m happy to be back with Strakka debuting in their new Mercedes-AMG GT3,” said Parente.

“Bathurst is a great race track and I have collected some great results there over the past two years.

"I am more than ready to go back this year and fight for the win. Massive thanks to Strakka Racing for giving me this opportunity.”

Meanwhile, Wall Racing has confirmed that Supercars legend John Bowe will race one of the team's entries at this year's 12 Hour.

Bowe, who was recently announced as an inductee into the Australian Motor Sport Hall of Fame, will join Richard Gartner, David Wall, and Hadrian Morrall in the Gartner-owned, Wall-run Lamborghini Gallardo.

The squad will also field a Class B Porsche for American line-up Charles Putman, Charles Espenlaub and Joe Foster.

“We are hopeful for a good showing for both cars and as always we are looking forward to the Bathurst 12 Hour," said team manager said David Fyfe."

"It’s a great for the drivers but also for the crew, giving them the opportunity to use strategy and everything else that goes into a long distance race."