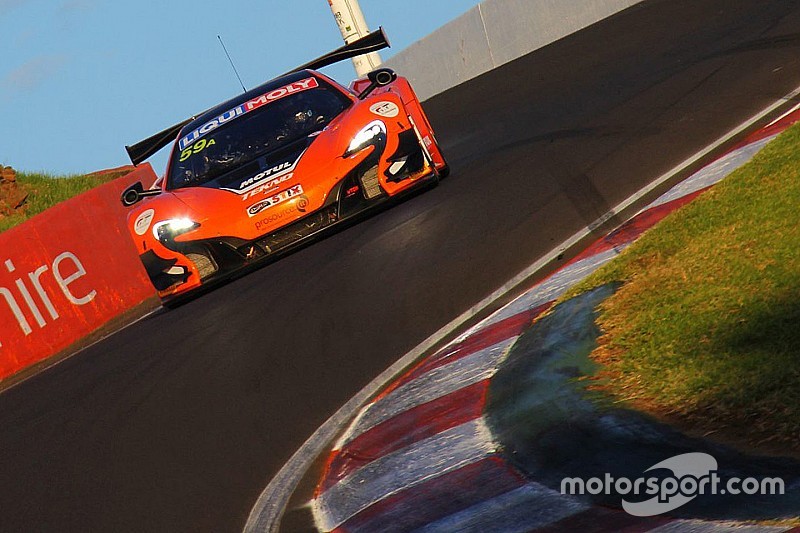 Reigning Bathurst 12 Hour winner Tekno has revealed the driver line-up for its two-car assault on the 2017 edition of the race.

Between Shane van Gisbergern switching to Scott Taylor’s Mercedes, and team owner Jono Webb stepping away from driving duties, Alvaro Parente is the only driver from last year’s winning line-up to return. He will be joined in the #1 650S GT3 by McLaren factory drivers Rob Bell and Come Ledogar – the latter set to make his first Bathurst start.

The team’s Supercars driver, and 2016 Bathurst 1000 winner, Will Davison has been drafted into the squad as well, and will share the #59 entry with Jonny Kane and Ben Barnicoat, both Bathurst first-timers.

“With McLaren we are definitely going to be contenders, so it’s a pretty exciting way to start the year,” said Davison.

“I’d love to test the car before but I did the race last year in the McLaren so it should come back to me relatively quickly,”

“The cars are very different to Supercars but obviously the track knowledge is beneficial. I don’t have a huge amount of experience in GT cars but it should all even out with the other guys.

“It’s a very competitive field with the best GT drivers in the world and the best Supercar drivers so it ends up pretty even.

“The two guys in my car will be learning the circuit and I’ll be picking their brains on getting the most out of the car as well.”