24 Hours of Nürburgring: Top-class grid for the race of the year 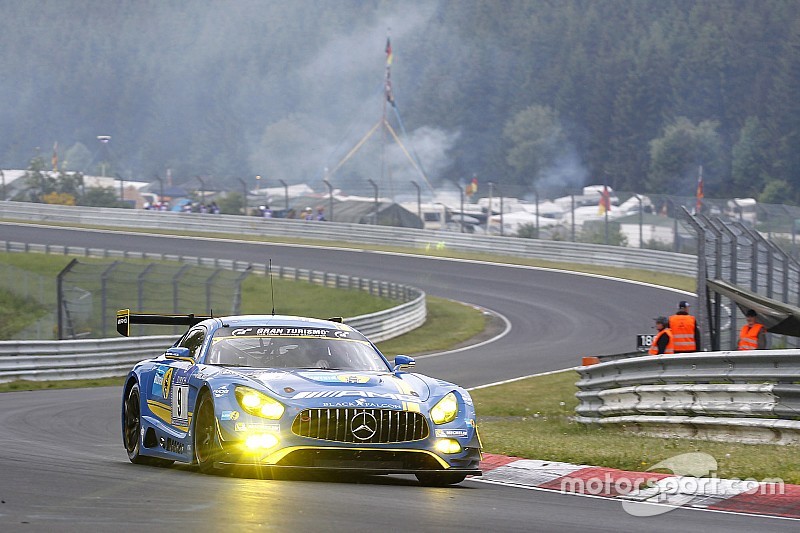 Now it’s official: the grid for the 2017 ADAC Zurich 24h Race will feature more topclass competitors than virtually ever. The entry list comprises more than 150 teams and more than 30 of them registered for the top categories of the potential winners. Therefore, the entry list of these categories is tantamount to the who-is-who of the endurance, GT and touring-car racing aces. Audi, Bentley, BMW, Mercedes-AMG and Porsche all send their works drivers to the race of the year, among them numerous DTM aces, 24h-Race winners and sports-car specialists. Meanwhile, the race also will be contested by costumer teams of these brands as well as by prototype squads representing Ferrari and Renault.

They all will be welcomed by more than 200,000 spectators who travelled to the Eifel to witness them racing on the Ascension weekend (25th to 28th May) on the combination of the Nürburgring’s GP circuit and the Nordschleife. They all will be fighting for one of the most coveted trophy available in international endurance racing. And this year, the event features an additional highlight: two rounds of the World Touring Car Championship, WTCC, that will be contested on Saturday, right before the start of the 24h race. Furthermore, the ‘Rockfestival of Car Racing’ also will entertain the visitors from Wednesday by numerous support-programme highlights aloof from the track.

I think that winning the Nürburgring 24h Race is tougher than winning the Le Mans 24h Race.

Predicting a real favourite for this year’s edition of the 24h race is virtually impossible. The grid features just too many squads with top-class drivers, perfectly-practiced racing crews and cars that have got what it takes to win. The defending champions of course will contest the race with the #1 on their car: with Maro Engel, Manuel Metzger and Adam Christodoulou, three of last year’s overall winners are going to once again contest the race for Mercedes-AMG Team Black Falcon. And they will be joined by a new team-mate, Dutchman Yelmer Buurman. Meanwhile, the other Mercedes-AMG GT3 vehicles that will be entered – apart from Black Falcon – by HTP Motorsport und Team Haribo also will be raced by DTM and sports-car aces as well as Nordschleife specialists.

“As I see it, the Nürburgring 24h Race is the toughest and most gruelling car race in the world,” says Maro Engel. ” More than 30 potential race winners on the grid combined with the most demanding and coolest racetrack on our planet. The reception by spectators, drivers, teams and manufacturers demonstrates the outstanding significance of this race. I think that winning the Nürburgring 24h Race is tougher than winning the Le Mans 24h Race. There they have got just a handful of race-win contenders.”

Competitive teams on the grid

The challengers also are well prepared for their campaign to steal the win from the Mercedes-AMG squads. Audi, for instance, will represented by works drivers racing for Team WRT and Land Motorsport, with further R8 LMS vehicles being entered by very competitive customer teams. And by their win in the 24h qualifying race, local heroes Phoenix Racing also must be regarded as one of the top favourites. Meanwhile, BMW also do their very best to cement their position as most successful brand in the 24h-Race history. Since the maiden edition of the race, back in 1970, the Munich based brand celebrated 19 overall wins and this year, Schubert Motorsport and Rowe Racing are supposed to make it 20. And don’t forget the most successful 24h-Race team that is back after a five-year break: Schnitzer.

In the fight for the lead in the all-time record list the Bavarian team also will have to battle it out with their direct rivals in the fight for this title: like Schnitzer, Manthey Racing also secured fiver overall wins to date and with its Porsches 911 GT3 R that are raced by works drivers they definitely represent a force that has got what it takes to become a factor. A fact that has been demonstrated by their two wins in the two 2017 VLN (Endurance Championship Nürburgring) rounds contested to date. Also representing the Porsche colours will be Falken Motorsport and Frikadelli Racing, two teams that demonstrated more than once that they are among the fastest when it comes to racing at the Nordschleife.

And even beyond the ‘Big Four’ the 2017 Nürburgring 24h-Race entry list is peppered with top-class teams that are determined to give the apparently superior works squads the hardest possible time. The squad around James Glickenhaus, for instance, that will contest the race with two SCG009c prototypes under the team name ‘Traum Motorsport’ did particularly well in the qualifying race. Only a technical failure stopped the team on the way to its first triumph. At the same time, Bentley also is very competitive. Yes, it has to be admitted that the Bentley is the concept-wise oldest GT3 on the grid but entered by Abt and raced by outstanding drivers, the brawny Briton was among the front runners, in the qualifying race. There it also had to compete with independently entered GT3 Ferrari from Switzerland that also will be back for the 24h Race.

A glance at the ‘smaller’ categories demonstrates that these classes also feature a lot of top-class team, drivers and cars. Numerous independent cars will fight with one another in the cup classes and entertain the fans with thrilling battles. But there also will be works teams racing in these categories. For instance in the booming GT4 class that is contested by Aston Martin with a works squad while Audi’s R8 is making its debut. Meanwhile, several brands are contesting the event in the production-car category: Hyundai and Subaru are racing in the SP3T and Toyota Gazoo in the SP3 to possibly secure the class win.