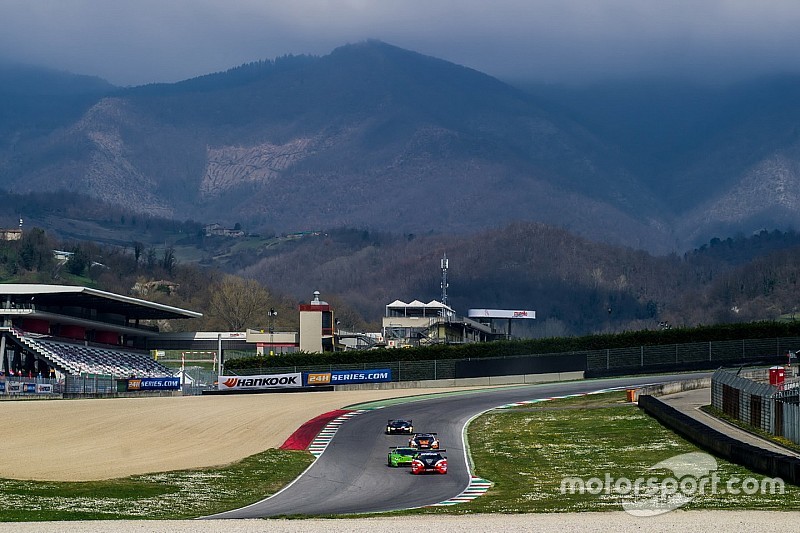 It was the Optimum Motorsport Audi R8 LMS that led the most laps in the race and it looked destined for victory, before disaster struck the team that won the SP3 class in 2015. With just under 90 minutes remaining the Audi suffered a gearbox problem and lost the lead to the V8 Racing Renault RS01 FGT3. Half an hour later the problems resurfaced and as Ratcliffe came to a halt on the track he was hit by an unsighted DINAMIC SRL Porsche 991 Cup (#56, Alex de Giacomi/Giovanni Berton/Niccolo’ Mercatali/Mattia Drudi).

GDL team Asia (#77, Gianluca De Lorenzi/Giacomo Barri) won the SPX class with its Lamborghini Huracan Super Trofeo, finishing four laps ahead of the second placed Vincenzo Sospiri Racing car (#666, Jia Tong Liang/Jaap Bartels/Daniel Mancinelli/Jacopo Faccioni). The #666 Lamborghini was unable to make up the two-lap penalty it was given for driving into the pit lane in the last 10 minutes of part 1 and a three-minute penalty for its driving behaviour in part 2.

In the 991 class for Porsche 991 Cup cars MRS GT-Racing (#78, Charles Putman/Charles Espenlaub/Joe Foster) took the top spot. The MRS GT-Racing team had been trading the lead with the #56 DINAMIC SRL Porsche for most of the race. It had already taken the lead when the #56 DINAMIC SRL car collided with the #14 Optimum Motorsport Audi. The Tsunami RT Porsche (#86, Oleksander Gaidai/Come Ledogar/Kriton Lentoudis) finished in second place.

Despite losing a large amount of time at the end of part 1 yesterday and having to repair the car overnight, the Besaplast Racing Mini Cooper S JCW (#165, Franjo Kovac/Fredrik Lestrup/Henry Littig) won the A2 class. In the end the gap to the second placed #169 Barin Ford Fiesta ST was 12 laps.

There were five Code 60 interruptions in the second part of the Hankook 12H Italy-Mugello, with a total time of 33 minutes and 8 seconds run under Code 60. The 24H Series powered by Hankook now moves on to Silverstone in the United Kingdom on 1-3 April.