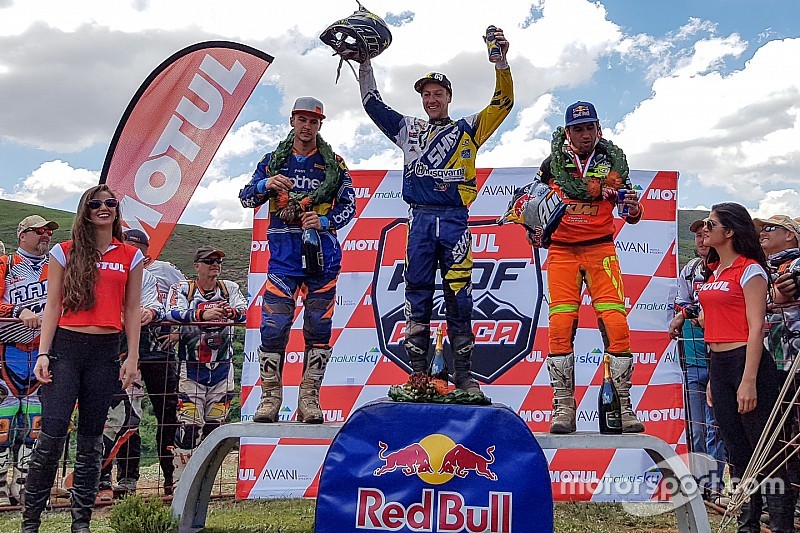 Graham Jarvis has beaten rival Alfredo Gomez to victory in the 2016 Motul Roof of Africa after a lengthy race to the finish.

Jarvis and Gomez rode together for a large part of the event that is being considered as one of the world’s most extreme motocross endurance races. Competitors had to cope with a total of over 400km through Lesotho’s most challenging rocky terrains.

The 41-year-old British veteran created a small gap at the end of the third and final race day, which had lasted 140 km. While storming down Bushmans Pass, Jarvis kept the lead and crossed the finish line with his Husqvarna machine first.

“I’m very happy, a fourth title feels incredible,” Jarvis said after removing the dirt from his face. “Cheers to the variety of the terrain and a long day, I just had enough energy to get to the finish.

“I got halfway when I knew it was going to be a sprint to the finish. From the last fuel stop we just went for it and we were flying. But there is also a bit of luck involved when it comes to that stage.”

Gomez departed just half a minute after his British rival and could match his pace. But overtaking in the final part of the race wasn’t possible due to the tough terrain.

“I’m very happy because this race is so hard; there are a lot of rocks and they are moving all the time,” KTM factory rider Gomez commented after the race. “It’s difficult to get traction and you need a bit of luck too. The race is crazy and so long. My hands are completely destroyed.

“I started the day pushing when I tried to catch Graham. When I got him, we attacked and rode together a long time. I tried to get away and he tried it too, but I was always able to follow him.”

Five South African riders and British youngster Billy Bolt were battling all the way through for third, the pack managing to close the gap to the frontrunners to under seven minutes at one point.

Bolt lost ground in the closing stage of the race after a small technical issue followed by a navigation error. The 18-year-old ranked seventh, ahead of German Andreas Lettenbichler, and South Africans Altus de Wet and Dwayne Kleynhans.

French Yamaha rider Marc Bourgeois was classified 20th in the gold category, having won the ‘round the houses’ race in Maseru on Thursday only to lose time on Friday when he got stuck in the mountains for two hours.

Persevering through the three-day event that covered over 400 kilometres was found to be a challenge by most of the riders. A large pack of competitors didn’t make it to the finish in time - but most of them were given permission to start the final day.

Some riders were treated for dehydration as warm weather conditions of 30 degrees Celsius proved to be a dealbreaker in this extreme endurance event.

Most of the top riders have pledged to enter next year’s event, which is likely to end the motocross hard enduro championship once again.

Jarvis beats Gomez on day 2 of Roof of Africa 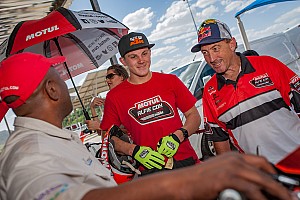 Roof of Africa legend: "Billy Bolt has a huge future ahead of him" 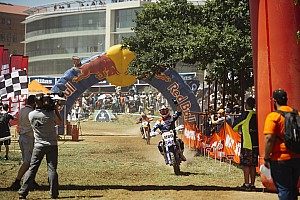 Bourgeois survives Roof of Africa: "It was a crazy race" 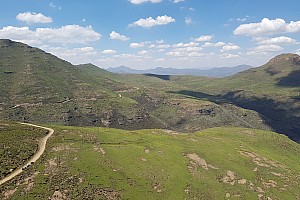 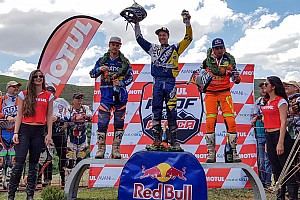 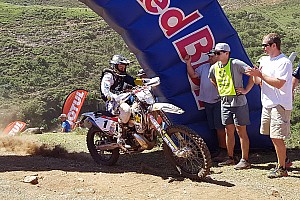 Jarvis beats Gomez on day 2 of Roof of Africa