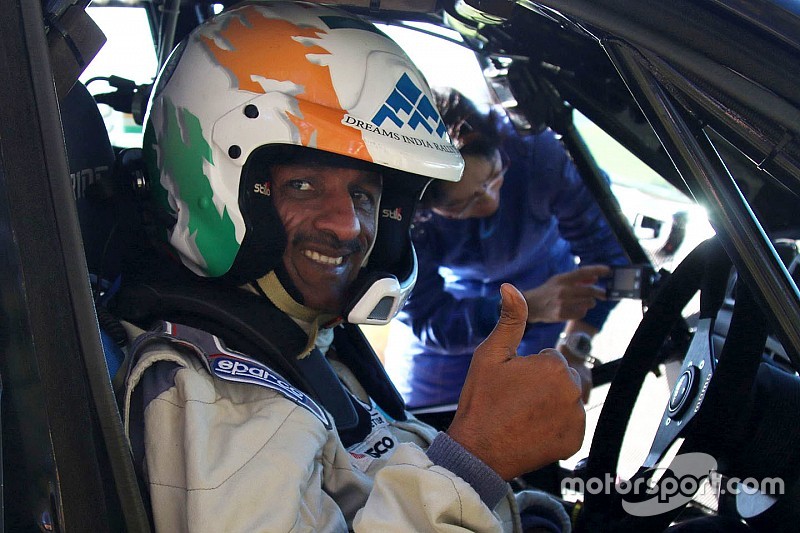 The Indian will drive the Subaru Impreza in his first rally on European soil, having raced in Asian countries till now.

"I will be driving the Markko Martin Motorsport built Subaru Impreza car with Michael Young, my Team Cusco Japan teammate in the Asia Pacific Rally Championship, as my navigator,” Takale said.

“When the opportunity came, we both decided that we simply had to make it happen. We decided to drive in Estonia and be driver and co-driver to share costs and gain maximum experience that we can both take back to APRC campaigns," he added.

Takale and Young are among the four entrants in the open category of the ERC round in Finland and will be eyeing to take the fight to the BMW and Mitsubishi entries.

"My main goal for the three day-event, comprising of 107 competitive kilometres, is simply to experience European rallying," he said.

“Besides getting a chance to drive on such terrains, I am more excited to get the chance to drive alongside the WRC drivers who go to Estonia to get ready for the Finland round of WRC,” he explained.

“Given that I had never been to this country even during my backpacking days when I toured 110 nations, I was more eager to take up the challenge.

"It will also help me in getting myself attuned to the courses in Europe, which is very important before I plan to drive in the full season of WRC in the coming years."

Takale has an unusual challenge this weekend driving in a left-hand driven car. The Indian has experience of driving those cars, but never in the competitive stages.

"My practice was good without any hitch and was able to drive it nicely and pace notes done by Mike also were helpful," he said.

Takale made a return to competitive racing this year driving in the APRC, after missing the whole of 2015 due to illness.

The Pune-based driver retired from APRC season-opener in New Zealand but managed to finish the Australian round in eighth place.