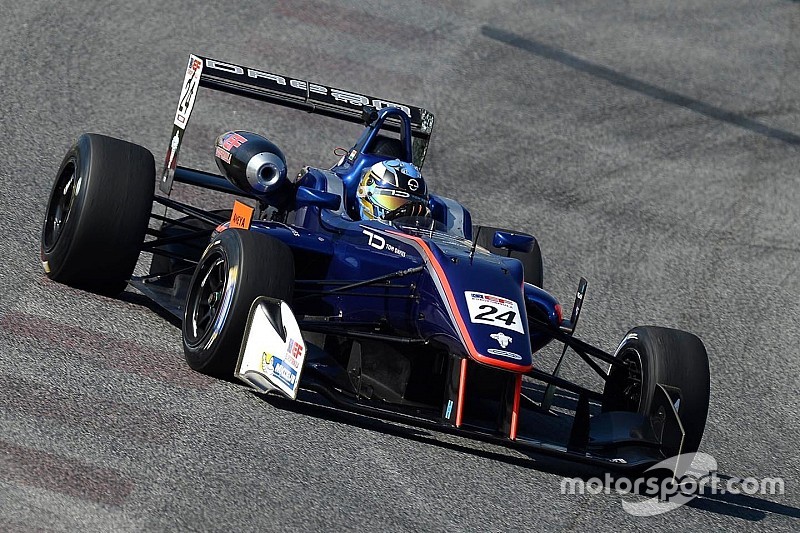 India’s Ameya Vaidyanathan rounded off his sophomore Euroformula Open campaign with a podium finish in the season finale at Barcelona.

Vaidyanathan qualified on pole position for the second of the two races at Barcelona, his best qualifying result in the pan-European series.

However, a slow getaway dropped him from first to fifth as the field made its way through the first turn.

Fortunately for Vaidyanathan, Joey Mawson and Jannes Fittje ran wide in the opening sequence of corners as they battled for position, allowing the Carlin driver to sneak through and move to third.

With Felipe Drugovich and Nikita Troitskiy breaking away from the rest of the field, the 20-year-old settled for third and claimed his second successive podium finish.

Following this result, he finished fourth in the drivers standings with 168 points, only two adrift of teammate Devlin DeFrancesco.

He was classified a lowly 14th in the championship, with 26 points on board.