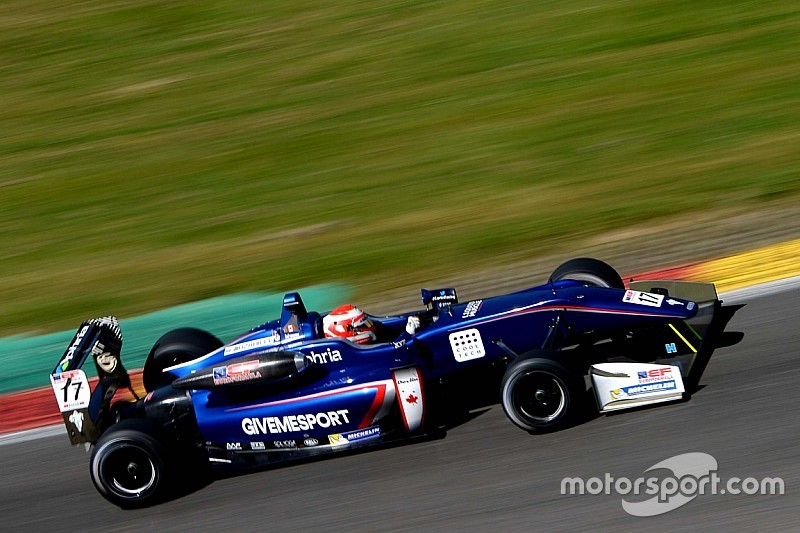 Young Canadian Devlin racer DeFrancesco will contest the final round of the 2017 Euroformula Open at the Circuit de Catalunya, Barcelona this weekend.

The Toronto native is ready to fight for third place in the drivers’ standings of the Euroformula Open, and to score a strong finish in the Spanish F3 Championship.

DeFrancesco is just five points off third place in the championship and extended his Spanish Formula 3 lead over his Carlin teammate, Ameya Vaidyanathan to 24 points.

“If I can get on the front row again and defend my position [this weekend], I’m confident that we can climb to third in the drivers’ championship. Winning the Spanish Formula 3 title is another goal! I currently have a good advantage, but anything can happen, so I will remain completely focused on just maximising the result,” said the 17-year-old Canadian.

DeFrancesco will also be contesting the Macau Grand Prix with Carlin on November 17-19, driving the Volkswagen-powered Dallara he drove in the final two rounds of the 2017 FIA European F3 Championship.

“Driving in the European F3 Championship was incredible,” he said. “Obviously, we now have to think about what we want to do next year and that is a very competitive series. Nothing is confirmed for 2018 yet though and for now we’re concentrating on closing out the current campaign on a positive note, then we’ll start looking at our options.”