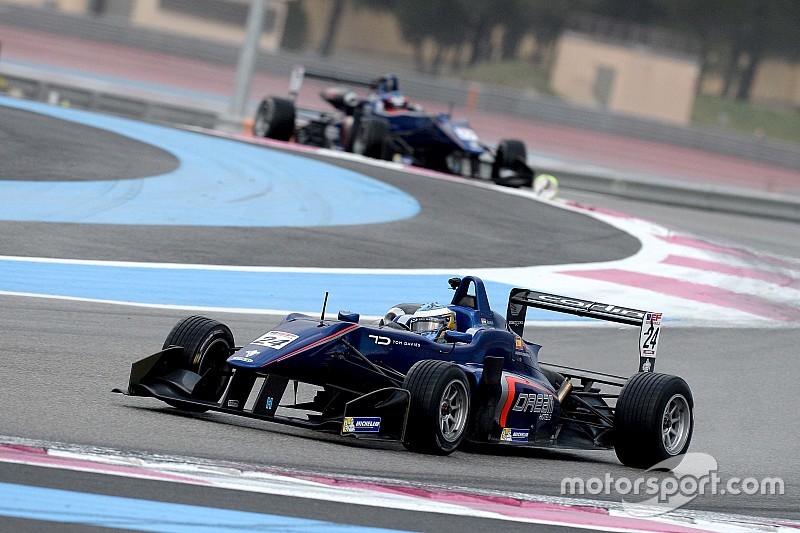 Ameya Vaidyanathan notched up a top five finish in the final Eurformula Open Winter Series race at a soggy Paul Ricard on Saturday,

In the one-off round at the French circuit to kick start the year 2017, Vaidyanathan finished first, third, ninth, second and seventh in the five test sessions held across Friday and Saturday.

The Carlin driver then qualified eighth for the first race on a damp track, losing time due to the change in weather after showing solid pace in the practice.

With rain continuing to fall, the first race on Saturday started behind the safety car as the track was not deemed safe enough for a normal start.

Once the race got going, the Indian was right in the pack with the leading group, but with the track still posing a challenge, Vaidyanathan slipped behind.

In another race affected by rain, RP Motorsport's Harrison Scott lept into the lead at the start from Campos' Thiago Vivacqua and Troitskiy.

Vaidyanathan had a much better run in the second race as he stationed himself in fifth behind Fortec's Fittje and ahead of Carlin teammate Devlin DeFrancesco.

Up ahead, Scott built up a healthy lead to win the race from Troitskiy, who managed to pass Vivacqua on the final lap of the race, demoting the Brazilian to third.

Meanwhile, Vaidyanathan couldn't catch up Fittje and had to settle for fifth, but managed to keep DeFrancesco behind all-through the race.

With the completion of the Winter Series round, the action will now resume during the April 29-30 weekend at Estoril for the start of the 2017 EF Open season.

Vaidyanathan stays in Euroformula Open with Carlin for 2017 season