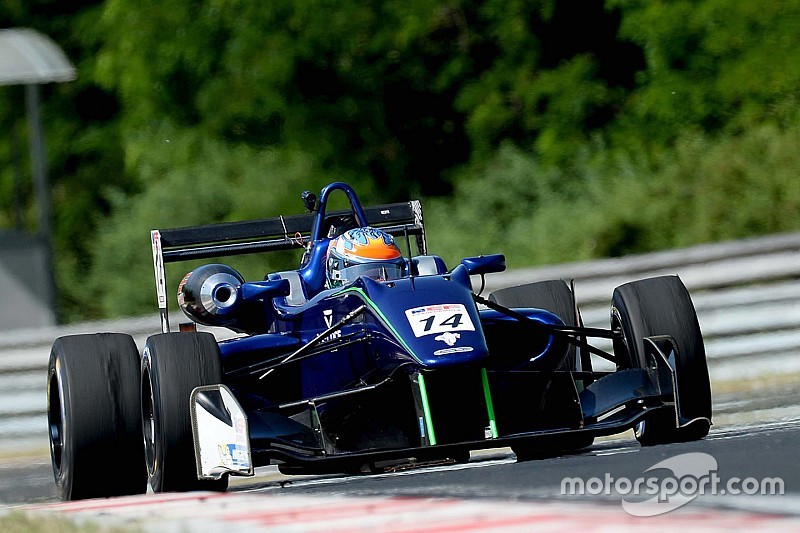 Ameya Vaidyanathan and Tarun Reddy had an underwhelming weekend in the fourth round of EuroFormula Open in Hungary, with the Indian duo managing a best finish of sixth each.

In the opening race, Daniil Pronenko and Matheus Iorio crashed at the exit of turn 1, with Vaidyanathan, who was running right behind them, unlucky to pick up suspension damage in the incident.

The Carlin driver was forced to pull into the pits and retire the car, severely dampening his title hopes.

Meanwhile, Reddy took full advantage of the crash to jump up to P6 and held that position until the chequered flag.

Brazil’s Thiago Vivacqua claimed the top spot on the podium, becoming only the third driver to win a race this season, with Campos teammate Simo Laaksonen and Drivex’s Nikita Troitskiy completing the podium spots

Crucially for race retiree Vaidyanathan, championship leader Harrison Scott finished a distant ninth and was unable to build extend his points advantage by a significant margin. 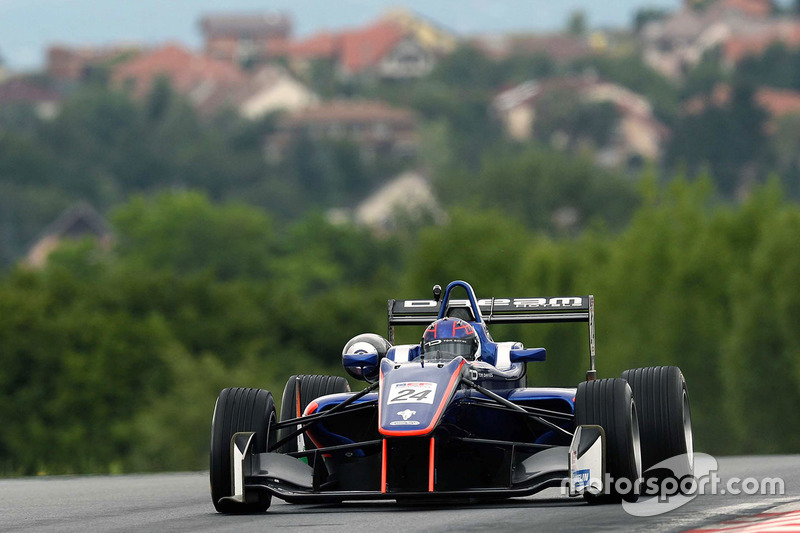 Sixth for Vaidyanathan in Race 2

At the start of Race 2, Eliseo Martínez spun while Devlin DeFrancesco and Petru Florescu tangled together on the opening corner, bringing out the weekend’s sole safety car.

However, unlike the Saturday race, both Vaidyanathan and Reddy managed to steer clear of the carnage and elevate themselves up to sixth and ninth respectively.

However, the Indian driver couldn’t find a way past on a track that is notoriously difficult for overtaking and had to settle for sixth place.

Meanwhile, Reddy slipped behind Iorio at the restart, but stayed on the tail of the Spaniard to bag the final championship point in 10th.

At the front of the field, Scott bounced back from his Race 1 disaster to take a lights-to-flag win, with Troitskiy and Raoul Hyman finishing second and third respectively.

Following this lacklustre weekend, Vaidyanathan has fallen to third in the championship, 18 points off Troitskiy. Reddy is currently 12th in the standings, with 23 points on the table.