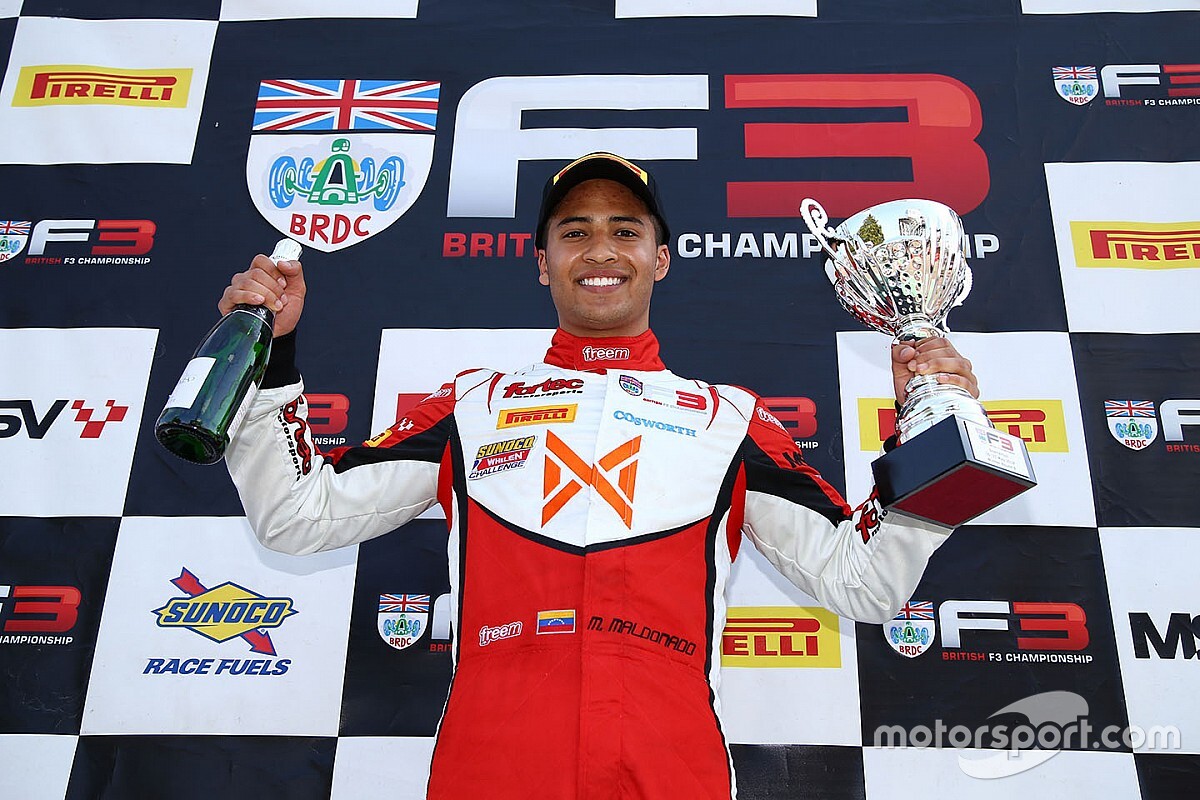 Manuel Maldonado, the cousin of 2012 Spanish Grand Prix winner Pastor Maldonado, will step up to contest the Euroformula Open series this season with top team Motopark.

German squad Motopark, which carried Dan Ticktum to Macau Grand Prix glory in 2017 and 2018 and then ran Marino Sato to the EFO title in 2019 – its first season in the series – has confirmed a three-car line-up for the delayed 2020 campaign.

Venezuelan Manuel Maldonado will join German Formula 4 graduate Niklas Krutten along with Cameron Das, whose programme with Motopark had already been announced, and which the American will dovetail with his FIA Formula 3 commitments with Carlin.

Maldonado makes the move after three seasons in the BRDC British Formula 3 Championship, in which the 20-year-old took three race wins and finished sixth in the 2019 standings.

He also made a one-off EFO debut in 2019 at Silverstone with Fortec Motorsport, the team with which he competed in British F3, before embarking on a test programme with Motopark.

Krutten, 17, also stepped up to EFO in the late stages of 2019, after starting the season in the German and Italian F4 championships, but returned to the junior category for the FIA Motorsport Games, where he earned the silver medal for finishing second.

Motopark chief Timo Rumpfkeil said: “Both Niklas and Cameron have been testing and preparing themselves extensively over the winter months – we’re sure they can follow in the footsteps of our successful 2019 campaign.

“Manuel, too, has been testing and preparing a lot over the winter and looks a very promising rookie indeed.”

Maldonado said: “I am extremely excited to be joining Motopark for the upcoming season, having done the winter testing in 2019.

“I can say that it is a privilege to be part of such a team, who work around the clock to be the best.

“Despite the current situation, the team and I are ready to go when it is safe to do so.”

Motopark signed six drivers for the 2020 EFO season, the first to be run with the brand-new Dallara 320 chassis, which continues the old Formula 3 philosophy but brings the halo safety device into the category.

With EFO regulations mandating a maximum of four drivers per team, some of those drivers look likely to compete with an additional German squad that Motopark will “support in the best possible manner” with a “technical cooperation” as Rumpfkeil previously told Motorsport.com.

The 2020 Euroformula Open season is provisionally set to start on June 27-28 in Hockenheim, although German measures to counter COVID-19 mean the event's fate is far from certain. The next race on the EFO calendar is a July 11-12 round on the Hungaroring.