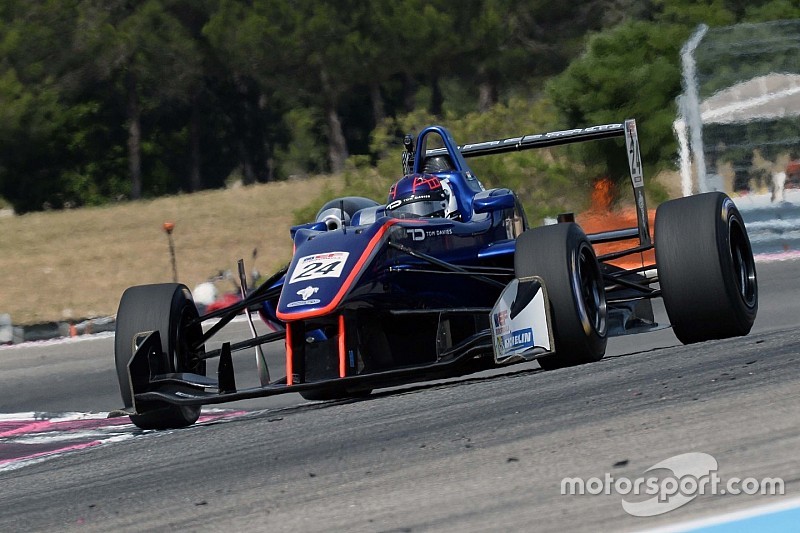 Ameya Vaidyanathan continued his strong run in EuroFormula Open, scoring his third podium of the 2017 season at Paul Ricard.

Vaidyanathan was quick off the line from fourth on the grid, but was unable to find a way past the top-three runners on the run down to turn 1.

The Carlin driver spent the first half of the way race behind Fortec’s Jannes Fittje, before diving down the inside of the German on Lap 7 after the Mistral straight.

Thereafter, the 20-year-old started chasing down Nikita Triotskiy for second position, before settling for the final spot on the podium.

In stark contrast to Vaidyanathan, Tarun Reddy’s race barely lasted 50 metres after a startline crash damaged his suspension system and led to an immediate retirement.

Meanwhile, Harrison Scott led the field comfortably from pole position to score his fourth win of the season and extend his lead at the top of the standings.

In the second race, another quick opening lap from Vaidyanathan saw him jump RP Motorsport’s Alex Karkosik to move into fourth position.

The Indian spent the next three quarters of the race preserving his tyres for a late charge for podium positions.

The move appeared to have worked out when he closed in within a car’s length of Fittje with three laps to go.

However, the Carlin driver was unable to overtake the German despite several attempts, eventually finishing just 0.6s behind after 15 laps of racing.

Meanwhile, Reddy failed to grab the headline in Race 2 after another difficult day behind the wheels of the Carlin Dallara FR312.

The British F3 graduate finished just outside the points in 11th place, having started from the sixth row of the grid.

At the front of the field, Scott completed a double win after an interesting tussle with Troitskiy during the opening five laps of the race.