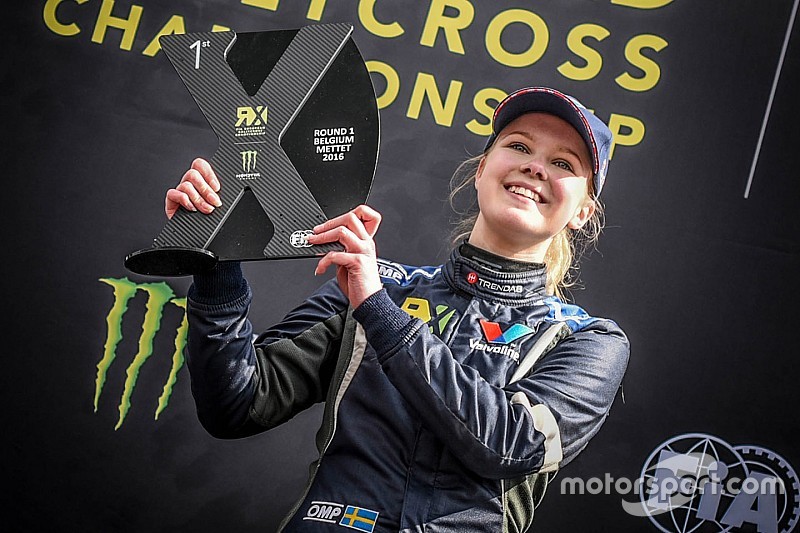 Marklund Motorsport will field a pair of Volkswagen Polo RX Supercars for Magda Andersson and Anton Marklund in the FIA European Rallycross Championship in 2017.

Following three years of competing in the FIA World Rallycross Championship, the team recently made the decision to focus on developing talent in Euro RX, and with an exciting pairing in Marklund and Andersson, Marklund Motorsport is expecting to fight for podiums next year.

The team’s new signing, Magda Andersson, made her first international rallycross appearance in 2012, and for the last two years has raced at the front of the field in the TouringCar division. In 2016, Andersson became the first Swedish woman to win a Euro RX event and fought for the rear-wheel drive championship all season. She only missed out on winning the title by a single point at the last round in Germany.

“I’m really looking forward to working with Marklund Motorsport. I’m super happy to have the opportunity to race with one of the world’s best rallycross teams, with one of the best Supercars,” she said. “Looking back on the last two years in TouringCar, myself and my team felt that it’s time for the next challenge and moving up to Supercar is very exciting. I’m really looking forward to the start of the season in Barcelona next April.”

Anton Marklund, who has spent recent years racing in World RX, will focus on developing his driving and gaining experience with an increased a circuit-racing programme in 2017, alongside his Euro RX commitments.

“I’m really happy to have my plans for next season already set at this point of the year,” said Marklund. “Even if it will be less rallycross, it will give me time to do more circuit racing. 2017 will be a year where I focus on developing as a driver and gaining different experiences. I know better than anyone how hard everyone works at Marklund Motorsport and I’m confident in the team’s plans for the upcoming season. I’m sure we can be strong.”

The FIA European Rallycross Championship takes place over five rounds. Marklund Motorsport Team Principal Jan Marklund is excited about the 2017 season. “Magda is extremely talented and we’re really looking forward to having her in the team,” he said. “With Magda and Anton we will be in a good position to fight for the Euro RX medals. Both drivers have similar driving styles, which will make it easier with set-ups. Magda and her team are really nice people, focused on achieving results and I think we will work well together. I have the philosophy that it´s easier to succeed if you have fun, and that will be the keyword within Marklund Motorsport in 2017.”