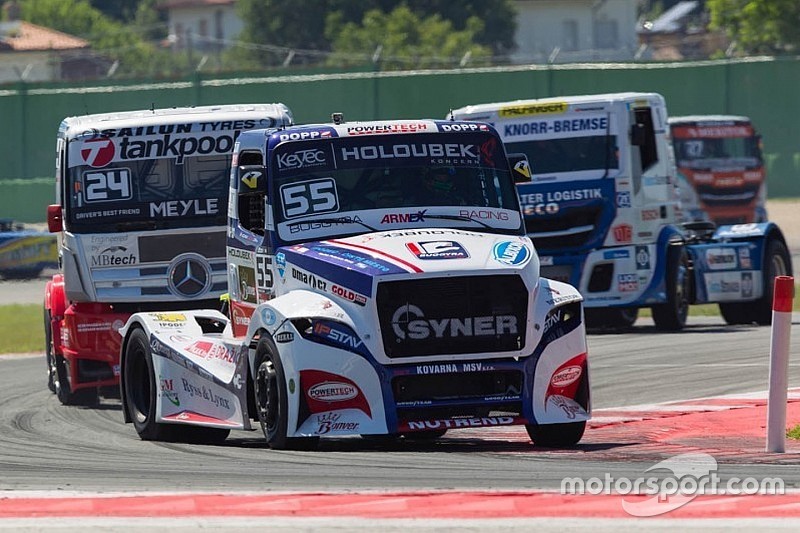 As Formula 1 ends its summer slumber at Spa, so too is the FIA European Truck Racing Championship, with live coverage of round five from the Hungaroring headlining across Motorsport.tv’s global channels.

The battle of the big-rigs has so far gone the way of Adam Lacko, whose six wins from seven races across the Misano and Nurburgring meetings have put the Czech in a commanding position atop the standings. However, Lacko was unable to challenge for the top spot at the Slovakiaring, which will encourage the pursuing pack headed by double champion Norbert Kiss.

The Hungarian will be eager to add to his two wins from Slovakia on home turf, while quadruple champion Jochen Hahn and truck racing’s first lady Steffi Halm will also expect to be in the hunt.

With the tight and technical Budapest circuit’s reputation for close racing – sometimes too close for comfort – make sure to tune in for live coverage race one and two on Saturday, followed by Delayed-as-Live coverage of Sunday’s races.

Live in the UK, France and the rest of Europe is the European Le Mans Series from Paul Ricard.

In the new era for LMP2 characterised by greatly-increased top speeds, just four points separate G-Drive Racing (ORECA) and United Autosports (Ligier) at the top of the standings, the latter coming off the back of a second win of the season last time out at the Red Bull Ring.

With Ryo Hirakawa again absent, Nicolas Minassian returns to the G-Drive line-up and will be eager to avenge the team’s narrow defeat in Austria. The surprise package of the season has been the Danish High Class Racing team, currently sat third overall.

As one of four Dallara entrants in the field, Anders Fjordbach and Denis Andersen will be hoping to exploit their straight-line speed advantage, while it’s a similar story in the LMP3 ranks, where Duqueine Engineering will hope the Norma’s ultra-efficient aerodynamics will validate its decision to switch over from Ligier.

It’s still Ligier that lead the title race however, with the #2 United Autosports squad of Sean Rayhall and Jon Falb currently tied on points with the all-French Ultimate entry. There’s action aplenty to be had in the GTE class too, where British teams JMW Motorsport and TF Sport will battle it out in a classic Ferrari versus Aston Martin grudge match.