The Abt Cupra Extreme E team has hired four-time Dakar Rally winner Nasser Al-Attiyah to replace Mattias Ekstrom as teammate to Jutta Kleinschmidt for the 2022 season.

Confirmation that the manufacturer-backed squad would continue in the series arrived in December last year, but there was a growing uncertainty around Ekstrom's involvement.

Alongside Carlos Sainz Sr and Stephane Peterhansel, he is also part of the driver roster for the Formula E powertrain-derived Audi RS Q e-tron Dakar car that debuted last month.

His busy schedule plus the Swede's ongoing dissatisfaction with the fragility of the Extreme E car and the slow progress constructor Spark Racing Technology was making to remedy its persistent suspension breakages put his ongoing participation in doubt.

Motorsport.com understands that he was allowed to hold off a decision on his Extreme E future until after the conclusion of the 2022 Dakar Rally event, and he has since stepped back.

Al-Attiyah, the defending Dakar champion, has been signed to replace Ekstrom as teammate to the event's 2001 victor Kleinschmidt, who is retained after her star turn when she stepped in to cover for an ill Claudia Hurtgen.

Hans-Jurgen Abt said: "Of course we are a bit sad to let Mattias go. He did a great job in our team during the first season on and off the track and has been part of our family for 20 years – that won't change, but of course we respect his priorities.

"With Jutta and Nasser we now have a new team at the start that is extremely strong again.

"Our goals remain the same: we want to fight for race wins and the title." 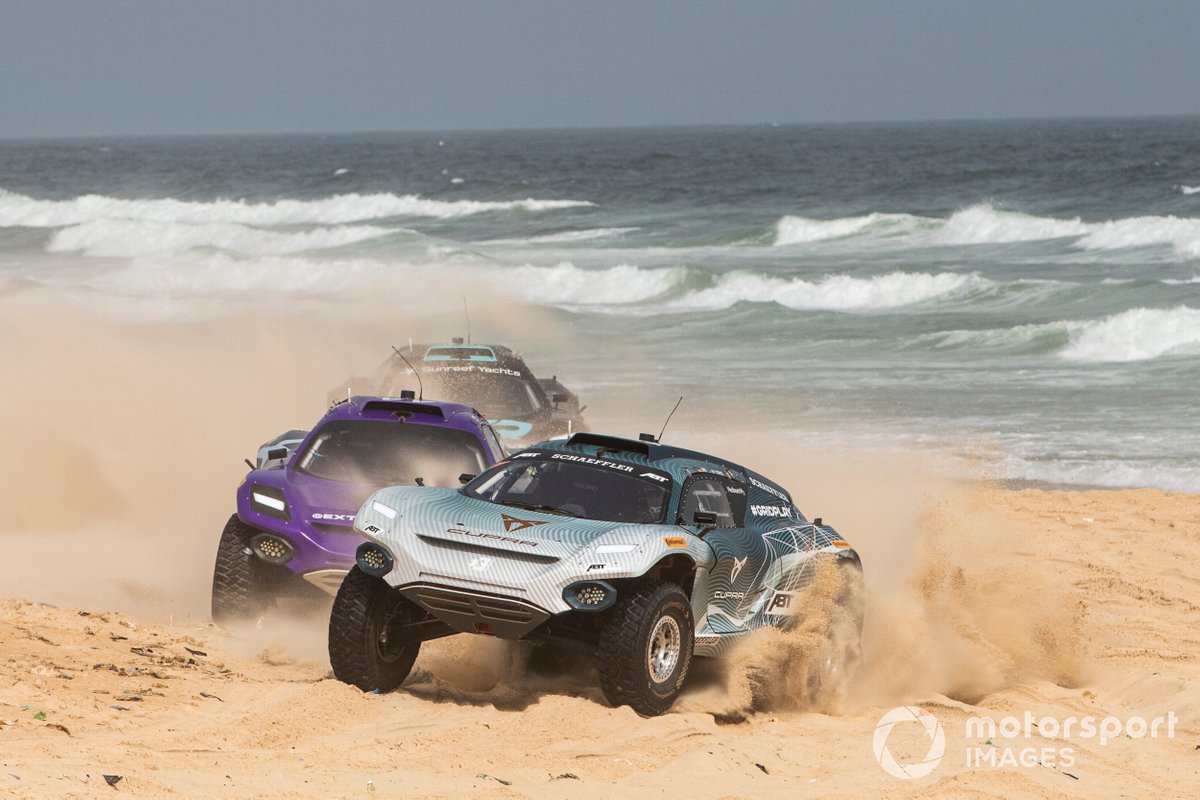 Ekstrom and Kleinschmidt were among the faster duos during an inaugural Extreme E campaign but were blunted by the high attrition rate and ranked fifth of the nine teams in the final standings.

Neom replaces the previous Saudi season opener in AlUla as it bids to promote its sustainable credentials.

McLaren has announced a new strategic partnership with Neom, a government-backed smart city project in Saudi Arabia, that will serve as the title sponsor of its electric racing teams.

A collision, a penalty, and much information gathered: the first round of the 2022 Extreme E competition hasn’t coped CUPRA’s expectations. The team couldn’t reach the final due to a penalty received after an incident between Nasser Al-Attiyah and Carlos Sainz.