Kleinschmidt to replace Hurtgen for full XE season at Abt

The Abt Cupra Extreme E team has called up series reserve driver Jutta Kleinschmidt for the remainder of the season after her star performance in Senegal to replace Claudia Hurtgen.

Kleinschmidt, who in 2001 became the first and so far only female driver to win the Dakar Rally, will partner two-time DTM champion Mattias Ekstrom for the remaining three rounds.

The 58-year-old German, making a professional front-line comeback for the first time since 2016 after myriad amateur rally outings, deputised for Hurtgen last time out in Senegal.

She impressed hugely during qualifying, combining with Ekstrom to set the second- and third-fastest times across the two sessions, to progress into the first semi-final.

But the duo failed to reach the final after a driver change over communication error meant the car fell from first to last in the heat after Kleinschmidt could not see when to rejoin.

Kleinschmidt said: "I'm really looking forward to this new challenge, the preparation with the ABT team and of course to work with Mattias.

"At first, I followed the series from the organisers' point of view, then I got a spontaneous drive and now, together with Mattias, I'm actually a permanent member of the family of drivers. I'm very happy for the chance to compete at the highest level again."

Kleinschmidt was called up on the Friday evening of the Senegal event to replace Hurtgen after the former Helmut Marko protege was sidelined with serious food poisoning from shrimp.

Autosport understands she was then flown back to Germany and required a week-long stay in hospital after contracting a viral or bacterial infection.

This followed her dramatic outing in the inaugural event in Saudi Arabia when Hurtgen was involved in two massive shunts that caused terminal chassis damage to the car. 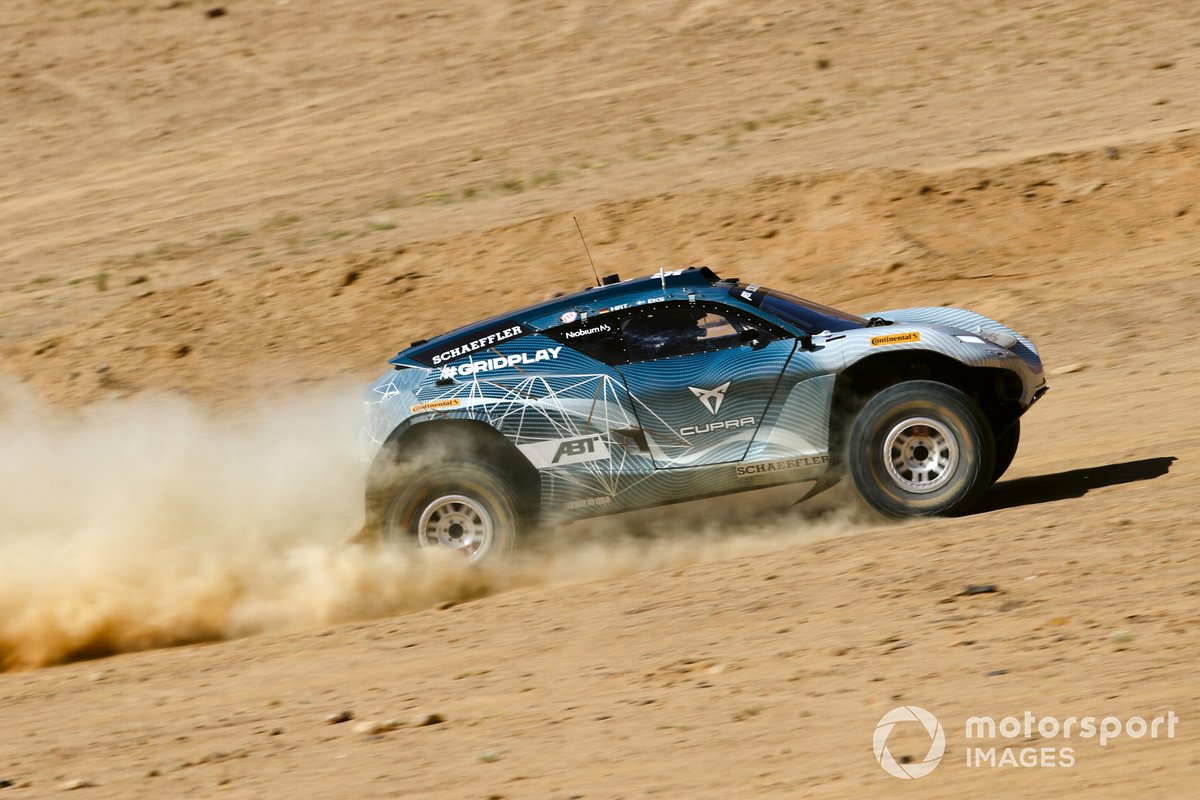 Hurtgen said: "This high time commitment is unfortunately not compatible at the moment with my professional work at BMW, which I live for with the same passion.

"I'm very grateful for the experiences that I've had within the Extreme E family and wish ABT, Cupra and Jutta only the very best for the next races."

Ekstrom, who made a point of telling team members only to eat rice and bread in Senegal, added: "accidents in Saudi Arabia, a spontaneous driver change in Senegal - it's time for us to now have a smooth weekend.

"We will thoroughly review the season so far, prepare more intensively than ever and try to make a fresh start in Greenland."

"Having [Kleinschmidt] in the team is also something special for me. I'm looking forward to the collaboration and her cumulative experience, which will serve us well in Extreme E."

The season continues with an event in Greenland across 28-29 August, when Kleinschmidt will celebrate her birthday, but two further race locations are to be confirmed.

This follows the double cancellation of the Brazil and season-final Argentina rounds owing to the COVID-19 situation in South America that forced Extreme E to abandon its course recces.