Veloce withdraws from Extreme E opener due to car damage

Veloce Racing has pulled out of the first-ever Extreme E event ahead of the second qualifying session due to irreparable damage sustained to the car’s roll cage.

He hit a section of camel grass at the bottom of the second sand dune on the desert course in the AlUla region of Saudi Arabia and rolled the car. The session was red flagged.

Veloce Racing has now withdrawn from the rest of the round due to terminal damage sustained to the roll cage.

A brief statement issued by the team read: “Following a review by the team and the officials, it has been deemed that it is unsafe to continue due to irreparable damage to the ODYSSEY 21 chassis.

“Stephane Sarrazin escaped unharmed. No further comment will be made at this time." 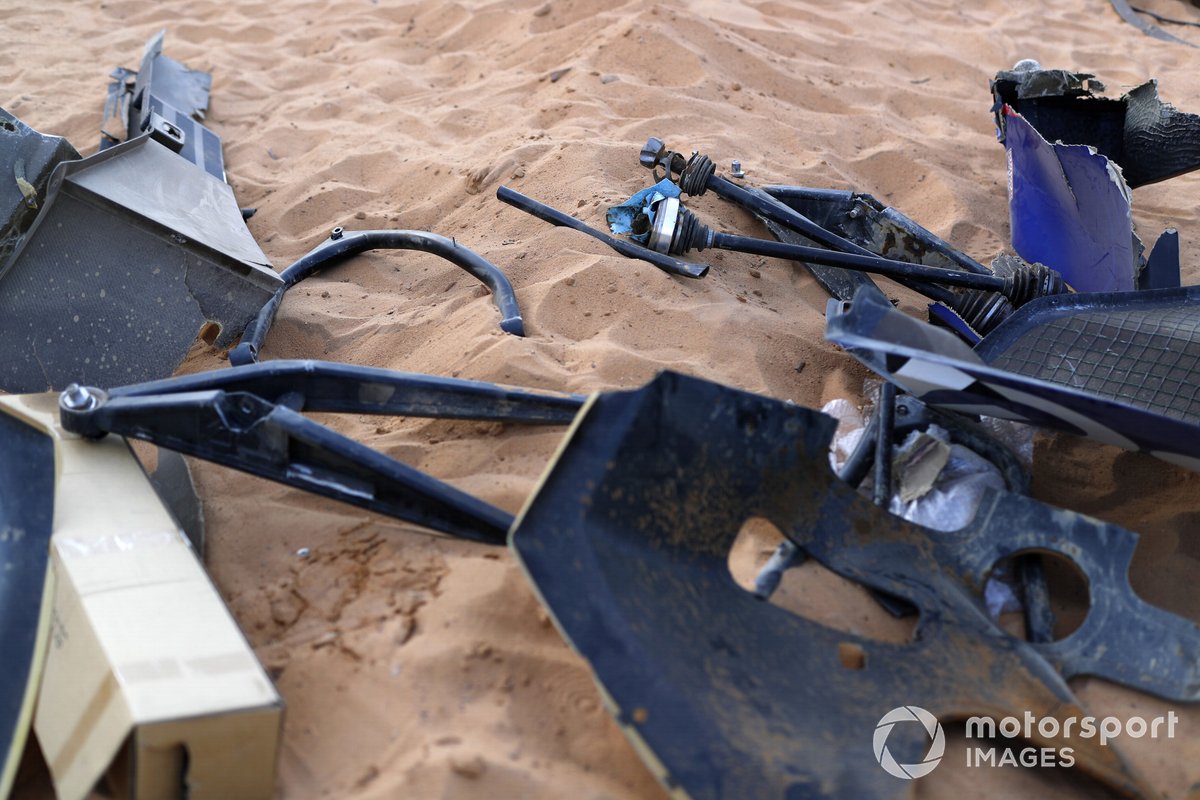 The Veloce Racing team manager Ian Davies explained to Motorsport.com that a new section of roll cage could not be fabricated, which would have allowed the team to re-enter in the Extreme E season opener.

He said: “There’s damage to the roll cage. We all know in this sport that safety is paramount.

“When we checked the car over with technical delegate, we took the roof off the car to look at the section of car.

“It’s a small kink but nonetheless the main hoop of the cage is damaged.

“This particular section wouldn’t be able to be changed. It’s the main hoop, so it’s one of the diagonal door bars and something is jutting out from the main hoop.

"It requires a whole new chassis.”

Veloce Racing will require a brand-new car for the following round, in Senegal on 29-30 May, but some mechanical components will be transferred over.

Davies added: “It will be a brand new spaceframe, for sure.

“The event [in Saudi] at the moment is still going on. Respectfully, we let the race go on.

“We’ll have these conversations with Spark, the main supplier, tomorrow after the race is finished. We’ll come up with a plan [for Senegal].

“There were always plans for this eventuality that were made in meetings over the last few months.”

Veloce Racing was the fourth of the nine teams to run in qualifying, but its car could not be retrieved back to the service park until after the session had finished.

As Sarrazin was the first in the car, it also means teammate and inaugural W Series champion Jamie Chadwick only completed one lap of the 5.48-mile course.

Davis told Motorsport.com: “The whole team is gutted. Jamie is of course gutted, so am I, so is every mechanic on the car.

“This is a very small team and to come to Veloce’s first ever race… we’ll all gutted. We’ll live to fight another day. That’s racing.”