F1 Recap: What happened after the 2018 Chinese GP 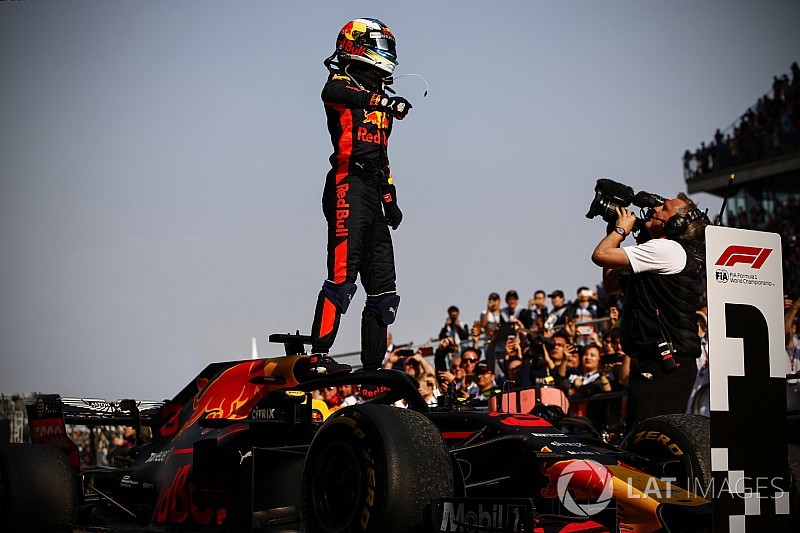 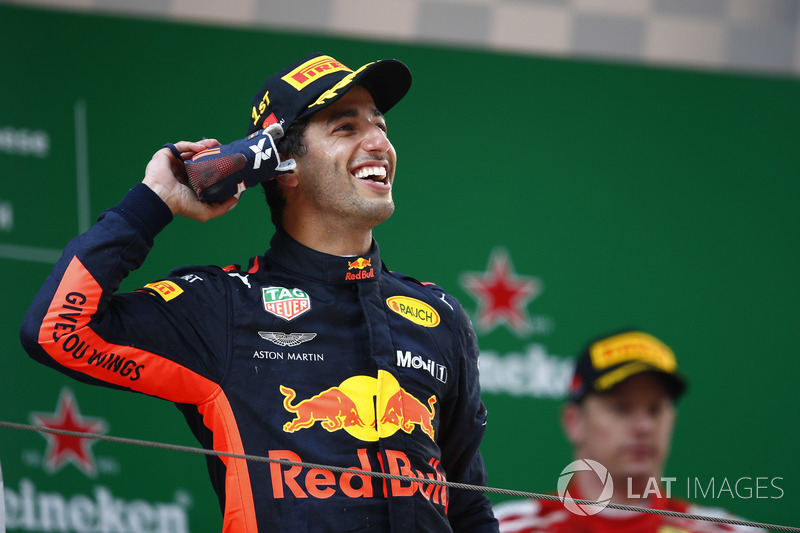 Helped by a mid-race safety car to clear debris, and his teammate Max Verstappen running off the track in a battle with Lewis Hamilton, Ricciardo did not put a foot wrong to grab an unexpected win.

Despite the strategy call of fitting fresh tyres during the safety car period being important for his success, it was a drive that required Ricciardo to produce the kind of high-calibre overtakes that he has become synomyous with.

As Red Bull boss Christian Horner said: “He's one of the best overtakers in the business, and his judgement is impeccable in terms of judging a gap, getting a car stopped and getting it rotated.

“So, I really feel that he's just at a different part of his career to where Max is at the moment - obviously he's still very young and fresh and going through that experience.”

Ricciardo was simply awesome – both during the race and even on the podium afterwards as he delivered a great soundbite about his aggressive moves.

“Sometimes you just have to lick the stamp and send it,” he told Martin Brundle as he was interviewed live on television. He was even more amusing in the post-race press conference.

Reflecting later on about a crazy seven days – which included an early retirement from the Bahrain GP, a turbo failure in final practice in China, getting into Q1 with just seconds to spare and then victory – the Australian said that ultimately the good days always outweigh the bad ones in F1.

“We really thought we were going to start the race from the back, just over 24 hours later to be here now… this sport’s crazy,” he explained.

“A week ago I was with my head down after two laps. Frustrated at the sport, frustrated at all the variables that are involved in the sport.

“Sometimes I questioned why I chose this sport because there are so many other things outside your control.

“It does get you down a lot. But when you have a day like this it’s worth 50 of those bad ones.” 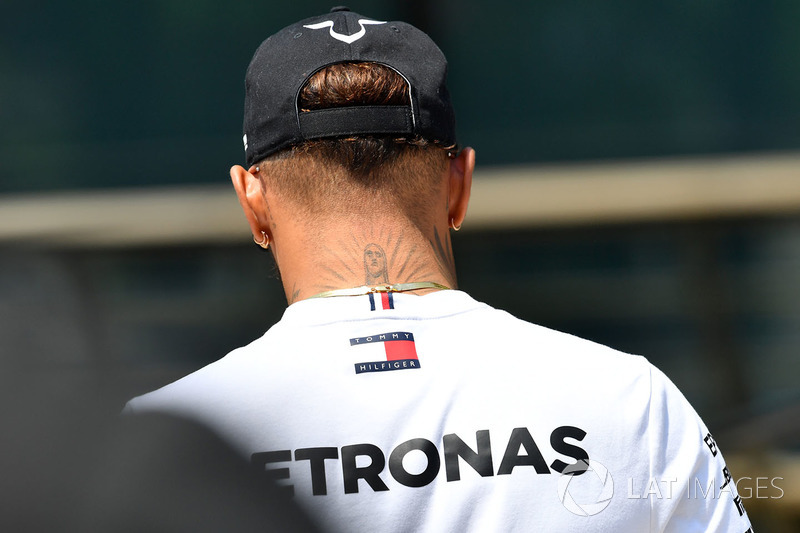 The Chinese result briefly thrust Ricciardo and Red Bull back into the world championship fight, especially on a weekend when Lewis Hamilton admitted that he and Mercedes had not done as well as they should have.

"In Formula 1 there is never a quick fix,” said Hamilton after failing to finish on the podium. “You can see how fast the picture can change. In testing and in Melbourne you could predict that we would run away with the championship because the car was so dominant. And here we go three races in, and we're not.

"In my opinion, this is a great group of people. We just need to stick our heads together, stay calm, get the head down, and come up with solutions.

VERSTAPPEN: I GOT IT WRONG 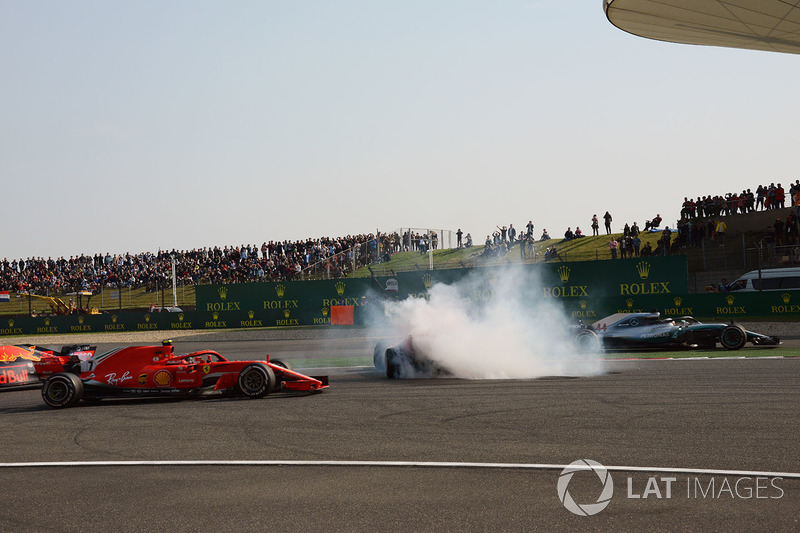 Max Verstappen owned up to getting it wrong in a late-race clash with Sebastian Vettel  – but insisted he does not need to ‘calm down’ his approach to racing.

The Dutchman was handed a 10-second penalty for his part in a collision with his Ferrari rival as they battled for third spot on lap 43 of the Shanghai race.

“I could see he was struggling on the tyres and tried to brake late in the corners,” said the Red Bull driver. “I locked the rears and hit him – it was, of course, my fault. Not what I want.”

Following a spate of incidents in the first three races of the year, Verstappen’s latest clash prompted suggestions that he may need to stop being so aggressive.

But pushed on whether he needed to turn the aggression down, Verstappen said: “It is easy to comment. At the moment it is not going the way I like of course, but does it mean I have to calm down? I don’t think so.

“It is very unfortunate those things happening and I need to analyse everything and try to come back stronger for the next races.”

Red Bull chiefs were open that Verstappen had got it wrong with his move, but remained confident the Dutchman would learn from his error.

"Max overdid it by trying to overtake Vettel," Red Bull advisor Helmut Marko said. "Yes, it was a mistake from him. He apologised. That can happen in racing." 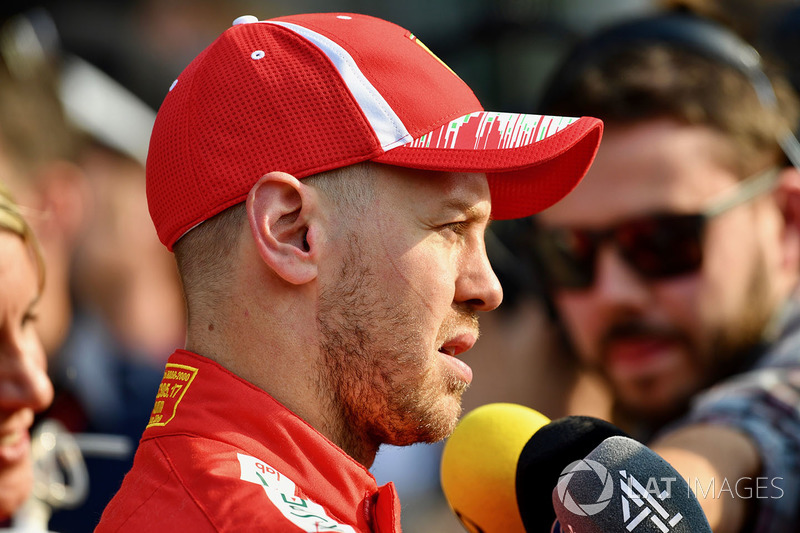 Vettel was not too distraught about what happened, and welcomed the fact that Verstappen had spoken to him immediately after the race.

“I appreciate the fact that he came to me straight away,” said the German. “I told him that was the way to solve it, face to face and not through the media or blowing something up. I have no problem. I was calm in the car, I tried to get the car back in the best possible position.”

After the race, Vettel expressed some frustration with the timing of the safety car though – which opened the door for Red Bull to put its drivers on to the charging strategy that proved so costly in the end. 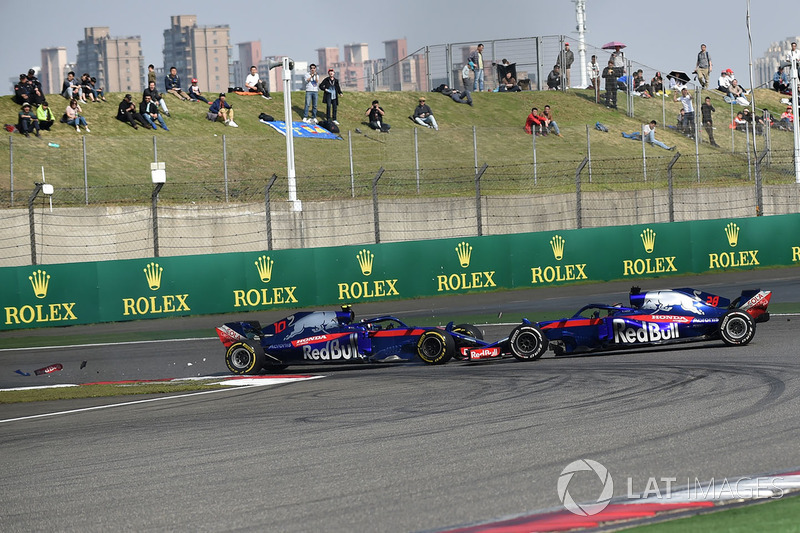 Vettel and Verstappen were not the only drivers to clash at the hairpin during the Chinese GP, with Toro Rosso’s Brendon Hartley and Pierre Gasly also coming to blows there.

The youngsters' clash triggered the caution period that turned the Shanghai event on its head, with the safety car called to clear the debris from their clash opening the door for a Red Bull victory.

The incident between the two Toro Rossos was not down to over-exuberance though, and actually owed more to a bit of miscommunication.

Gasly said: “They told me on the radio 'okay, Brendon is going to let you pass, at the end of the straight'. So I expected him to let me by, I went on the inside.

"I expected him to leave me a bit of space to turn, and finally when he started to turn like normally and I was on the inside, was too late and there was nothing I could do.”

Hartley, however, was expecting to concede the place on the way out of the hairpin, as he had done earlier in the race.

“We switched positions on the first stint as well because I was struggling on the ultrasofts, I let him by on the exit of Turn 14 and the second time I was asked, I planned to do the same.

"But my feeling is he must have thought that I was opening the door on the entry, which was not the case."

McLAREN GOT ITS TARGETS WRONG 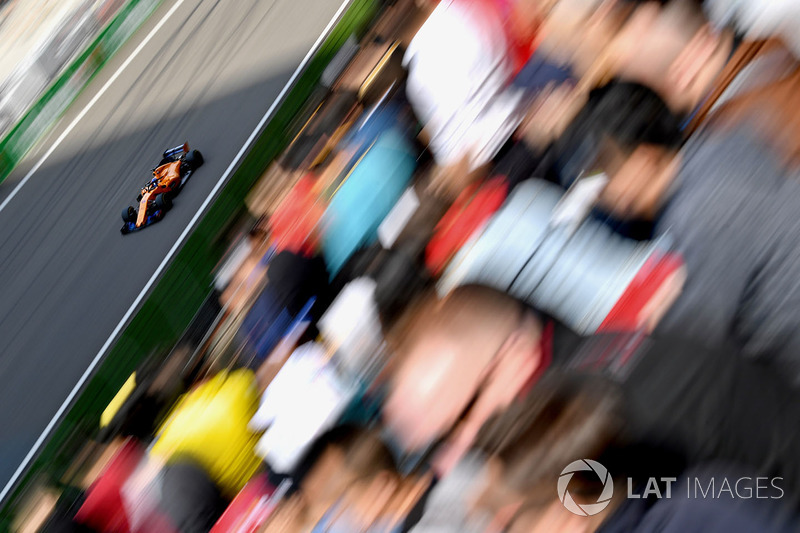 While the big three teams had all been left with varying bits of headscratching after the first three races of the season, there were some bigger answers being sought further back in the order as teams admitted to getting things wrong with their 2018 challengers.

Then McLaren racing director Eric Boullier admitted over the China weekend that the team's struggles with its MCL33 could be related to it not being ambitious enough with its performance targets.

"The car is a match for the target, so that means maybe the target was not the right one," he said. "So we need to revise in terms of ambition what we need to achieve."

He also insisted that the Honda years had not masked fundamental problems at McLaren, elaborating that the car reacts well to changes – but is simply lacking speed.

"The car is still very balanced, if you listen to the drivers, they are happy with the balance of the car. Whatever you try on set-up the car reacts accordingly. I think the car has no nastiness, if you want, in terms of design.

"We just need to make the car faster around the corners and in a straight line."

In the meantime, Fernando Alonso had been racking up the points – even if he was less than impressed with Vettel’s driving in China. 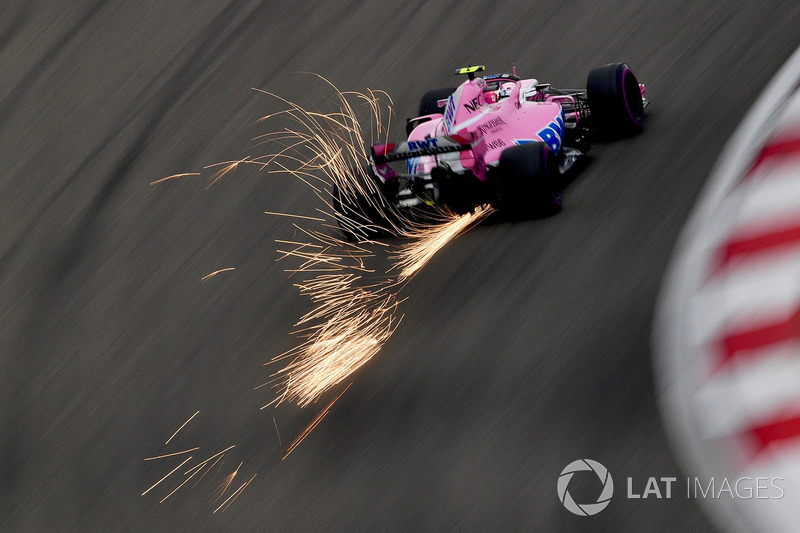 Force India went as far as admitting its new Formula 1 car is being held back by a "fundamental" problem that is affecting its balance in corners.

The Silverstone-based outfit has had a difficult start to the season as it has been chasing a cure for the issue that first emerged in pre-season testing.

Technical director Andy Green said the early indications of what he refers to as a "fundamental underlying issue" pointed to its CFD and wind tunnel data not aligning with how the car has performed in the real world.

"It is not a tunnel issue, it is a full-size issue," he said. "It doesn't match tunnel or CFD. The tunnel and CFD match, but unfortunately they don't match reality."

The day Button scored his “best win” – until next time!