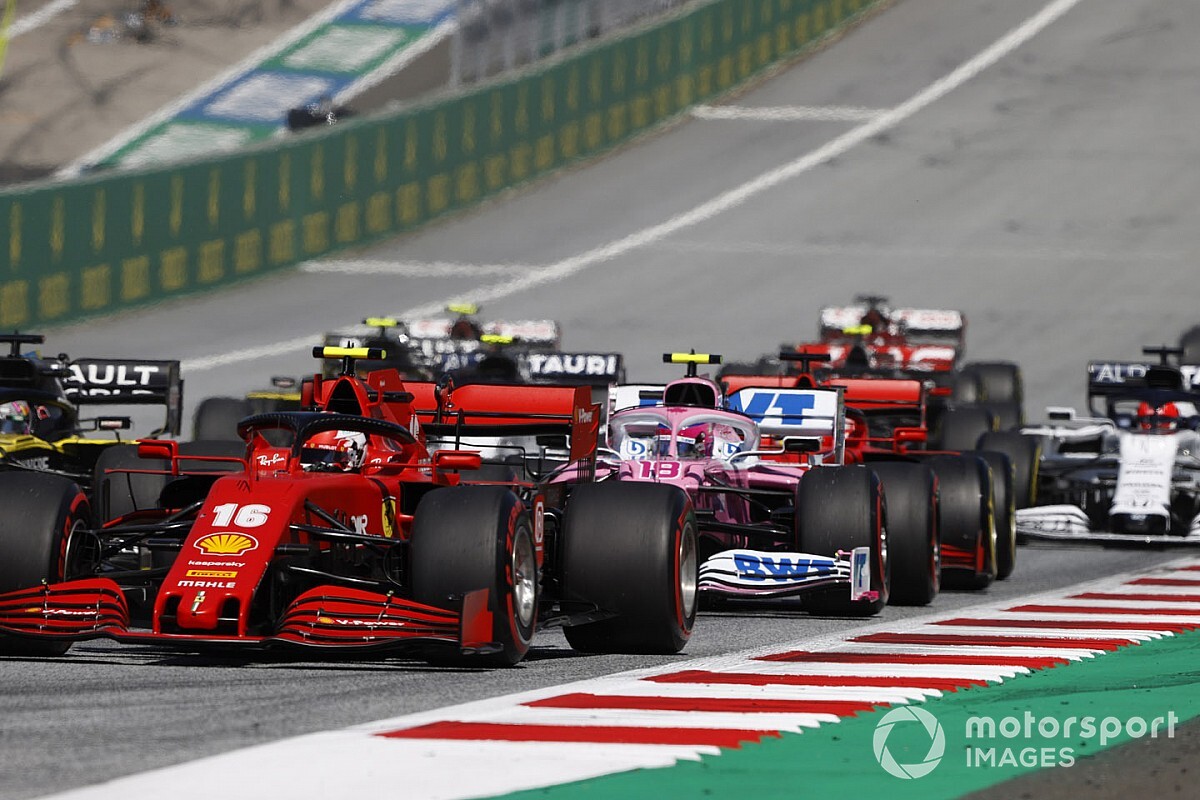 Valtteri Bottas won an incident-packed Austrian Grand Prix, the first race of the delayed 2020 Formula 1 season, for Mercedes at the Red Bull Ring.

Mercedes’ dominance was challenged by Red Bull but Max Verstappen, who was running second behind Bottas, was forced out with an electrical failure early on. Towards the end of the race, Alex Albon took fresh soft tyres during a safety car period and was passing Lewis Hamilton for second when they made contact, and Albon was spun around.

Ahead of the race Hamilton was moved back on the starting grid from second to fifth, for not lifting off under yellow flags in qualifying when Bottas went off ahead of him.

Bottas led from the start, McLaren’s Lando Norris briefly grabbing second before Verstappen retook the place by Turn 3. Hamilton tried to pass Albon at Turn 4, but was rebuffed. Albon passed Norris for third when DRS was enabled on Lap 3, and Hamilton followed suit a lap later at Turn 1. Hamilton then used DRS to power past Albon for third on the run to Turn 4 on Lap 9.

Verstappen was 3s behind Bottas when his car slowed with an electrical problem at the start of Lap 12. He toured back to the pits, where Red Bull tried to fix it with no avail.

The safety car was deployed on Lap 26 when Haas’s Kevin Magnussen suffered a big spin due to a brake failure, just as Esteban Ocon’s Renault was overtaking him at Turn 3. That sent all the leaders into the pits for their tyre stops, during which Sergio Perez (who took the medium tyre instead of the hard) almost hit Norris, who suffered a slow change on his left-rear wheel.

At the restart, Carlos Sainz attacked Charles Leclerc for sixth but was clipped by Sebastian Vettel as he tried to take advantage, causing the Ferrari driver to spin. Perez soon blasted past Norris for fourth on Lap 33.

Both Mercedes drivers were warned about sensor issues, and told to stay off the kerbs, due to gearbox concerns. Bottas was told he was in “worse shape than the other car”.

Romain Grosjean (brake issues) and George Russell both retired with 20 laps to go, the latter causing a second safety car due to being forced to pull off the track. The restart lasted a matter of seconds, as Kimi Raikkonen’s Alfa Romeo lost its right-front wheel at the penultimate corner, requiring a third safety car – but not before Albon had grabbed third from Perez.

It left a 10-lap sprint to the finish, with the Mercedes pair ahead of the fresh-tyred Albon, who attacked Hamilton but they collided at Turn 4 and Albon was punted into a spin through the gravel. Hamilton was given a 5s penalty for causing the collision.

Bottas scampered clear to win by half a second over Hamilton. But Hamilton’s penalty meant Leclerc finished second ahead of Norris, with Hamilton falling to fourth. Norris also scored the extra point for fastest lap.