Everything we know about the 2022 F1 season: drivers, cars, tracks & more

The 2022 Formula 1 season is almost upon us, but how much do you know about it? Find out all you need to know about the calendar, cars and more here.

Once the 2021 Formula 1 season draws to a close, attention will immediately turn to preparations for 2022’s all-new rules.

F1 will receive one of its biggest technical overhauls for next season, with a seismic shift in the aerodynamic regulations, which should act as a soft reset for all of the teams in the championship.

The new regulations have been paired with a number of changes to the driver line-ups following a busy transfer market, with one rookie and one returnee making their way onto 2022’s grid.

There’s further changes afoot too, with a brand-new race on next year’s calendar and the expected return of some old favourites that were cut from the schedule amid the COVID-affected timetables in 2020 and 2021.

There have been a number of high-profile changes to next season’s driver line-up, as Mercedes has changed its drivers for the first time since Nico Rosberg’s shock retirement from F1 at the end of 2016.

Lewis Hamilton remains at the team, but will be partnered with George Russell for 2022 as Mercedes saw fit to promote the British driver from Williams after an impressive three years with the Grove squad. 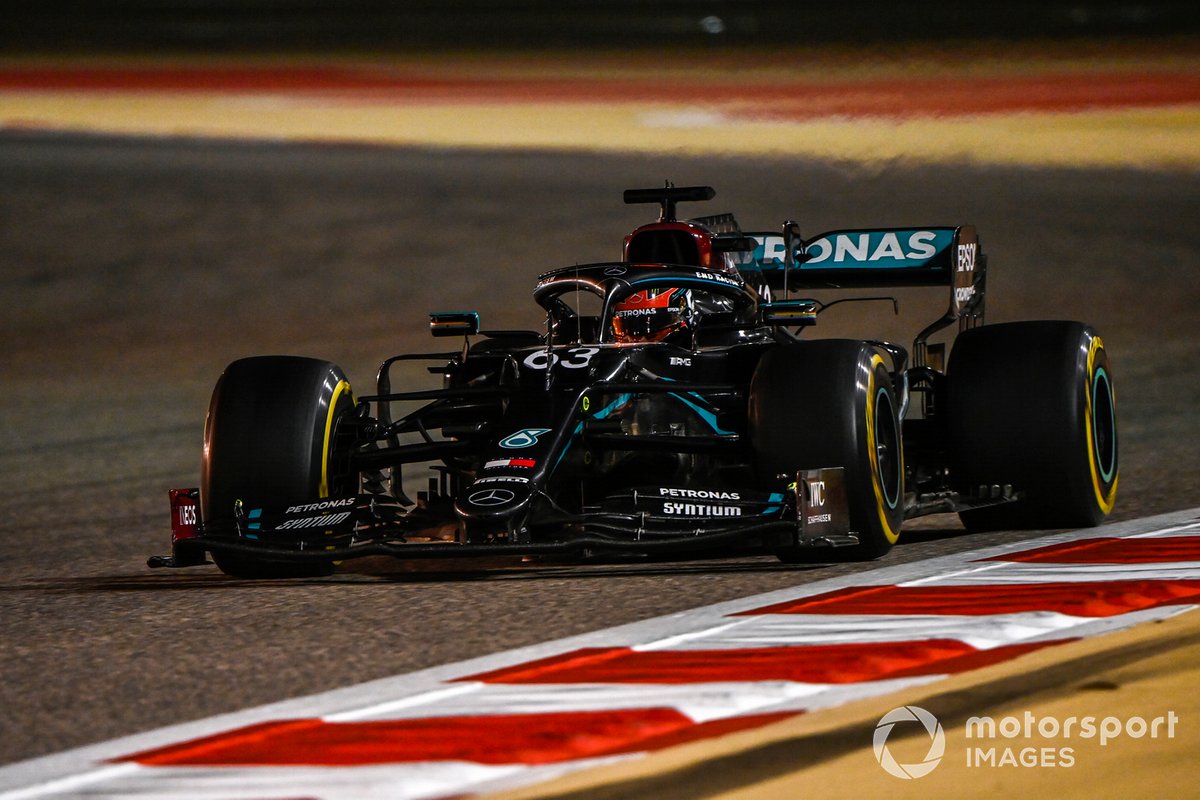 Valtteri Bottas will hence leave the team, moving to Alfa Romeo in place of countryman Kimi Raikkonen – who retires from F1 20 years after making his debut with the team under its previous Sauber guise.

Guanyu Zhou steps up from Formula 2 to replace Giovinazzi to become the first Chinese driver to make his full grand prix debut. He will race with the number 24.

In Russell’s place at Williams, former Red Bull driver Alexander Albon moves to the squad after a year on the sidelines, linking up with former DAMS F2 team-mate Nicholas Latifi.

Elsewhere on the grid, the line-ups remain the same, with Sergio Perez earning a contract extension with Red Bull to continue to partner Max Verstappen.

Fernando Alonso triggered an option in his contract to remain with Alpine, as the team also extended Esteban Ocon’s stay at the team. Oscar Piastri will join as the team’s official reserve following his successful maiden F2 campaign.

Pierre Gasly remains at AlphaTauri alongside Yuki Tsunoda, who admitted he was surprised to be retained by the team, as Sebastian Vettel and Lance Stroll continue at Aston Martin for a second season together. 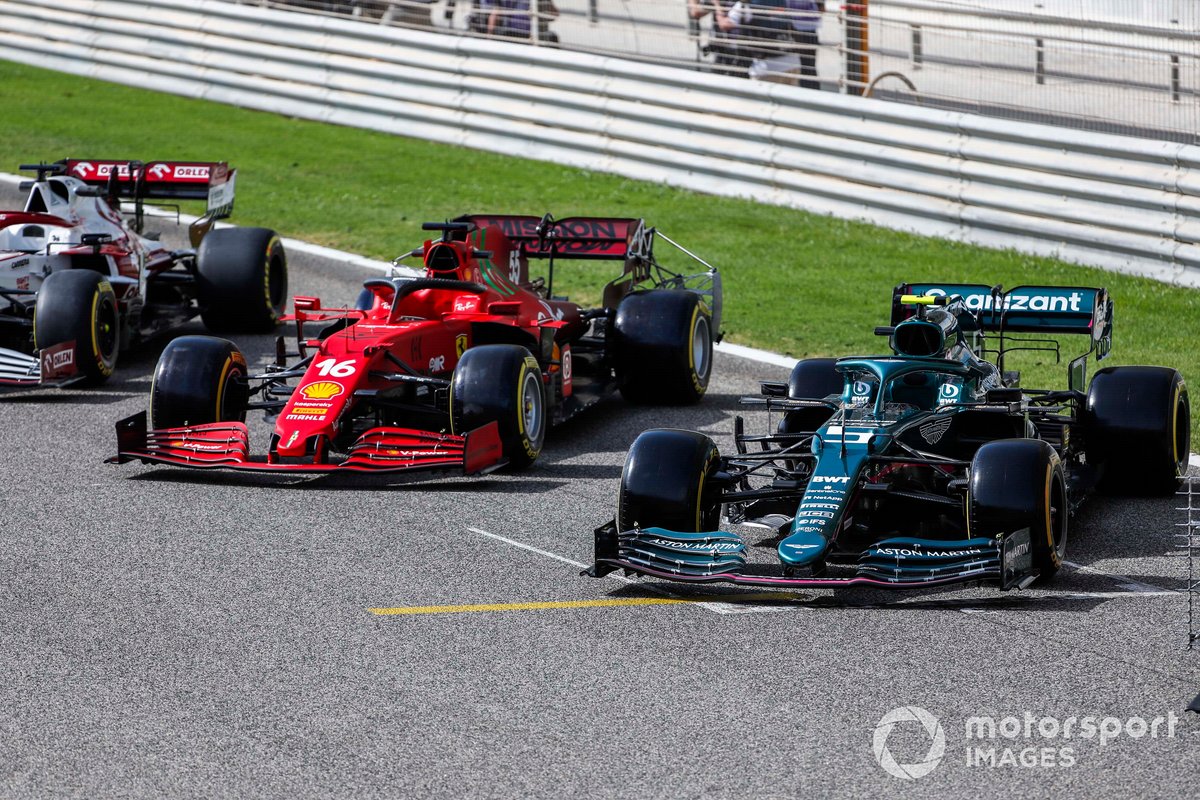 No teams have confirmed when they’ll be launching their cars yet, however with pre-season testing starting on 23-25 February they’ll need to be launched before that. As a rough guide, in 2021 McLaren was the first team to unveil its new car on 15 February with AlphaTauri and Alfa Romeo following suit on the 19 and 22 February respectively.

Ferrari was the last team to launch its 2021 car, and did so just two days before pre-season testing started (launching on 10 March before testing on the 12th).

The largest difference to the 2022 F1 aerodynamics package is the return to a ground-effect formula. Ground-effect underbody tunnels have not been permitted in Formula 1 since 1982, but the calls for their reintroduction have become rather loud in recent years.

F1 has sought to reduce the current reliance on wings for downforce, which have been blamed for the "dirty air" that has made close-quarters racing difficult in modern times, which meant the idea of a return to ground effects was more attractive to the rulemakers.

By creating a very pronounced entry at the front of the floor, the air moves through two Venturi tunnels. As the air flows under the car, it's squeezed through the point closest to the ground, developing an extreme low-pressure area, creating a large amount of suction underneath. This means the floor is relied on more for downforce, and reduces the wake produced by various bodywork components. 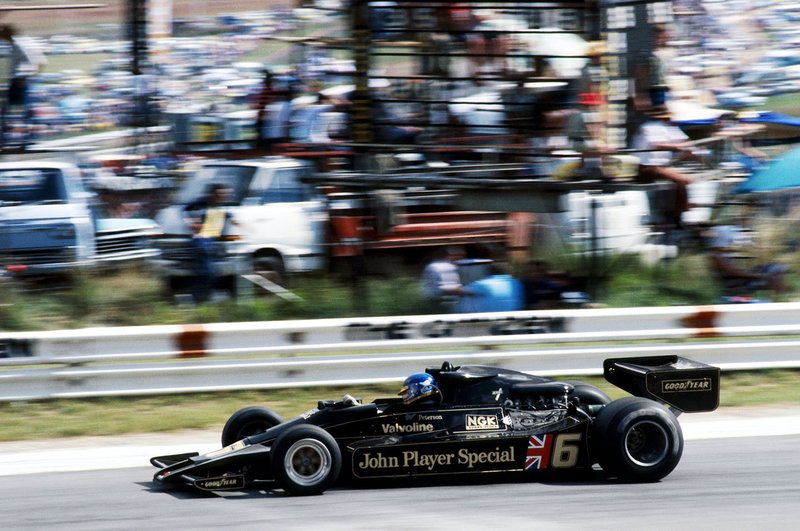 Unlike the old-school ground effects, the car won't have sliding skirts, and instead has a range of fins underneath to minimise any disturbance. To make sure each team uses the floor as it should, a standard tea-tray will be developed to attach to the front of the floor.

There's a lot of change to the amount of bodywork for the next era of F1 cars. In 2022, the massively complex bargeboards will be completely removed. In their place comes a new breed of "wheel bodywork", which intends to minimise the effects of the wake produced by the wheels as they rotate. Wheel covers return, and the front wheels now have a deflector over the top to assist with this.

For the time being, DRS remains, but this can be revisited if the new cars produce the desired on-track product.

Numbers look good so far, and F1 and the FIA have noticed that, when one car length behind another competitor, the following car now has around 86% of its usual downforce, compared to the 55% it currently experiences.

To help limit the R&D costs, gearboxes will be frozen from 2022 to the end of 2025. In that time, there can only be one upgrade to the gearbox specification.

Suspension regulations now only permit springs and dampers, meaning that using solely torsion bars will no longer be allowed. The heave springs, or inerters, will also be banned to simplify the suspension systems. Suspension uprights must now be solely included within the wheel assembly, meaning no external mounting points may be permitted. 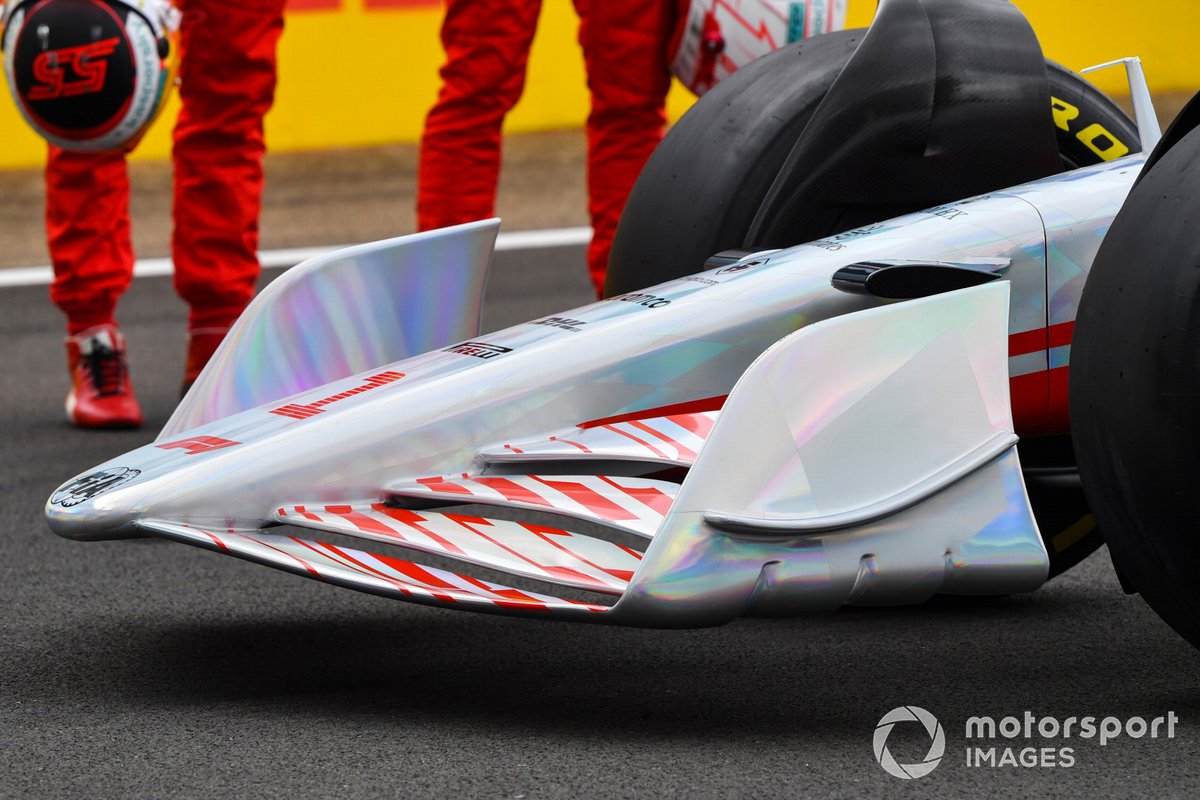 The front wing has been redefined, and can now be made up of a maximum of four elements overall. Most crucially, the endplates now look very different, and are produced with a smooth blend from the front wing elements to a single-piece endplate, upturned like an aeroplane's wing. The nose also attaches directly to the wing, much like it used to before the middle of the 1990s.

The rear wing has been redesigned too, and can almost be described as endplate-less. Instead, it loops around into a beam-wing mounting, aiming to slash the strength of the vortices produced at the rear of the car - which is blamed for cars being unable to follow each other.

Drivers expect the 2022 cars to be more “on edge” as a result, while the offset between 2021 and 2022 laptimes is anticipated to be smaller than initially expected.

Formula 1 will host its largest-ever calendar in 2022, with 23 races scheduled for next year.

The first-ever Miami Grand Prix will take place at the start of May, on a 3.36-mile street circuit around the Hard Rock Stadium in Miami Gardens.

There are also provisional returns for the Australian, Canadian, Singapore and Japanese grands prix, following their cancellation from the previous two seasons owing to the effects of COVID-related travel restrictions.

Although Albert Park returns to the calendar, the Bahrain Grand Prix will take the Melbourne circuit’s usual slot as the first race of the season, with a week’s gap to the second round on the Jeddah Corniche Circuit before Australia’s return. 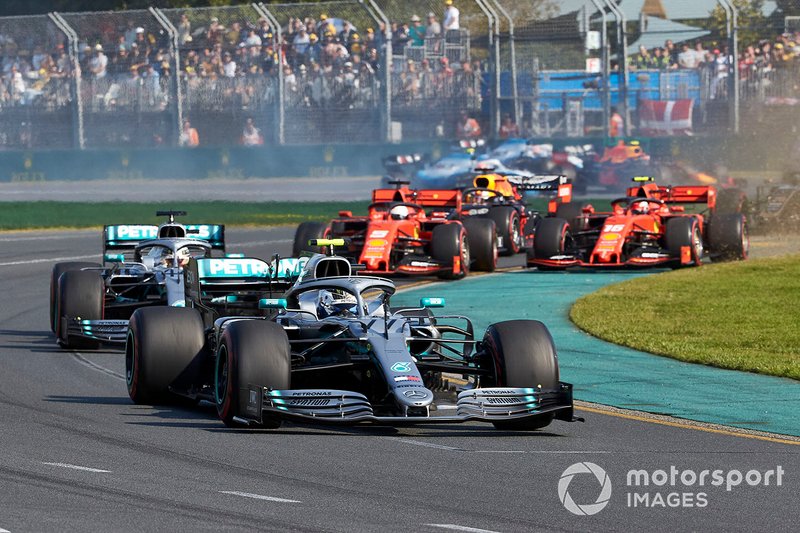 Imola hosts the first European race of the season, retaining the Emilia Romagna Grand Prix title, before the first race in Miami – one of two contests in the USA.

The European season will then begin, pausing for races in Azerbaijan and Canada, before the final set of flyaways begin in September, starting in Russia prior to the first events in Singapore and Japan since 2019.

The season will close out in Abu Dhabi at the end of November, following F1’s desire to compress the calendar into a shorter timeframe.

China was not listed on the 2022 calendar despite holding a contract to do so, while Qatar will skip 2022 ahead of its hosting of the FIFA World Cup in the winter.

When is pre-season testing? 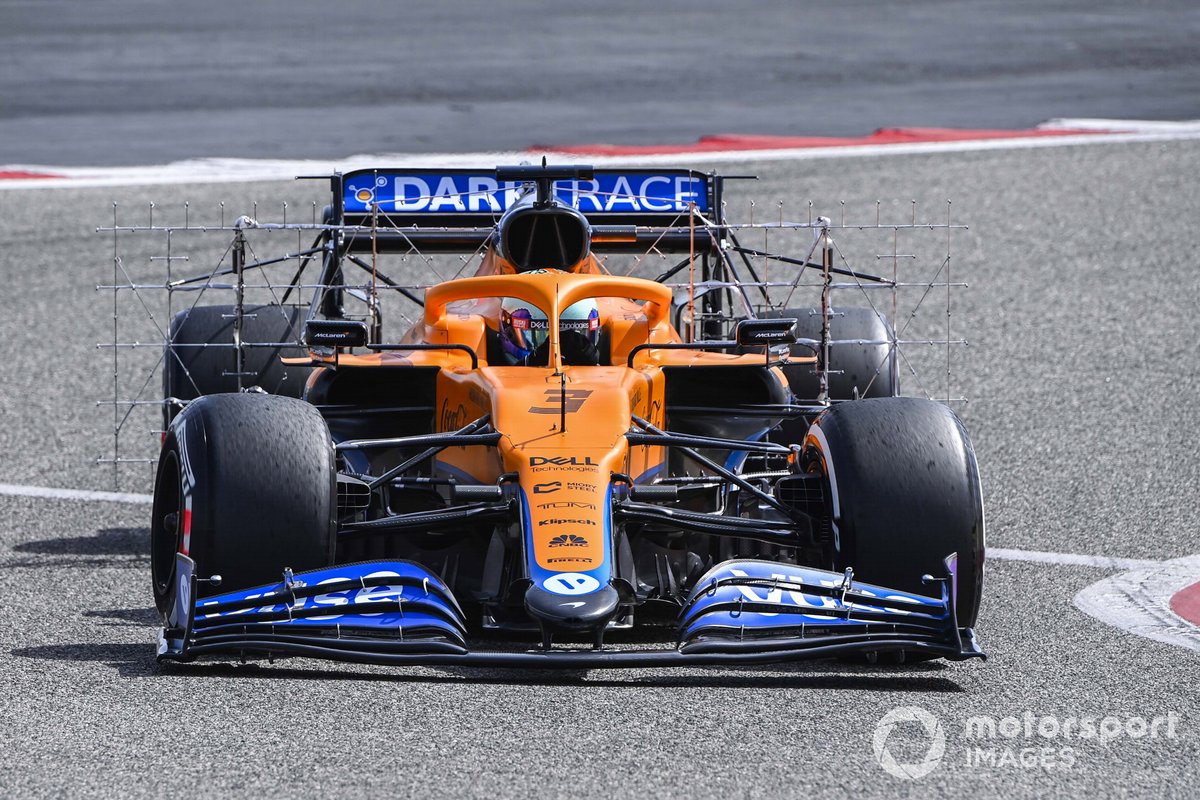 Pre-season testing is expected to take place at two venues, with the first three days being run at the Barcelona circuit from the 23-25 February, with Bahrain hosting the second block of running from the 11-13 March ahead of the grand prix. This will be the first opportunity to see the 2022 cars in action, although teams will naturally keep their cards close to their chest.

In addition to the technical regulations, F1 is introducing a number of changes to the windtunnel and CFD testing structure that cuts the amount of testing allowed depending on a team’s championship placing in 2021.

The base figures supplied allow a team within one aerodynamic testing period (ATP, of which there are six in a season) 320 windtunnel runs, 80 hours of wind-on time (defined as when the air moves more than 15m/s), with teams allowed to spend a total of 400 hours within the windtunnel.

The percentage values apply depending on where each team finishes. Finishing first in the constructors’ standings rewards a team a multiplier of 70%, meaning a team’s time in the windtunnel is handicapped, and finishing 10th comes with a 115% multiplier, meaning they get more time available. CFD terms work on the same basis. 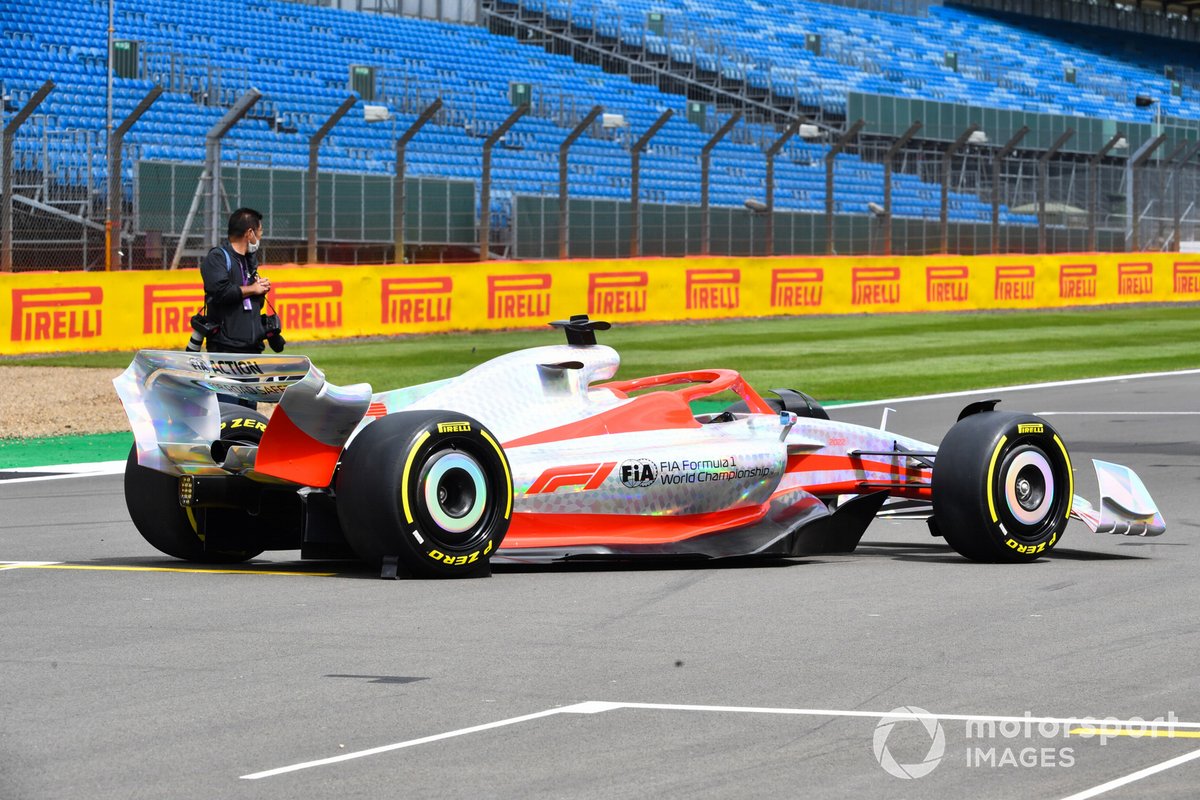 There are also more sprint races expected for the 2022 season, with F1 planning to expand to six races from the three in 2021. Bahrain, Imola, Montreal, Red Bull Ring, Zandvoort and Interlagos are expected to be the nominated venues.