'A season with some unforgettable moments' - Alonso

Fernando Alonso reflected on the 2012 season while having a great time at Scuderia Ferrari's Finali Mondiali -- the annual showcase of the racing machines from the Italian manufacturer. It was a fun event for the Spaniard.

Cheste – Just eight days after the end of the longest ever Formula 1 season, Fernando Alonso and Felipe Massa have been back on track. However, this time the task was very different in terms of its intensity and tension to that of Interlagos.

In Brazil, Fernando was in the hunt right to the final few metres for what would have been a well deserved third Drivers’ title, while the Scuderia managed to take a great second place in the Constructors’ classification.

Today, it was all a much more festive mood as the two drivers were at the “Ricardo Tormo” circuit at Cheste, on the outskirts of Valencia, along with hundreds of Ferrari owners who had made the trip to Spain for the traditional end of season Finali Mondiali.

I did the best season of my life and now I can only think of the year to come.

Today’s event was also Alonso’s first opportunity to calmly sum up the season just ended. “I am happy with the way things went,” said the Spanish champion.

“In the end, we lost the title by three points, however I did the best season of my life and now I can only think of the year to come.

It was a miracle to see, race after race, what we managed to achieve: we definitely did not lose the title in Brazil; that happened in Spa and Suzuka.

Next year, we will try and improve the car, trying to start further up the grid, thus avoiding accidents. Let’s hope we also have a bit more luck…

“I think in terms of strategy, pit stops, starts, reliability, this has been a perfect year,” continued Fernando.

“We all agree the one thing lacking was the car, which meant we could not match the best teams for most of the year.

It’s the only thing we need to improve, but it’s also true that it’s the hardest thing to do. With all the difficulties we had, I’m thinking for example of how far behind we were in winter testing, to be able to fight right to the very end for the title means we are a great team.” 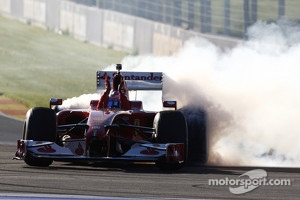 Obviously, Alonso also spoke about the incident when Vettel passed Vergne, which was headline news for several days immediately after the Brazilian Grand Prix.

“There were a lot of video clips on the Internet and we knew our fans were asking for an explanation and so it was right for Ferrari to turn to the Federation for a clarification.

We got a reply and I think everything has now calmed down. I did not pay much attention to all the uproar this incident caused, but I felt we owed our fans an answer. Frankly, I’m not that interested in what the opinion is of me in Germany or elsewhere.

What I know is that people who see me in the streets hug me and call me gladiator or samurai. What matters to me are the 1200 people in the Ferrari family, who gave me a standing ovation at a dinner.

This has been a spectacular year, hard to forget, with moments that will never be repeated like the win in Valencia or in Malaysia.

Ever since I’ve been at Ferrari, I think I have grown a lot, especially this last year.

Before, the people had a more or less good opinion of me, but now I notice a whole different level of respect.

And then, to be one of the greats of Formula 1, it’s not enough to win titles, you must also tackle seasons like the one just ended. Next year? I hope to score three or four point more.” 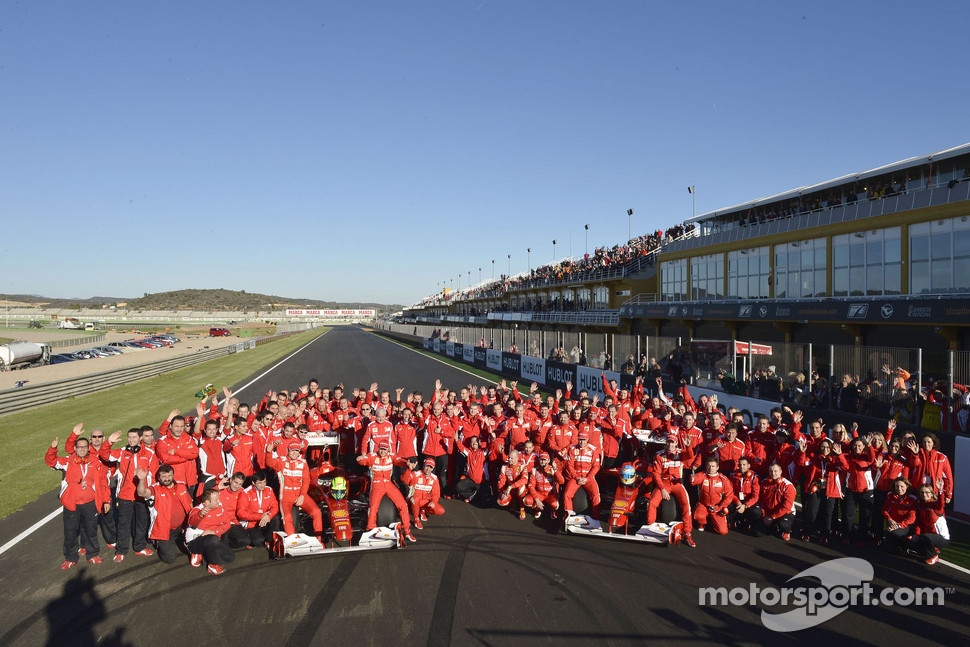 'Since August I was having fun again' - Massa