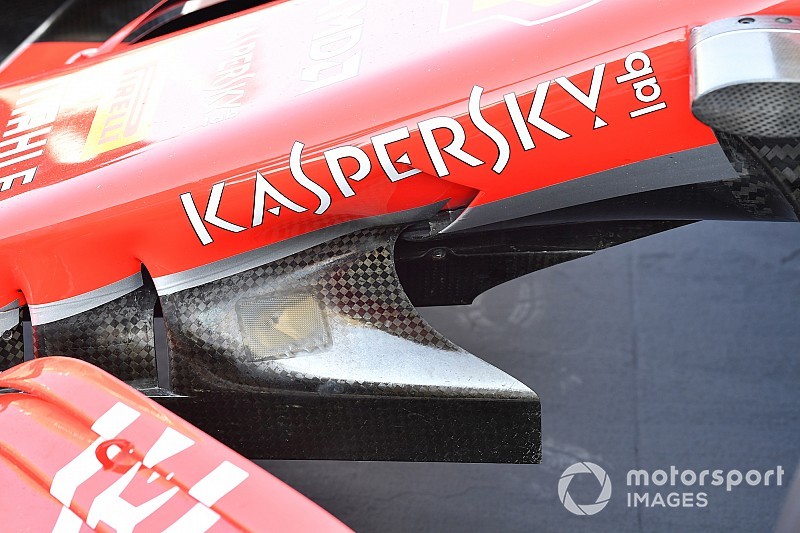 Giorgio Piola and Sutton Images bring you the Formula 1 technical updates on show in the Yas Marina pitlane at the Abu Dhabi Grand Prix, giving insight into the relentless development undertaken by the teams in pursuit of more performance – even at the final round! 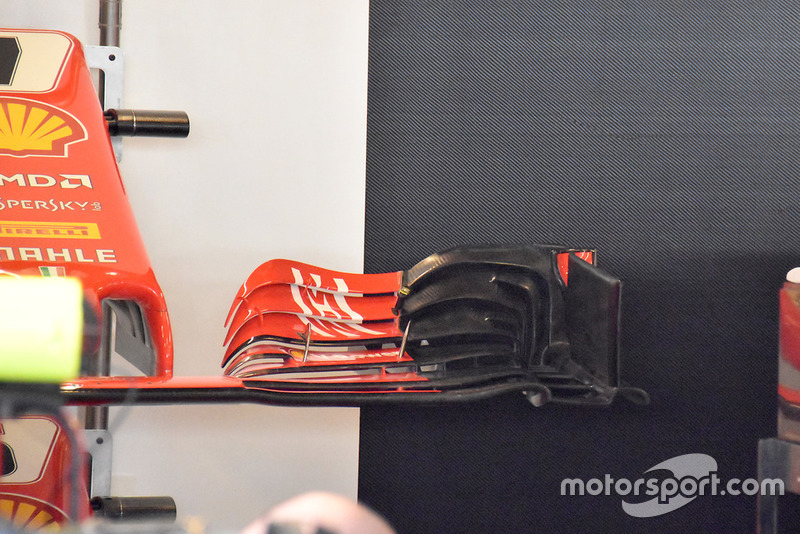 Ferrari will trial a 2019-style front wing, similar in overall design to its current specification but devoid of the cascade and endplate furniture, while the endplate itself is also simplified. This will give the team some real-world data to work with and feed back into their design considerations for next season. 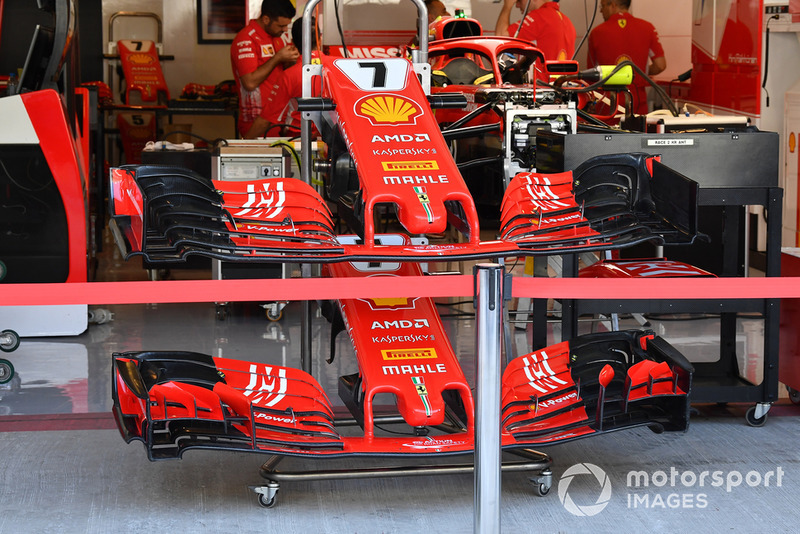 A comparison of the 2019-styled wing (top) and the current design (bottom). 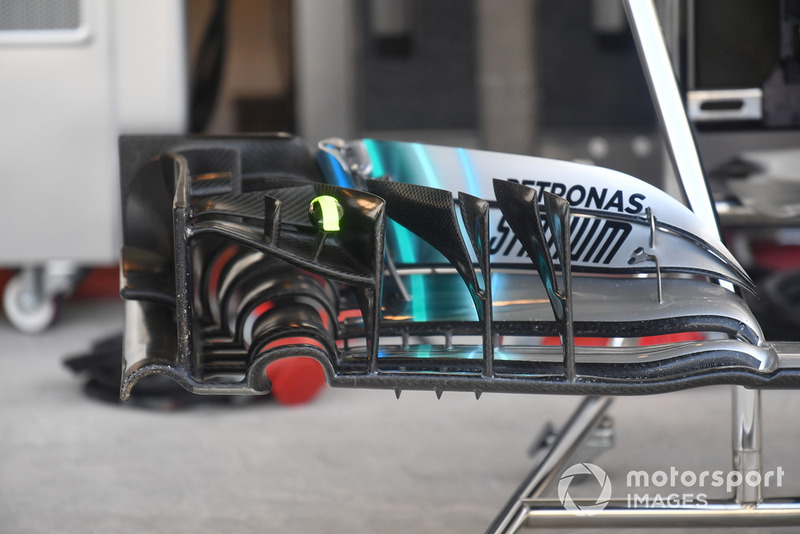 A close-up of the Mercedes W09’s front wing, the design complexity of which we will not see next season. 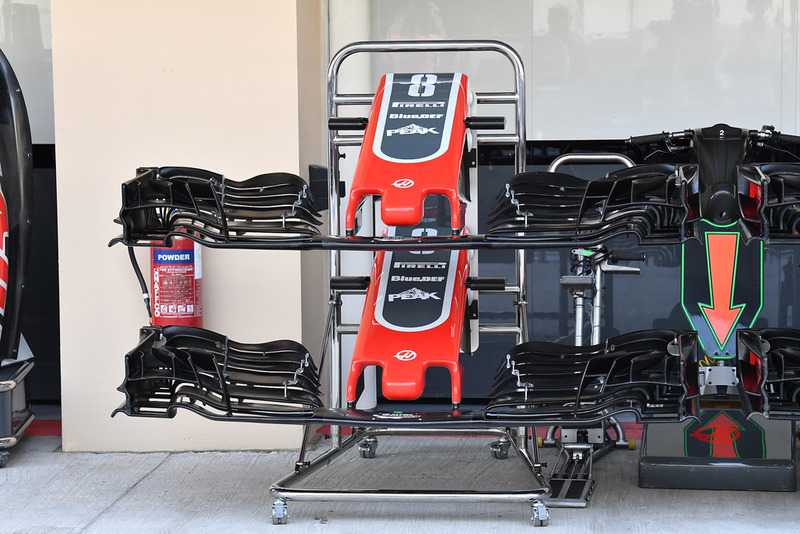 The two front wing specifications available to Romain Grosjean, note the alterations made to the upper flap, especially in the region next to the adjuster. 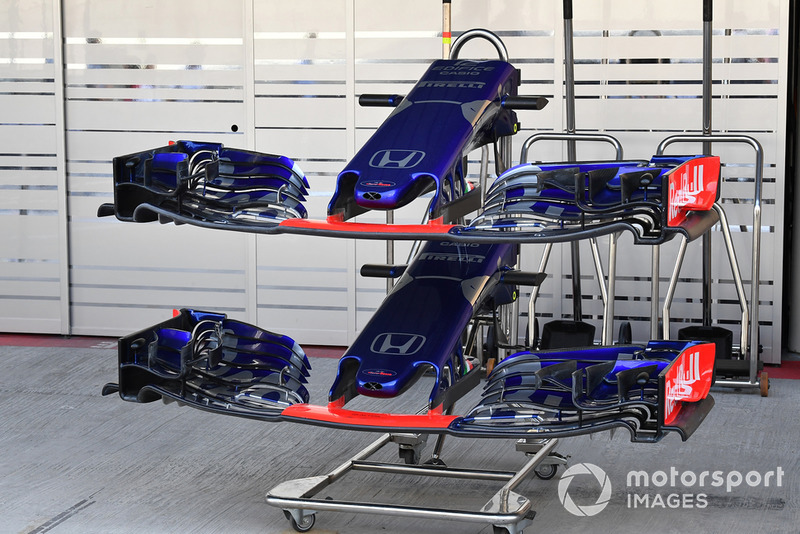 Toro Rosso’s front wing design, the complexity level of which is now at the end of its cycle given the much simpler wings that’ll be used next season. 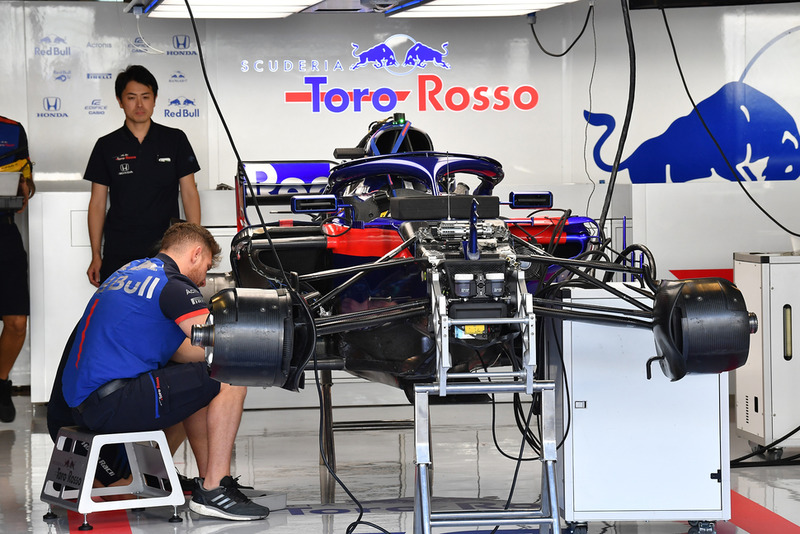 The Toro Rosso mechanics and Honda technicians prepare the STR13 for its last outing of the season. 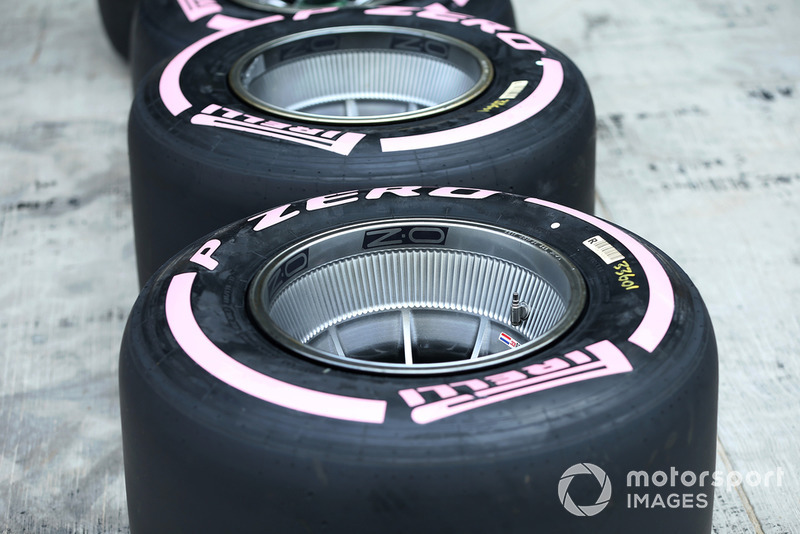 Red Bull’s ‘ribbed’ rear wheels, used to help regulate the temperature of the rim and by virtue of this the tyre. 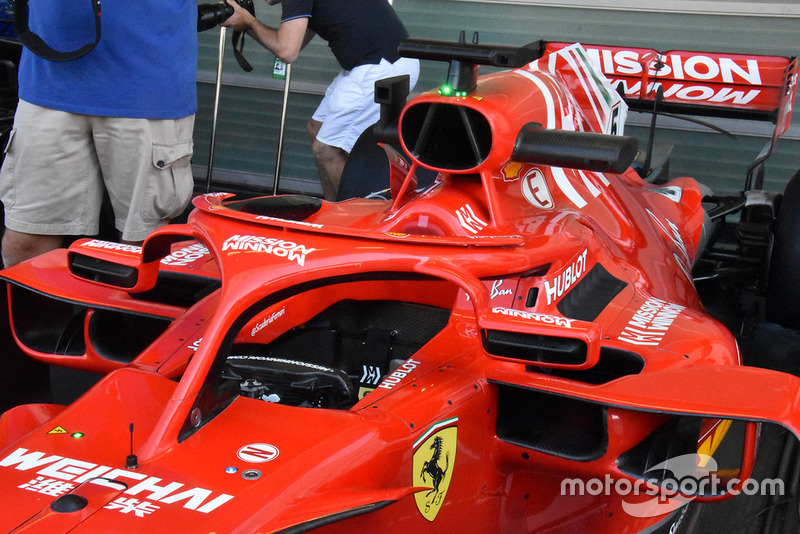 An overview of the Ferrari SF71H’s cockpit, halo and the halo-mounted mirrors. 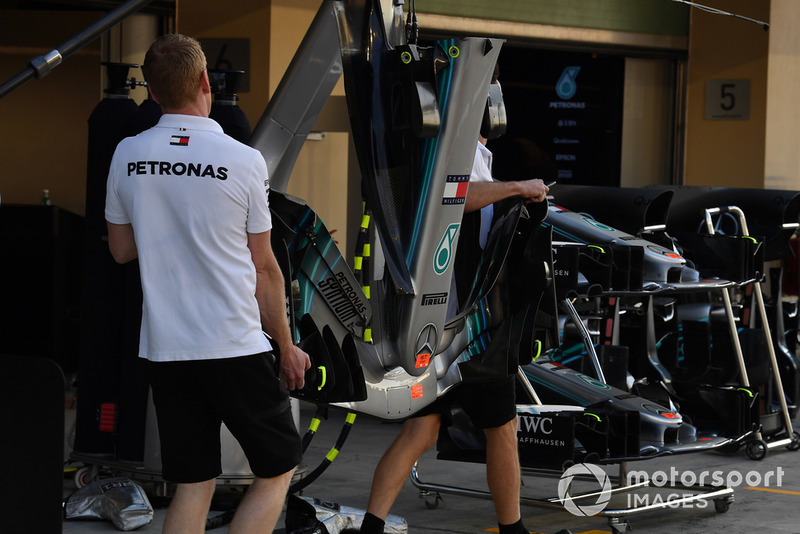 An unusual view of the Mercedes W09’s nose shows the overall scope of the ‘cape’. 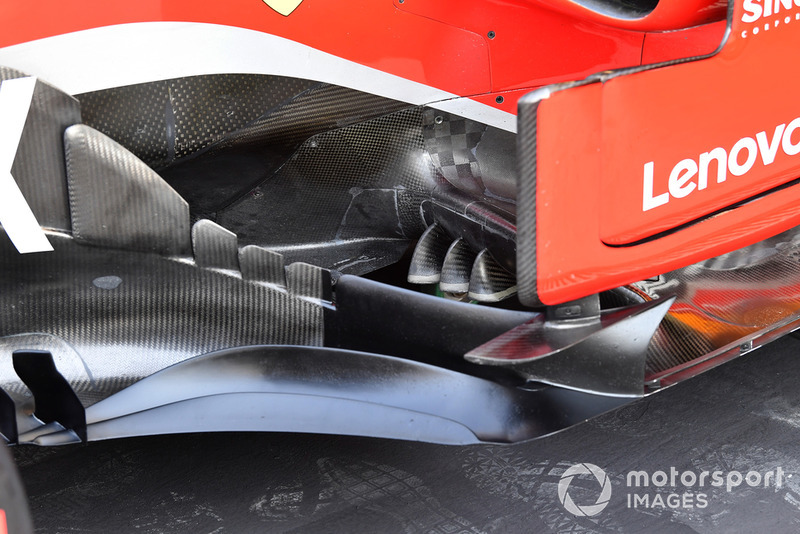 A close-up of the SF71H, its upturned floor and the three strakes placed in its leading edge which help to guide the airflow that passes by. 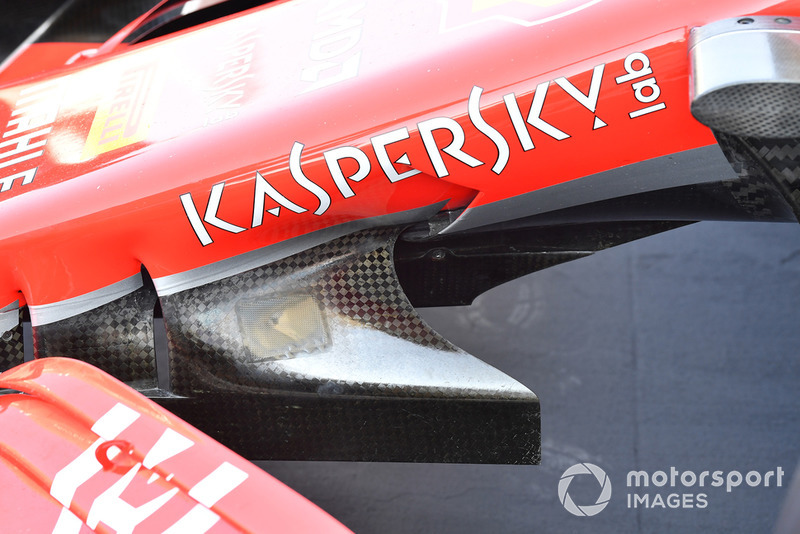 A close-up of the SF71H’s ‘S’-duct inlet which itself is subdivided into several sections. 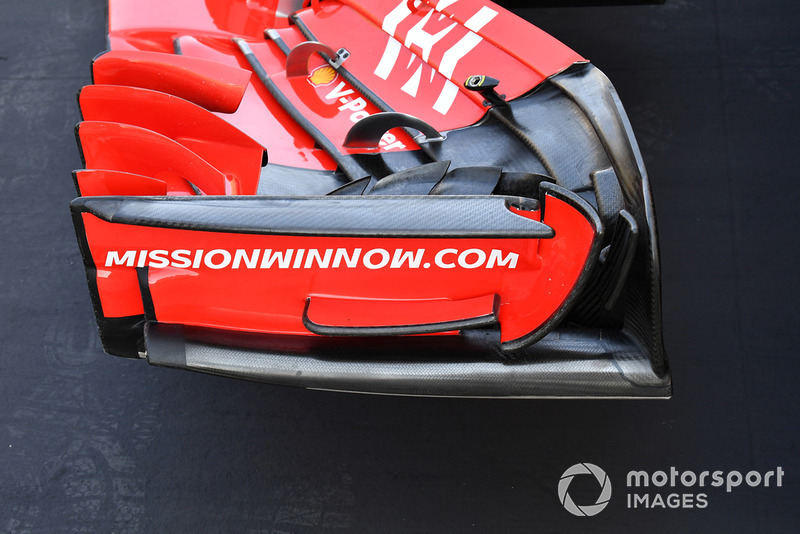 The SF71H’s front wing, with its divided endplate and raised outer footplate, which is reminiscent of the design used by Red Bull for some time now. 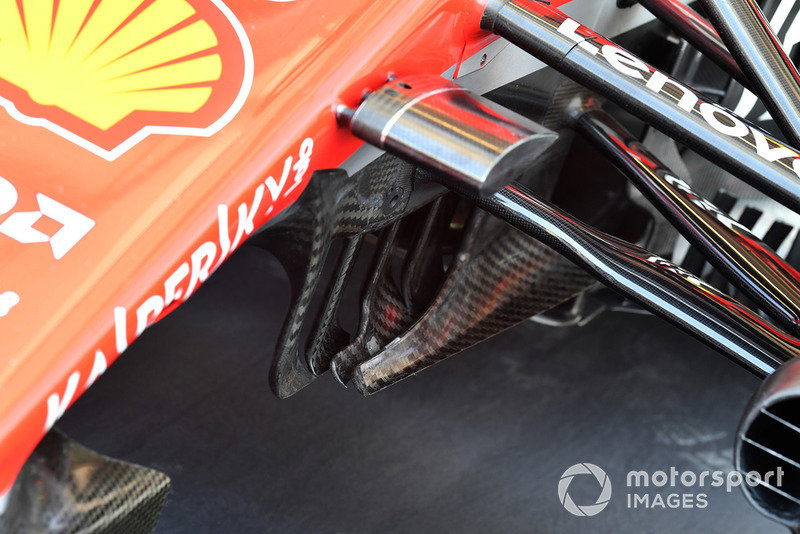 A fantastic view of the SF71H’s turning vanes, note that the forward elements are mounted to the nose, whilst the rearward ones occupy space under the chassis. 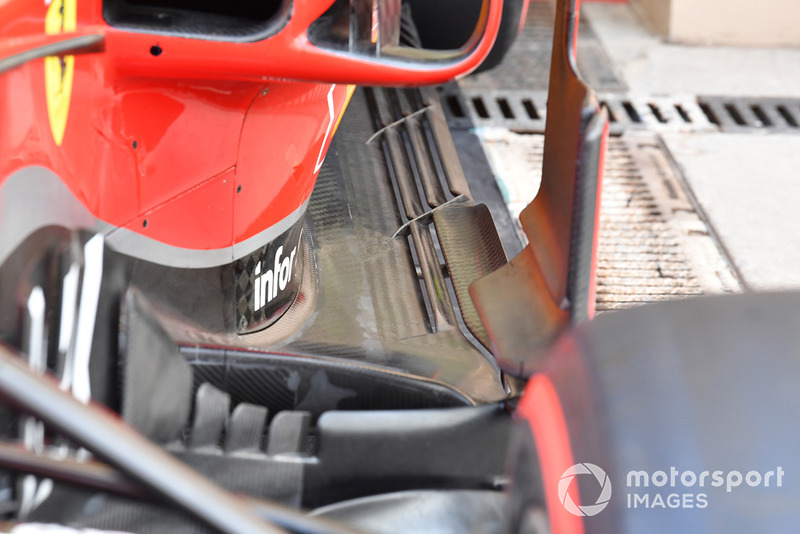 Looking back down the length of the Ferrari SF71H we can see the level of detail now present in the outer 100mm of the floor, opened up when the wording of the regulations were not amended but the width of the floor was. 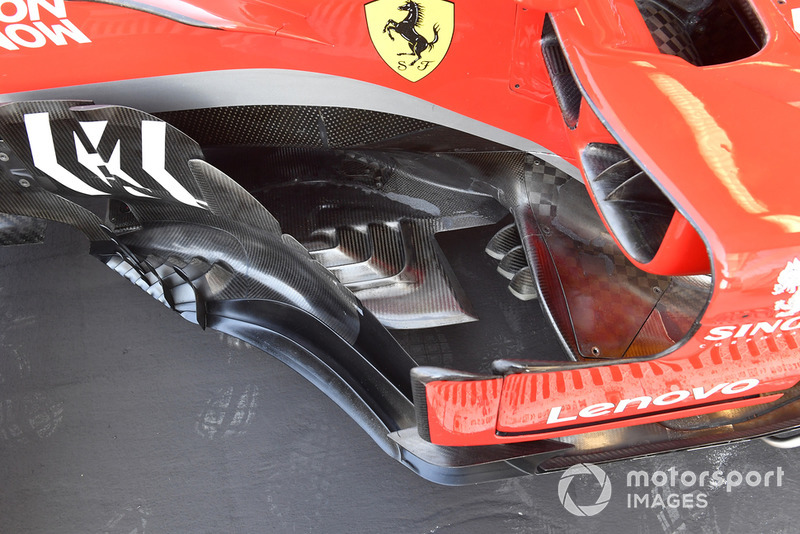 A great shot looking down over the bargeboards, splitter extension and leading edge of the floor, showing off the complexity of this area of the floor. 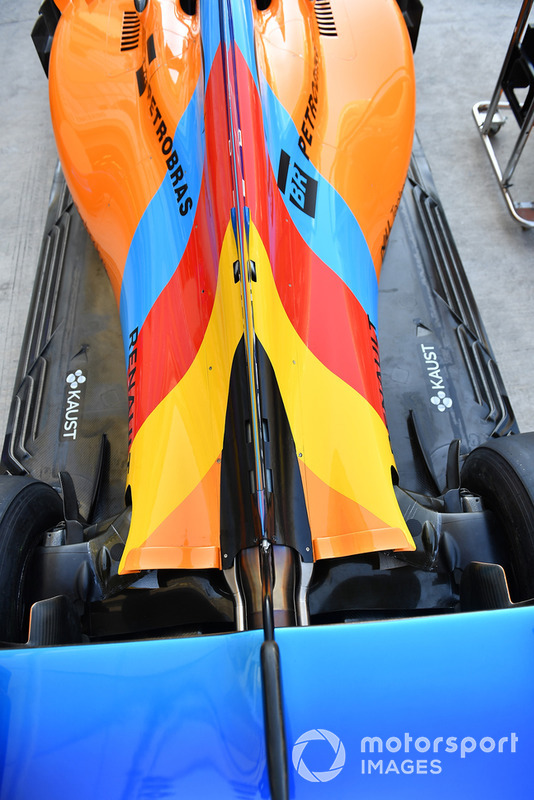 This shot not only shows us the one-off livery to be used by Fernando Alonso in Abu Dhabi but also the complexity of the floor’s outer section.