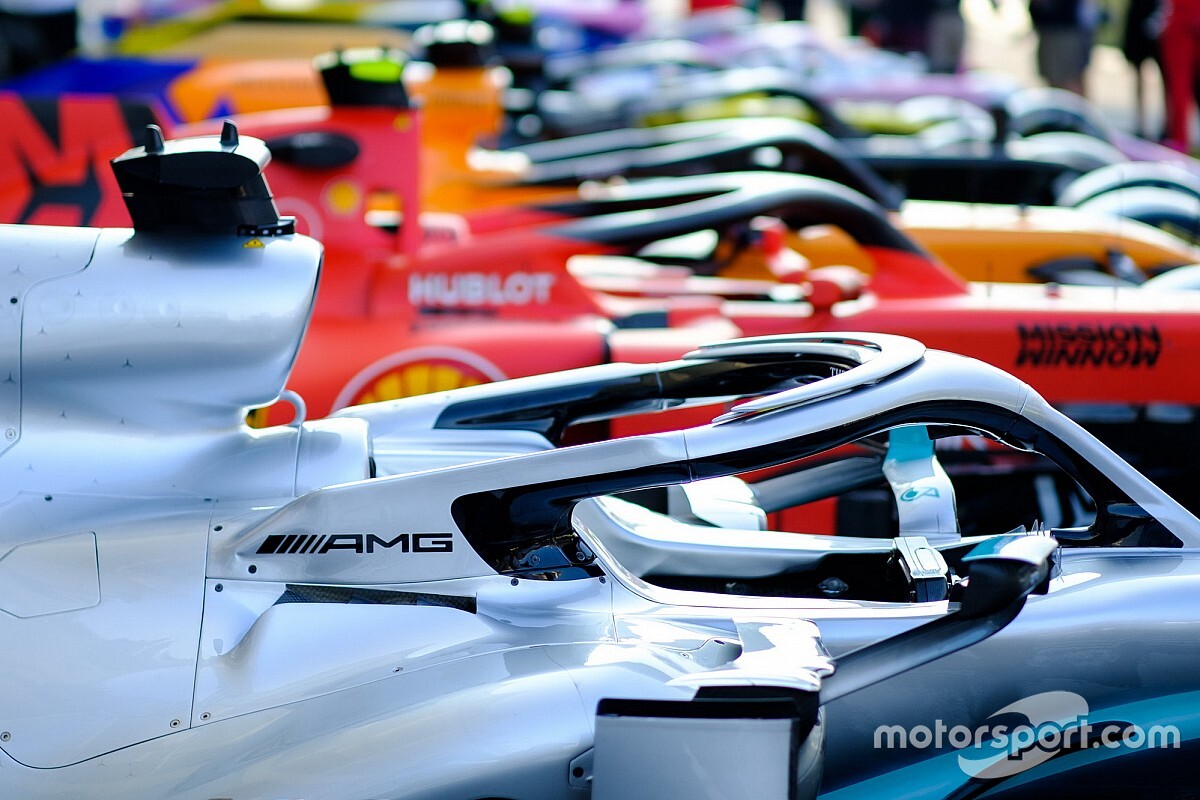 Giorgio Piola and Sutton Images bring you the Formula 1 technical updates on show in the Yas Marina pitlane at the Abu Dhabi Grand Prix, giving insight into the relentless development undertaken by the teams in pursuit of more performance.

Click on the arrows to cycle through the images... 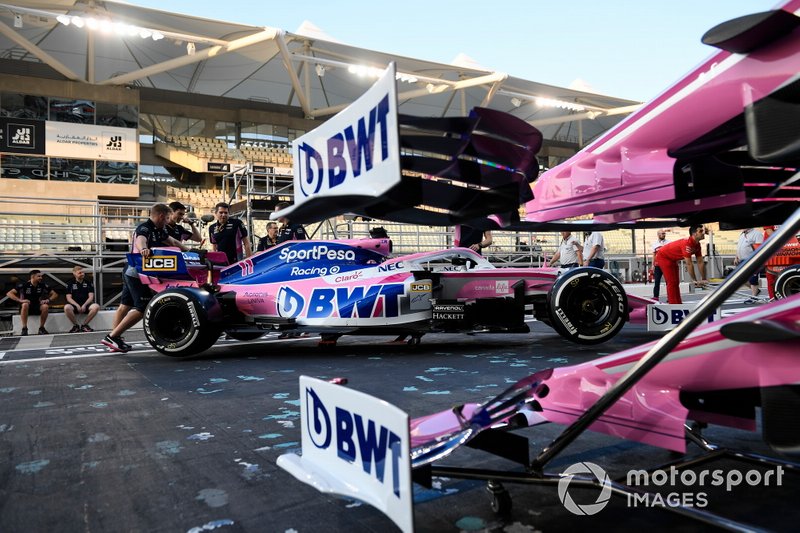 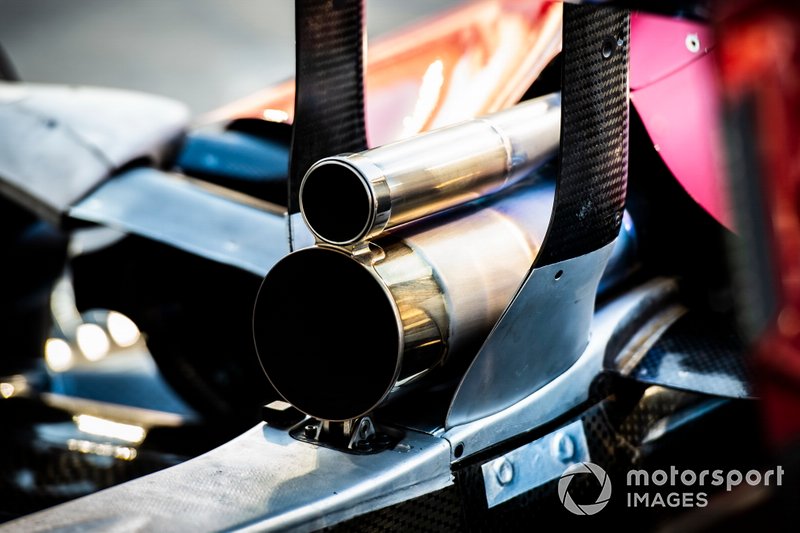 This close up gives us a chance to look at Alfa Romeo’s exhaust in extreme detail. Note the supporting bracket that holds the single wastegate tailpipe in place and the foil covering used on the surrounding carbon fibre structures. This reduces the impact that heat generated by the exhaust could have on them. 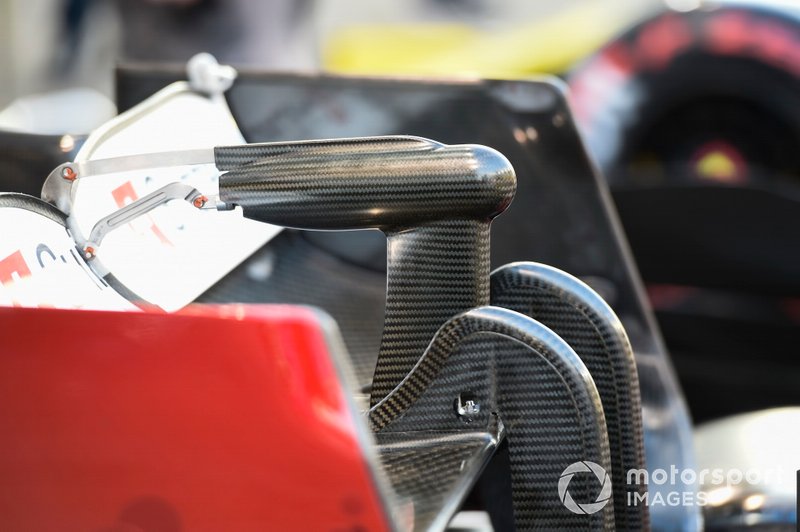 The Alfa Romeo C38’s rear wing and more specifically the DRS actuator pod which features an additional spar that connects it to the rear wing in order that the flap doesn’t articulate too far when DRS is activated. 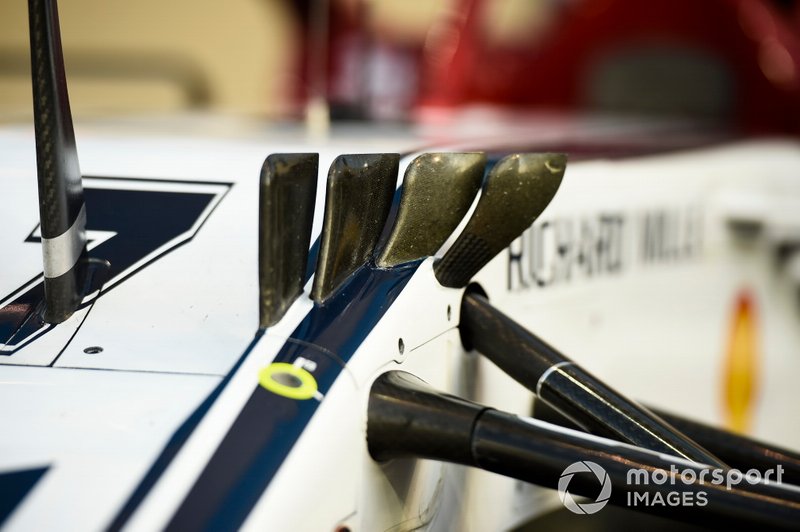 A close up of the Alfa Romeo C38’s nose winglets – this cluster of small winglets mounted on the transition surface of the nose create a new trajectory for the airflow, as it might otherwise become turbulent or inefficient downstream. 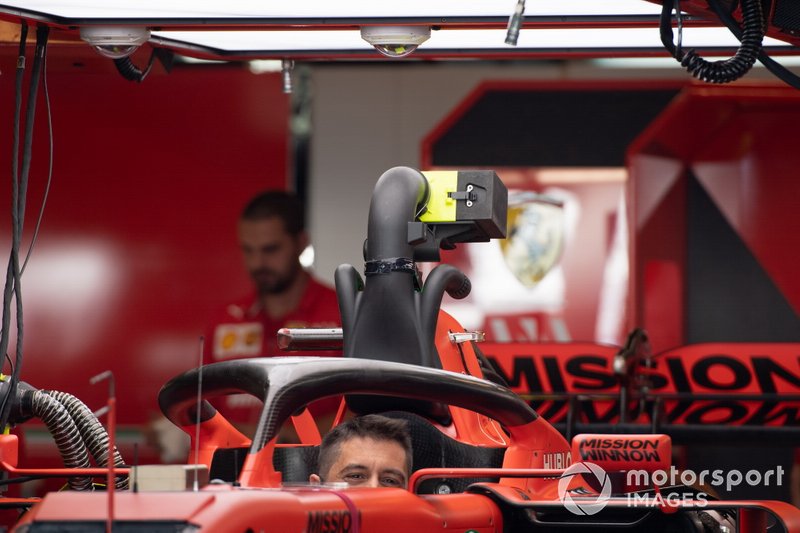 Ever-interesting are the cooling devices used by teams to keep their machinery at the right temperatures when they prepare them for action. This particular device is placed in the airbox of the Ferrari SF90. 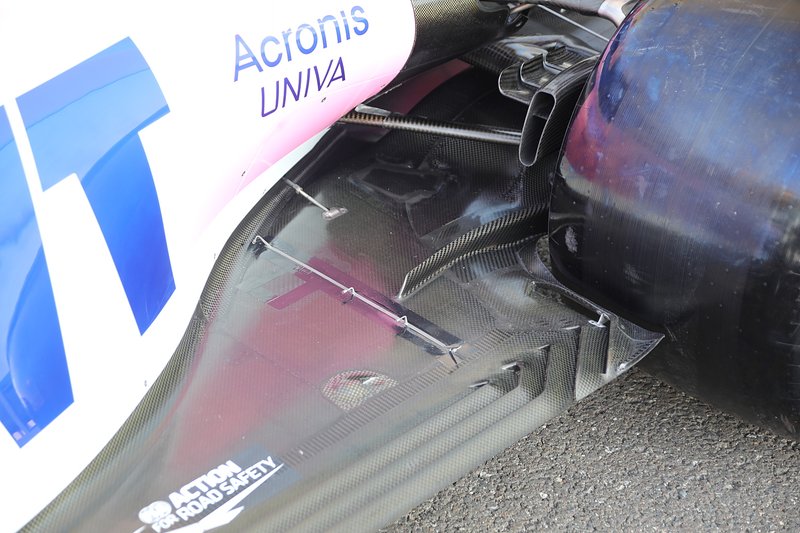 The Racing Point RP19 with a small kiel probe array mounted beside the sidepod and ahead of the rear wheel will help the team to capture airflow data throughout the course of the weekend. 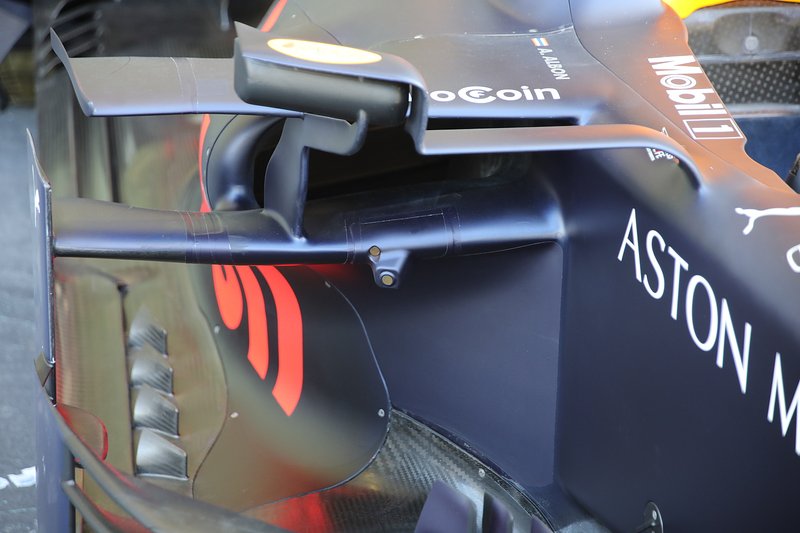 Red Bull has mounted additional infra-red cameras in the face of the sidepod in order to capture tyre data throughout the weekend and the post-race test. 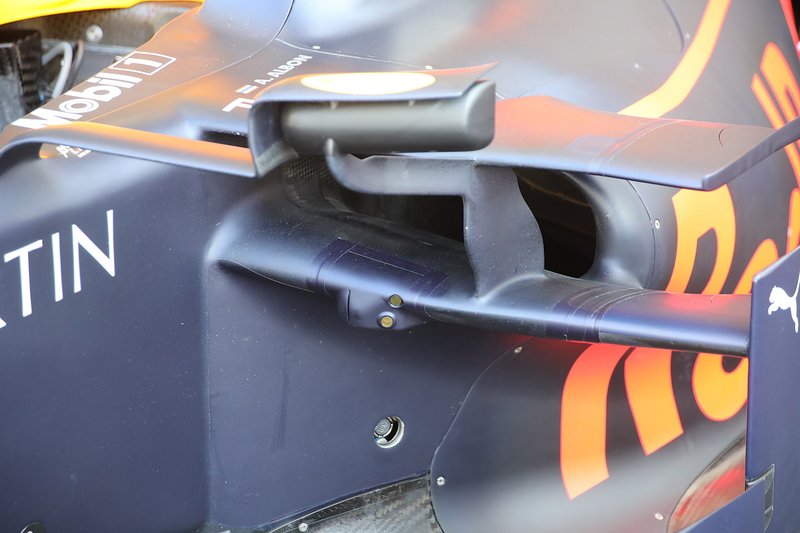 The view from the other side… Red Bull has these cameras mounted on either side of the RB15 for Abu Dhabi. They will have a marginal impact on performance but the gains that could be made on next year’s car from the additional data will make them more than worthwhile. 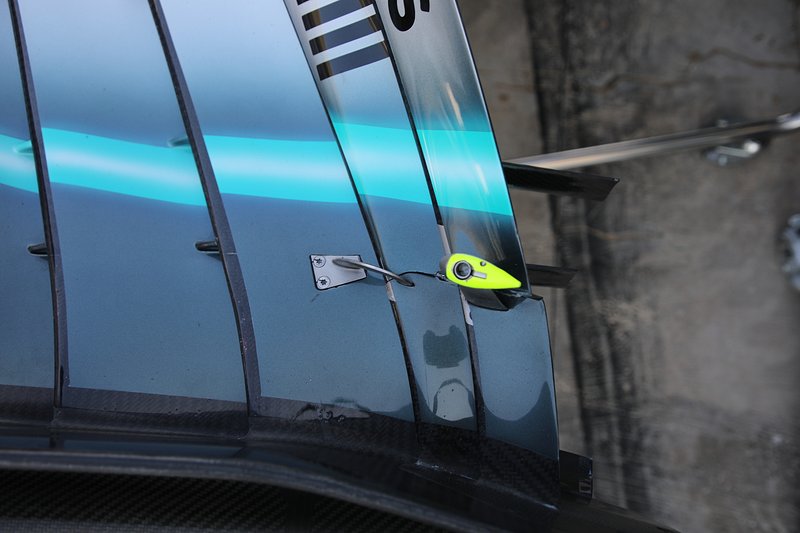 Mercedes will test a revised front wing in Abu Dhabi as it continues to evaluate its design direction for 2020. The new design, seen here from above, has both the upper two flaps pared back at the outer edge, as it assesses the merits of a less loaded front wing like we’ve seen the likes of Ferrari run all season. 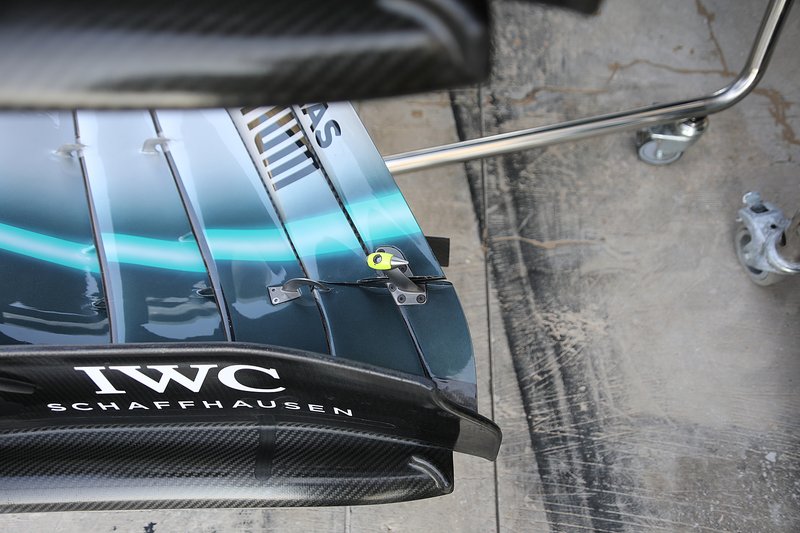 As a comparison here’s the usual specification from Mercedes, which sees the flaps terminate much further back. 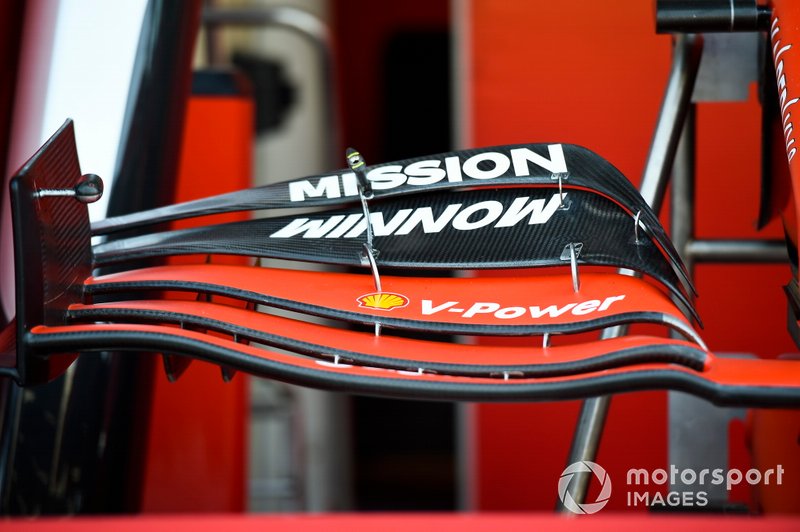 To illustrate, Ferrari’s ‘unloaded’ front wing design, which the team has run throughout 2019. 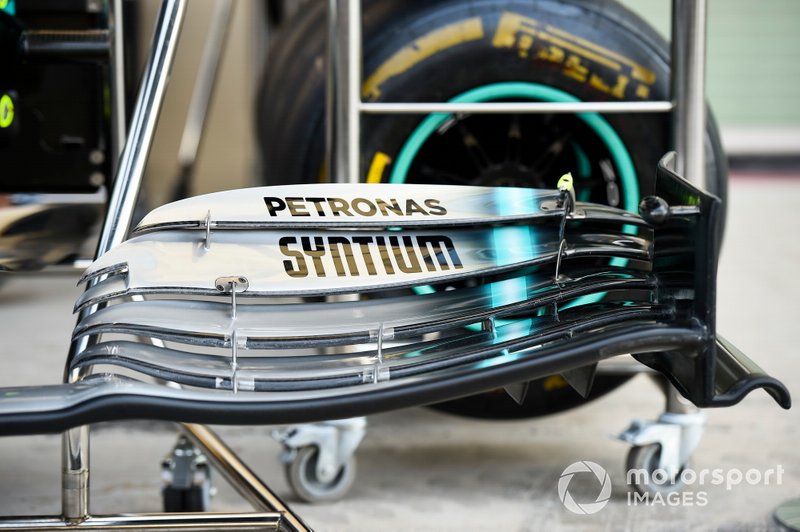 In comparison, here’s the Mercedes front wing which utilises the full span of the wing. 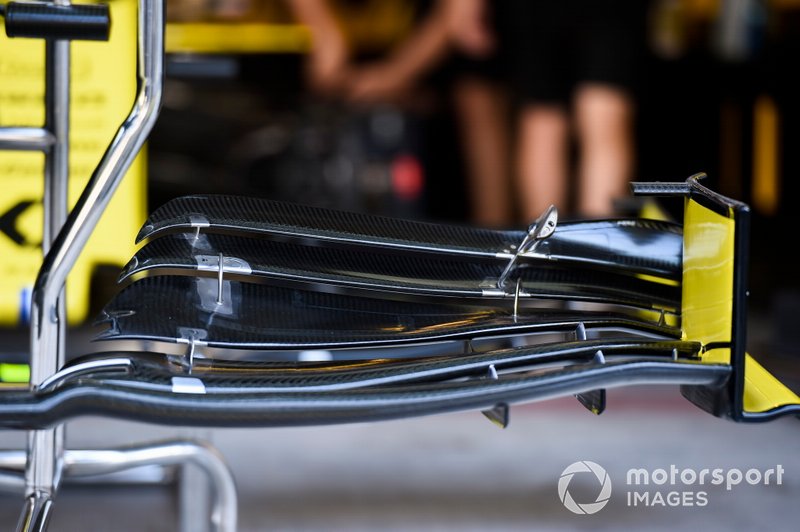 Renault’s front wing, a solution that still sits relatively central in the two design camps that arose to cater for the new rules this season. 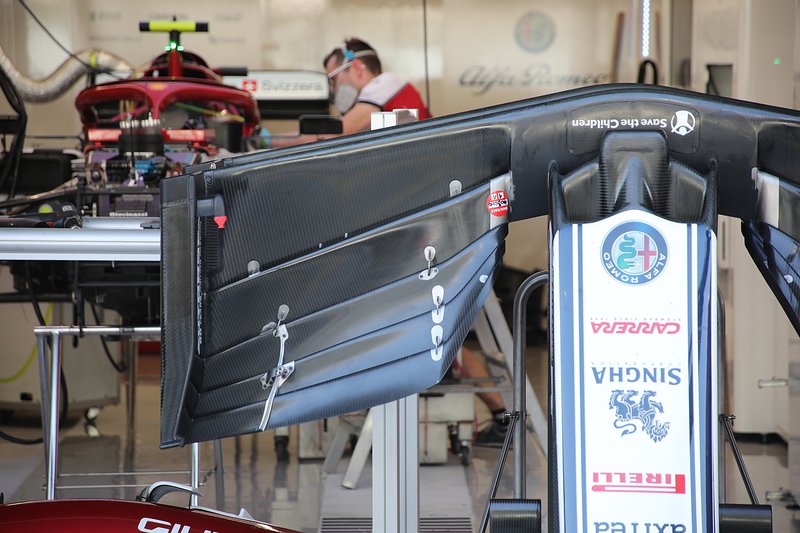 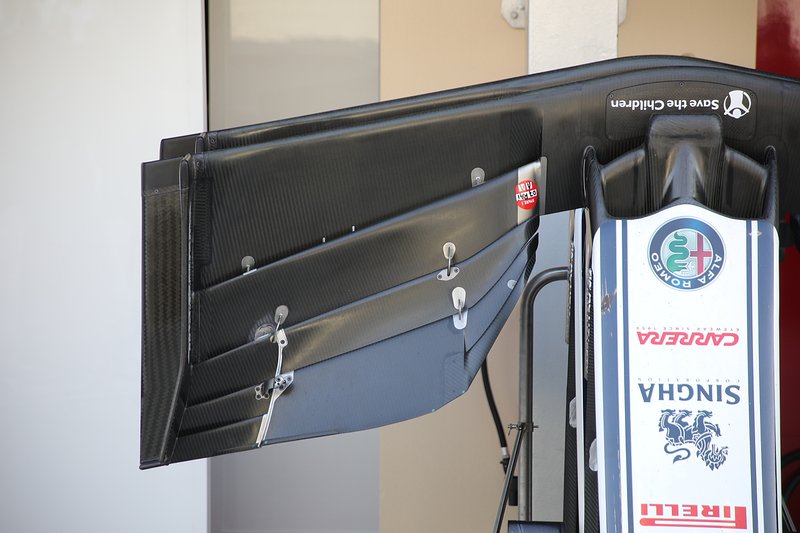 In comparison here’s the older specification front wing which features a four-flap arrangement, with slots at either end of the upper flap taking advantage of the ability to have five flaps