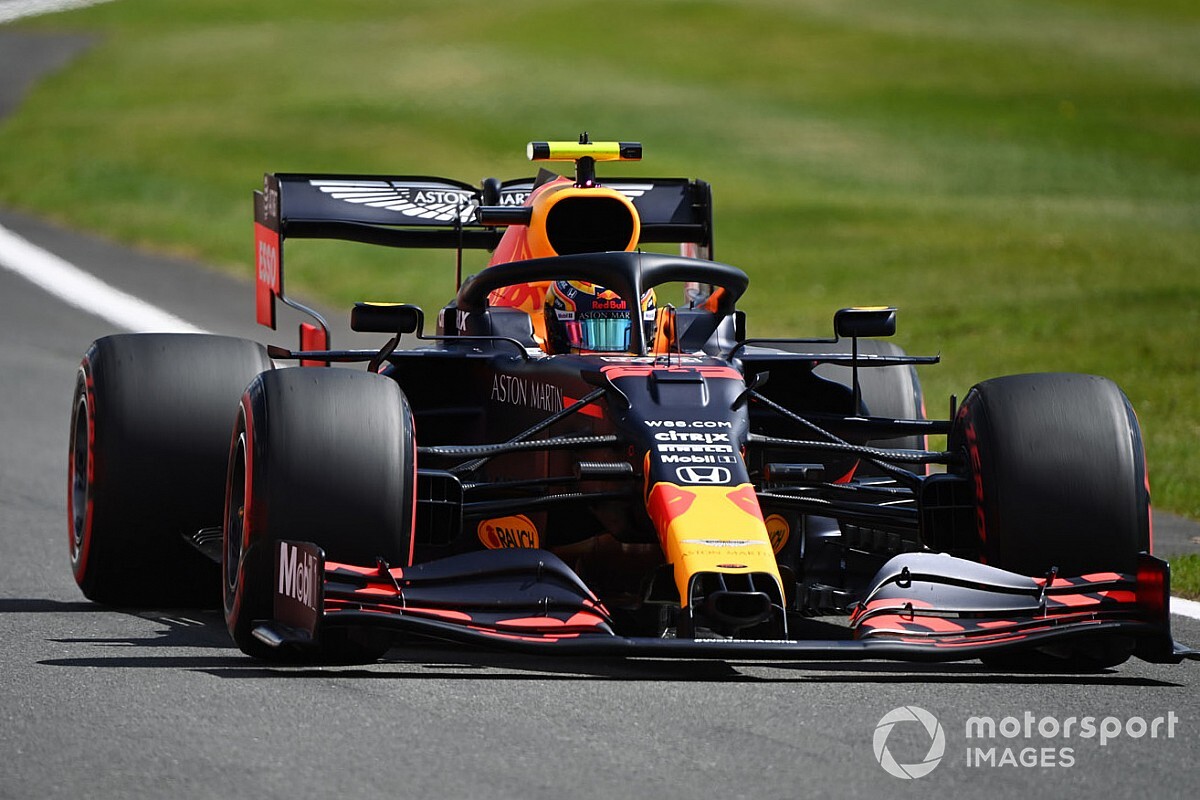 Alex Albon said that balance struggles dashed his hopes of a strong showing in qualifying for the British Grand Prix, as the Red Bull driver failed to make it out of Q2.

Following an encouraging start to Friday practice as new parts helped his RB16 feel more hooked up, the Thai driver had been put on the back foot after suffering a hefty crash at Stowe that forced a car rebuild overnight.

Having lost further track time on Saturday morning thanks to an electric problem in final practice, Albon never felt on top of things – and was at a loss to explain why he failed to get through to Q3 after a late attempt on softs.

He ended up only setting the 12th best time, but will at least get a free choice of tyre compounds for the start of the race.

"We [first] tried the mediums, it wasn't a terrible lap, but it wasn't an amazing lap," he said. "I had a couple of mistakes in the lap, so I knew we could go quicker.

"To be honest, I can't explain the last run too much. I feel like I just didn't extract the lap and that was it. I missed out. Obviously it wasn't by much, but at the same time definitely we should have been a bit higher up than we were."

Asked by Motorsport.com if his struggles were a legacy of missed track, time, Albon said: "Yeah, I mean it definitely didn't help. Obviously it's a bit notorious Silverstone for the wind, but I don't want to make any excuses of course.

"It's tricky out there. And, yeah, we obviously missed a bit of track time coming into qualifying, which would have been pretty useful obviously.

"Friday went pretty well. I mean obviously we had the crash, but the pace was strong so I was pretty positive going into today. But I just struggled: just struggled a bit with the change of balance and extracting the most out of it."

While Albon had a difficult day, teammate Max Verstappen qualified third - albeit more than one second adrift of pole position man Lewis Hamilton.