Albon explains why he ran plain helmet in Monza practice

Alex Albon made a late decision to test a different Arai helmet at the Italian Grand Prix, as part of a Red Bull experiment to see if it can help boost aero performance. 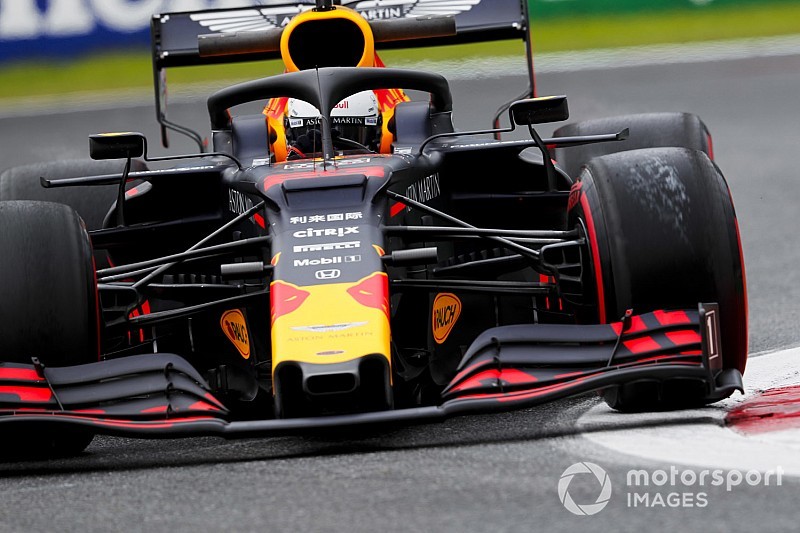 The Thai driver has previously used Bell in Formula 1, but on Friday at Monza he tested a mainly white Arai version for the opening day of action. A fully painted version is due to arrive on Saturday.

Red Bull revealed earlier this year that its 2019 car's aero concept was based around an Arai helmet, and Friday's tests will have been to evaluate if the change has delivered more performance.

Speaking about the change, Albon said that was well as looking at airflow, the team hoped that it could improve radio communication.

"It was quite a late decision," said Albon. "Hopefully we will have it [fully] painted for tomorrow. We just wanted to see if we can help improve the radio, as well as just obviously [performance]."

Albon said that the change had not felt much different to him, with teammate Max Verstappen having had to switch to Schuberth earlier this year because he was uncomfortable with Arai's 2019 model.

He added: "I am not Adrian [Newey] so I can't speak too much, but they were keen for me to try that. Every detail matters in F1.

"For me it doesn't change that much. All the helmets these days have such a small specification that they have to follow, they all feel quite similar once you put the helmet on."

Albon said he was not sure which helmet manufacturer he would continue with for the rest of the season though. "We'll see," he said. "We'll back to back..."

Red Bull had a quite encouraging opening day of action at Monza, with them being closer to Mercedes and Ferrari than some had expected.

"We are there. We can chip away at that," said Albon. "We will see what happens with everyone tomorrow. First feeling was pretty good. Balance wasn't too bad at all, so just chipping away on my side as well."

For Verstappen, who will start the race from the back of the grid thanks to an engine change penalty, the day had been very encouraging.

Asked if the potential in the car meant he could have some fun in moving up the order on Sunday, the Dutchman said: "Yeah I think so, especially with the pace we showed today. The car was working really well.

"Also everything went very smoothly which is very positive. I'm looking forward to Sunday as tomorrow is going to be a little bit annoying of course not getting into qualifying like I want to, but that is how it is."