Albon told to "just not care" about F1 pressure 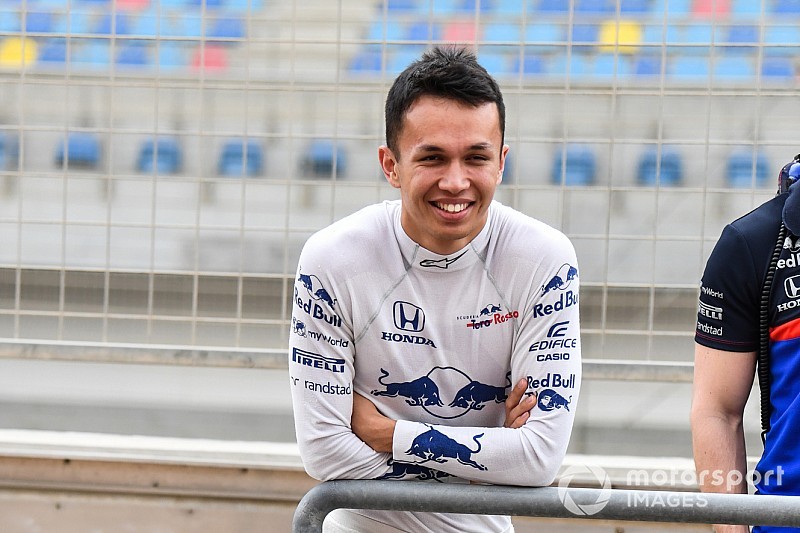 Albon stepped up to grand prix racing after finishing third in Formula 2 in 2018, having had no previous F1 driving experience before making his debut with Toro Rosso at Misano during a filming day ahead of pre-season testing.

The Thai driver finished 14th in his maiden race in Australia before scoring two points with ninth place in Bahrain. Albon says he has taken his team boss' advice on board in order to deal with the pressure.

"It's easy in this world, especially in F1, to feel under pressure all the time," said Albon. "I'm here to enjoy it really, I love the sport. It's not taking a step back to it all, but it's enjoying it really.

"Franz always tells me 'don't care', that's his motto 'just don't care'. Just do your thing. I do take it on board because it definitely is a thing in Formula 1."

Albon started the Australian Grand Prix weekend with a crash in first practice, and he admitted the media comments about it made him dwell on the accident after having initially not given it any thought.

"Melbourne wasn't the greatest start after the spin in FP1, it was a bit different to what I'm used to," he added. I have a spin and I didn't think about it much but then you have the media saying 'tricky day'."