Toro Rosso boss Franz Tost has played down suggestions that Alex Albon could be fast-tracked in to Red Bull as early as next year, on the back of his impressive start to Formula 1.

Albon has shown strong performances in the first four races of the year and, with Pierre Gasly having faced some struggles at Red Bull, there has already been speculation he could be promoted if the main team thinks it needs to change drivers.

But while Tost has been hugely encouraged by how quickly Albon has adapted to F1, he is clear that the Anglo-Thai driver will need a lot more experience before he could be considered for Red Bull.

“Red Bull is a different league," Tost told Motorsport.com. “Red Bull is a team that competes for race victories and world championships. For me, he needs at least the two or three years that I always say a driver needs until he knows how to get on in F1.

"I can explain this with examples. He is confronted with new situations in every qualifying session in the first year. Take Baku: the sunshine through the skyscrapers at 2pm was different than in the final practice session in the morning. The grip is different. And he is confronted with these conditions for the first time in qualifying. That's a difference.

"Now you can say: 'In 2020 he won't know what the weather will be like either'. That's true. But at least he then has the experience how he can drive over the kerbs, at what angle he has to approach the corners, how he has to react on the brakes, what speed he can take into the corners in order to accelerate out of the corners in the best possible way.”

Tost thinks that it could be counterproductive for a young driver if they get pushed in to a top team too soon.

"The more often a driver is on the track, the better and faster he can adapt to new conditions,” he said. “A young driver learns this for the first time.

“If he then drives in a top team, the expectations are different. Then the pressure increases, and then he may think he has to force things - and then he runs into the machinery so that the shot backfires."

He added: "Now you can say: '[Charles] Leclerc also does a super-good job at Ferrari’, but he was also prepared really well and showed sensationally good performances in all junior classes.

"This contradicts the thesis that it takes three years to prepare a driver properly. But in my opinion it normally takes two to three years." 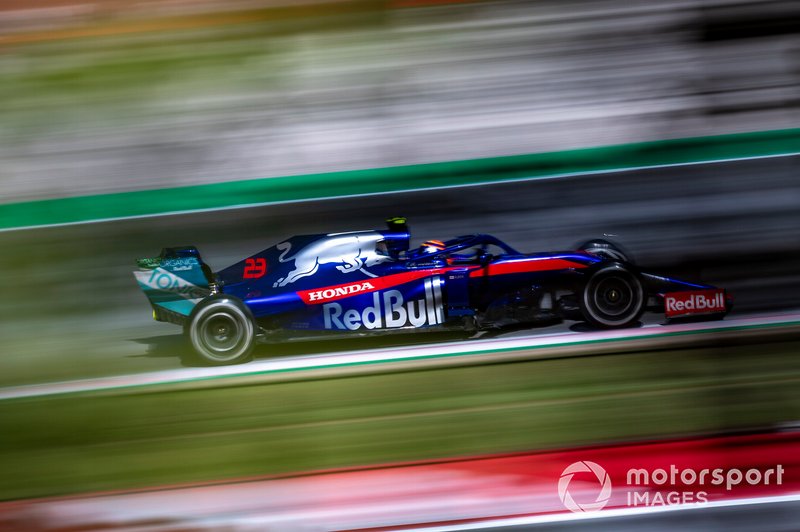 Fantastic fourth for Crutchlow in Texas